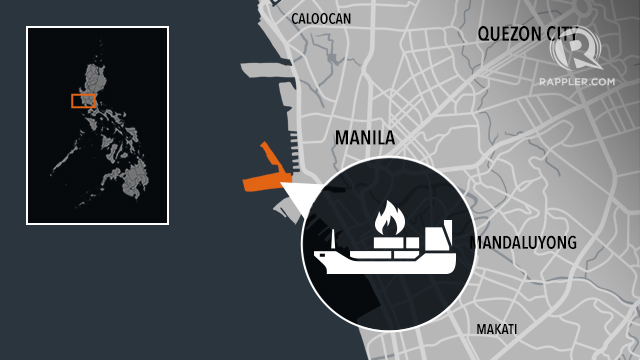 MANILA, Philippines – A container van on board a shipping vessel in Tondo, Manila caught fire and is on 4th alarm as of 1:16 pm, Saturday, September 12.

The incident affected a portion of MV Cape Moreton docked at the Manila North Harbor starting at 9:12 am.

According to Oliver Sison of the Manila Fire District, the fire reached 3rd alarm at 9:52 am and 4th alarm at 11:24 am.

Philippine Coast Guard Commander Armand Balilo meanwhile said that there are currently 6 firetrucks and 3 tugboats responding to the fire as of 2:14 pm.

No casualties were reported, while the cause of the fire is still being determined.