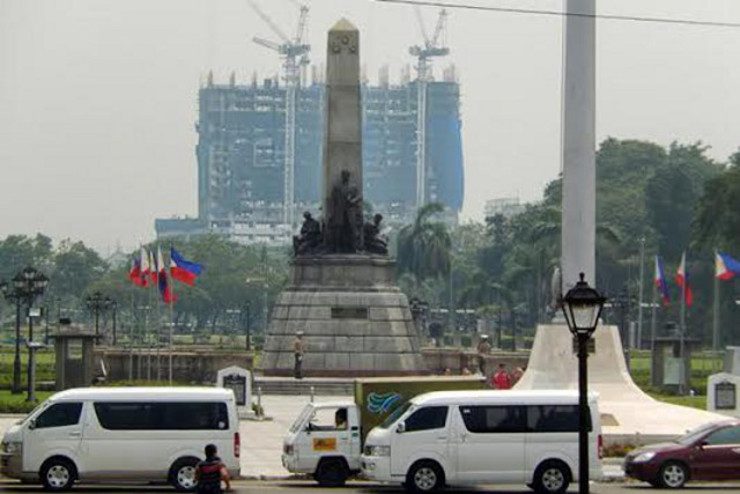 MANILA, Philippines – The Office of the Solicitor General (OSG) has asked the Supreme Court (SC) to order DMCI Homes, developer of the controversial Torre de Manila condominium in Manila, to demolish the high-rise residential project because it violated local zoning laws and national laws protecting historical and cultural heritage.

In a 46-page memorandum dated September 21, Solicitor General Florin Hilbay said that an order of demolition against the building “is a natural consequence of the finding that the Torre de Manila was built in violation of national and local laws.”

“The Honorable Court should directly order DMCI to demolish the Torre de Manila, at its own expense,” the Solicitor General said.

The OSG represents government respondents National Museum and National Commission for Culture and the Arts (NCCA) in the September 2014 petition filed by the Knights of Rizal against Torre de Manila, which has been slammed for ruining the sightline of the historic Rizal Monument in Manila.

The group has hit the 49-story building for violating both heritage laws and local zoning laws that would have limited the building’s height to only 7 floors.

In July, the High Court began hearing oral arguments on the petition, with magistrates tackling issues on constitutional provisions on heritage preservation, the legality of permits issued by Manila city officials, and the legal mandate of cultural agencies to stop the building’s construction. (TIMELINE: The Torre de Manila case)

In his memorandum, Hilbay reiterated that the high-rise residential project marred the sightline of the Rizal Monument, which he said was legally protected because it “constitutes part of the cultural commons of the Republic.”

He also hit DMCI for continuing construction despite questions on the legality of the permits it obtained from Manila city officials.

“The Honorable Court should therefore not consider itself especially burdened by the responsibility of having to order the demolition of the Torre de Manila, given that the danger of loss DMCI now confronts is entirely self-imposed – it has assumed the risks to which it is now exposed,” the memorandum read.

The OSG said the court may also order the city of Manila to require DMCI to make the “necessary changes” in the building’s construction, or to demolish it “to the extent that it impairs the sightline of the Rizal Monument.”

In his memorandum, the Solicitor General said the monument of the national hero is protected by the conservationist and protectionist policies in the Constitution.

“The Constitution declares that all the country’s artistic and historical wealth constitutes the cultural treasure of the nation and shall be under the protection of the State. The accompanying mandate is for the State to conserve, promote and popularize the nation’s historical and cultural heritage,” Hilbay said.

He also cited the position paper submitted by National Historical Commission of the Philippines (NHCP) chair Maria Serena Diokno to a Senate committee in August 2014.

In the paper, Diokno said that the Torre de Manila “visually obstructs the vista and adds an unattractive sight to what was once a lovely public image” of the Rizal Monument.

For this reason, the OSG said that its former client, the NHCP, “acted outside of its jurisdiction” by going against its mandate when it said that there was no legal justification to stop the construction of Torre de Manila.

“The government agrees with the NHCP’s findings of fact even as it emphatically disagrees with the NHCP’s position that the situation we are in is damnum absque injuria – that there is no law that can be invoked to remedy the impairment of the sightline of the Rizal Monument,” the Solicitor General said.

“It is the position of the government that this legal self-immolation is an abject refusal to perform a legal mandate and constitutes grave abuse of discretion,” he added.

The OSG dropped the NHCP as its client in the case over differing positions on the issue. (READ: SolGen now declares Torre de Manila illegal)

Hilbay also hit DMCI for continuing construction of the high-rise building despite the questionable circumstances in the way it obtained permits from Manila city officials.

During the oral arguments at the SC, Manila city legal officer Jose Alberto Flaminiano admitted that at the time the permits were granted for the construction of Torre de Manila, DMCI had not yet applied for a variance or exemption from local zoning laws.

During the oral arguments, several SC justices also questioned the chronology of events leading to the issuance of building and zoning permits. (READ: Rule of law not followed in Torre de Manila permit – SC Justice Jardeleza)

“DMCI knew its permits were void, but constructed Torre de Manila anyway…DMCI simply cannot use its supposed ignorance of zoning laws as an excuse,” Hilbay said.

“It would be the height of impunity to allow DMCI to use as an excuse its own violation of the law, just as it would be injurious to the rule of law to allow a violator to profit from the illegality of one’s acts,” he added. – Rappler.com