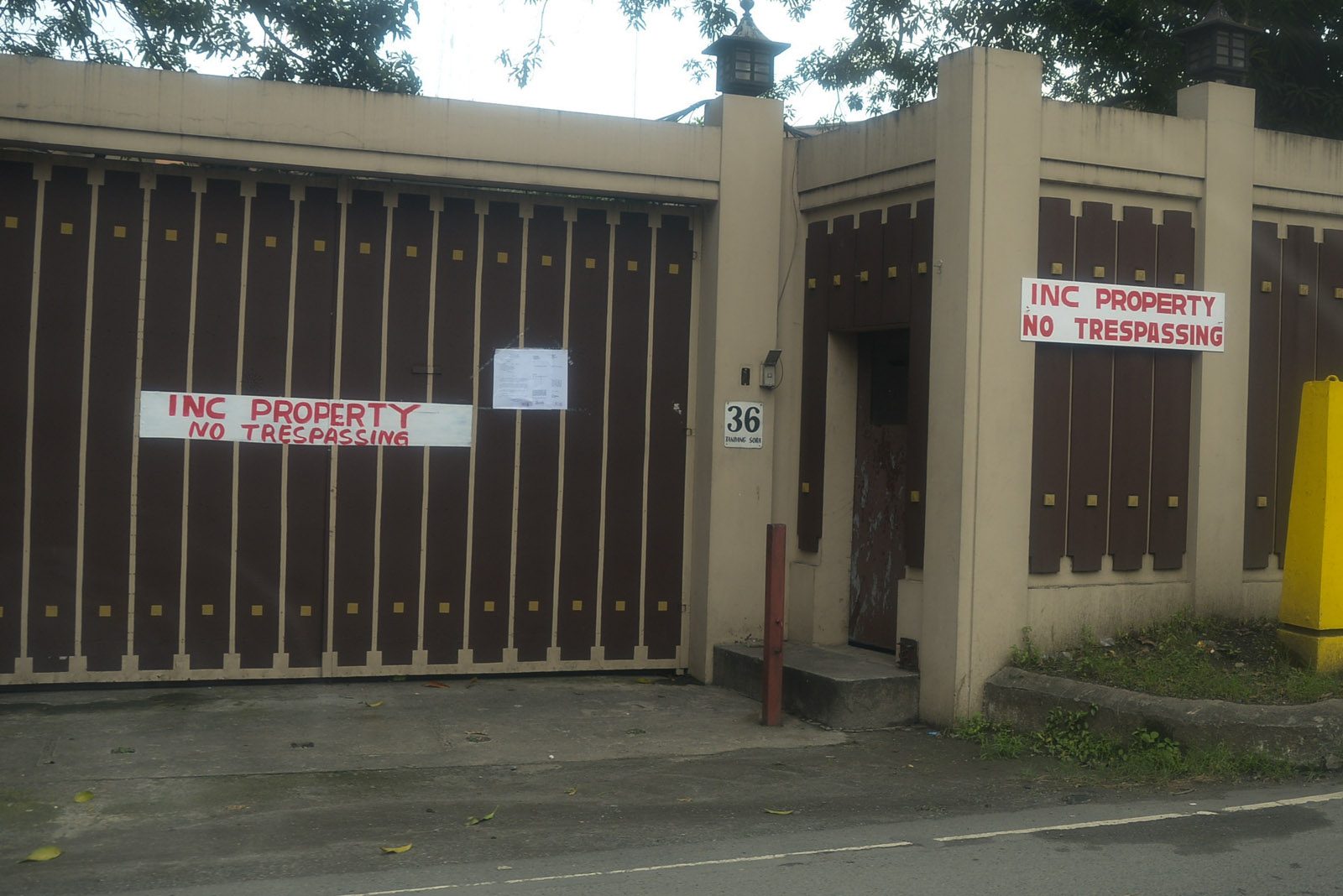 MANILA, Philippines – The estranged siblings of Iglesia ni Cristo (INC) executive minister Eduardo Manalo continue to be harrassed by leaders of the powerful church, with a guardhouse and additional security cameras set up outside their residence in Quezon City, lawyer Trixie Cruz-Angeles said.

In a phone interview with Rappler on Thursday, October 8, Angeles said a guardhouse, a portable toilet, and additional security cameras were set up at the INC-owned compound in Tandang Sora, Quezon City, where her clients Felix Nathaniel “Angel” Manalo and Lolita “Lottie” Manalo-Hemedez currently reside.

Angeles said this was not part of the “working arrangement” agreed upon by the INC and the Manalo siblings. This is in relation to the petition filed by the church asking a court to prohibit the siblings from meeting visitors or accepting deliveries at the Tandang Sora compound because of security concerns.

The Manalo siblings have been residing at the compound even after being expelled from the powerful church last July.

Their elder brother and the INC’s leader, Eduardo, expelled his siblings and his mother after they revealed a supposed death threat against them. Angel Manalo later spoke out against corruption within the church, headed by his elder brother. (INFOGRAPHIC: The Manalos of the Iglesia ni Cristo)

Last month, the INC asked a Quezon City court to ban visitors from the INC-owned compound. As a compromise, the Manalo siblings agreed to provide a list of visitors and occupants inside the compound.

They also agreed to allow the INC to post guards at the gate.

What they didn’t agree on, Angeles said, was the installation of a guardhouse and a portable toilet that the lawyer said was blocking the driveway.

“What if there was an emergency? The INC should be held responsible. There’s no access to the driveway because of the portalet and the guardhouse,” Angeles said.

She also hit the installation of additional security cameras and the tight screening of food delivery personnel as “overkill.”

“It’s their property and they can regulate it. But if they really wanted to protect their property, why didn’t they file an ejectment case?” Angeles said.

She added, “They want the Manalo siblings to leave on their own. It’s a battle of wills.”

The Philippine Daily Inquirer earlier reported that INC counsel Serafin Cuevas Jr said the Manalo siblings’ continued stay at the compound, despite their expulsion from the church, was “tolerated.”

Angeles, however, said that by allowing the Manalos to live inside the compound, the INC should also allow them the right to receive visitors.

The lawyer also pointed out that the INC has yet to conclusively prove that the Tandang Sora compound is the church’s property.

During the hearing for the INC’s petition for a temporary restraining order, Angeles said the INC presented 9 different land titles and the testimony of a surveyor.

But Angeles said the only credible testimony should come from a public officer from the registry of deeds. – Rappler.com