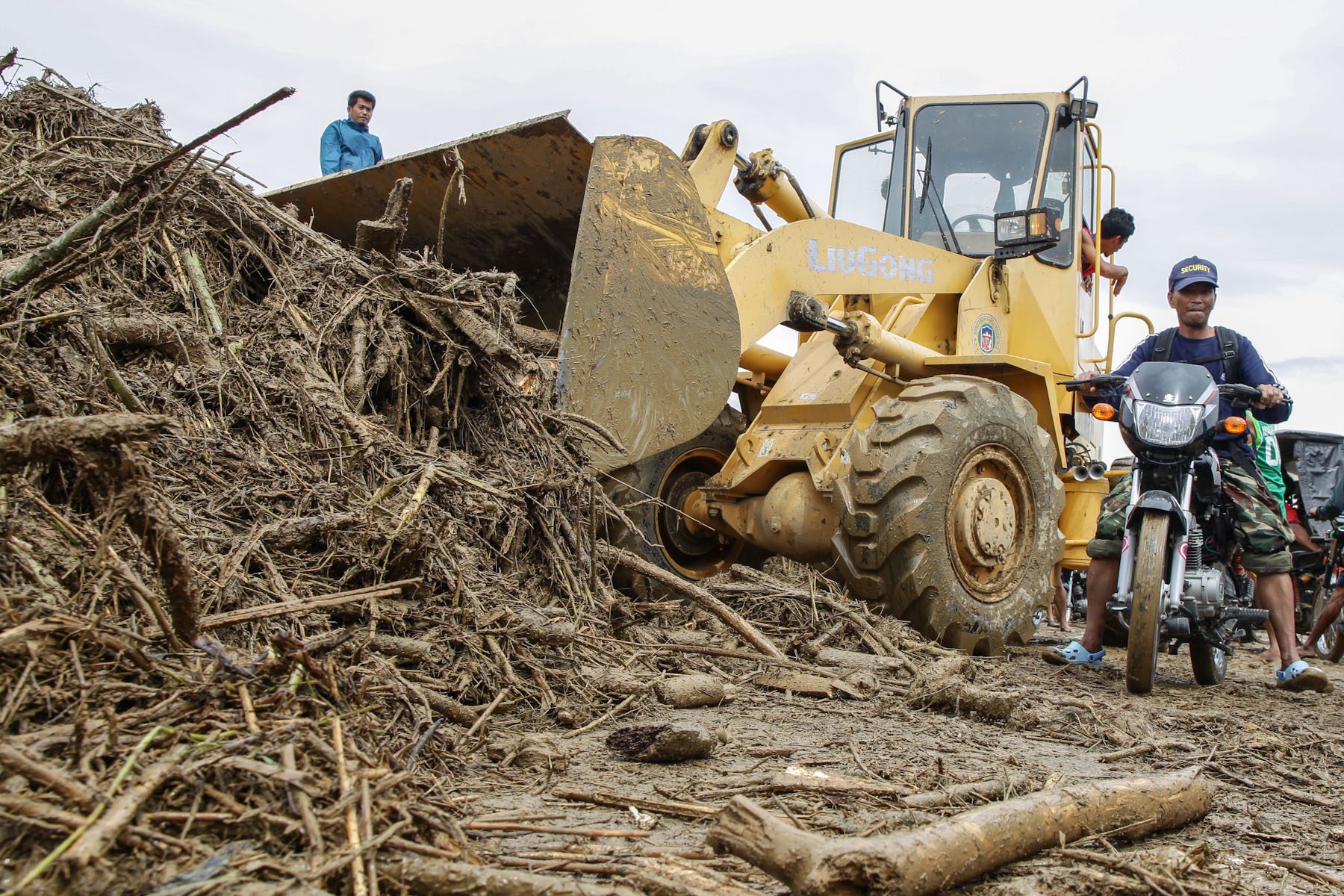 Facebook Twitter Copy URL
Copied
(UPDATED) The Cordillera region records the highest number of confirmed casualties so far, according to the NDRRMC

MANILA, Philippines (UPDATED) – At least 35 people have been killed and nearly a million people affected by the onslaught of Typhoon Lando (Koppu) over the weekend, the National Disaster Risk Reduction and Management Council (NDRRMC) said.

The most number of casualties was recorded in the Cordillera Administrative Region (CAR), with 16 confirmed dead.

Meanwhile, 907,267 people have been affected by the heavy rain and flash floods triggered by the typhoon. More than 25,000 families are currently seeking shelter in 512 evacuation centers.

Flooding and landslides have also kept 123 road sections and 24 bridges impassable to vehicles.

As the weather improved three days after the onslaught of the typhoon, officials were also counting the cost of ruined crops and drowned livestock from heavy rain that flowed into the vast farming regions north of Manila.

“Although the water is still flowing downstream, it has started to subside in some areas,” Mahar Lagmay, director of a government project to mitigate the impact of natural disasters in the Philippines, told Agence France-Presse.

Heavy rains across the mountainous northern Philippines, the cause of most of the flooding in the farming plains, had also eased, according to Lagmay and a local civil defense official.

More than 300 villages had been submerged across the central farming regions of Luzon on Monday and Tuesday, with the flooding consuming entire homes in some areas.

The damage to agriculture and infrastructure due to the typhoon has risen to P6.57 billion, with agriculture suffering the biggest loss.

The typhoon had left a trail of destruction across regions where agriculture was the main source of livelihood. (READ: Nueva Ecija: Destroyed rice, vegetable farms everywhere)

NDRRMC executive director Alexander Pama earlier said the provinces of Aurora and Nueva Ecija were the hardest hit by the typhoon.

In Regions I, II, III, CALABARZON, V, and CAR, damage to agriculture was pegged at P6.01 billion.

Based on initial reports, damage to infrastructure was at P559 million. Most of the damaged houses were recorded in regions I, II, III, and CAR. Of the 6,947 houses damaged by the typhoon, 540 were totally destroyed.

As of 5 pm on Wednesday, Lando had weakened further into a low pressure area.

When it first struck the east coast of Luzon on Sunday morning, its gusts were 210 kilometers an hour, making it the second strongest storm to hit the Philippines this year.

The Philippine islands are often the first major landmass to be hit by storms that emerge over the Pacific Ocean. The Southeast Asian archipelago endures about 20 major storms each year, many of them deadly.

The most powerful storm ever recorded on land, Super Typhoon Haiyan, hit the central Philippines in 2013, leaving at least 7,350 people dead or missing. – with reports from Agence France-Presse/Rappler.com