Nov 3, 2015 5:08 PM PHT
Facebook Twitter Copy URL
Copied
The INC says former minister Lowell Menorca should not be entitled to the privilege of a writ of amparo because there is no actual threat against him 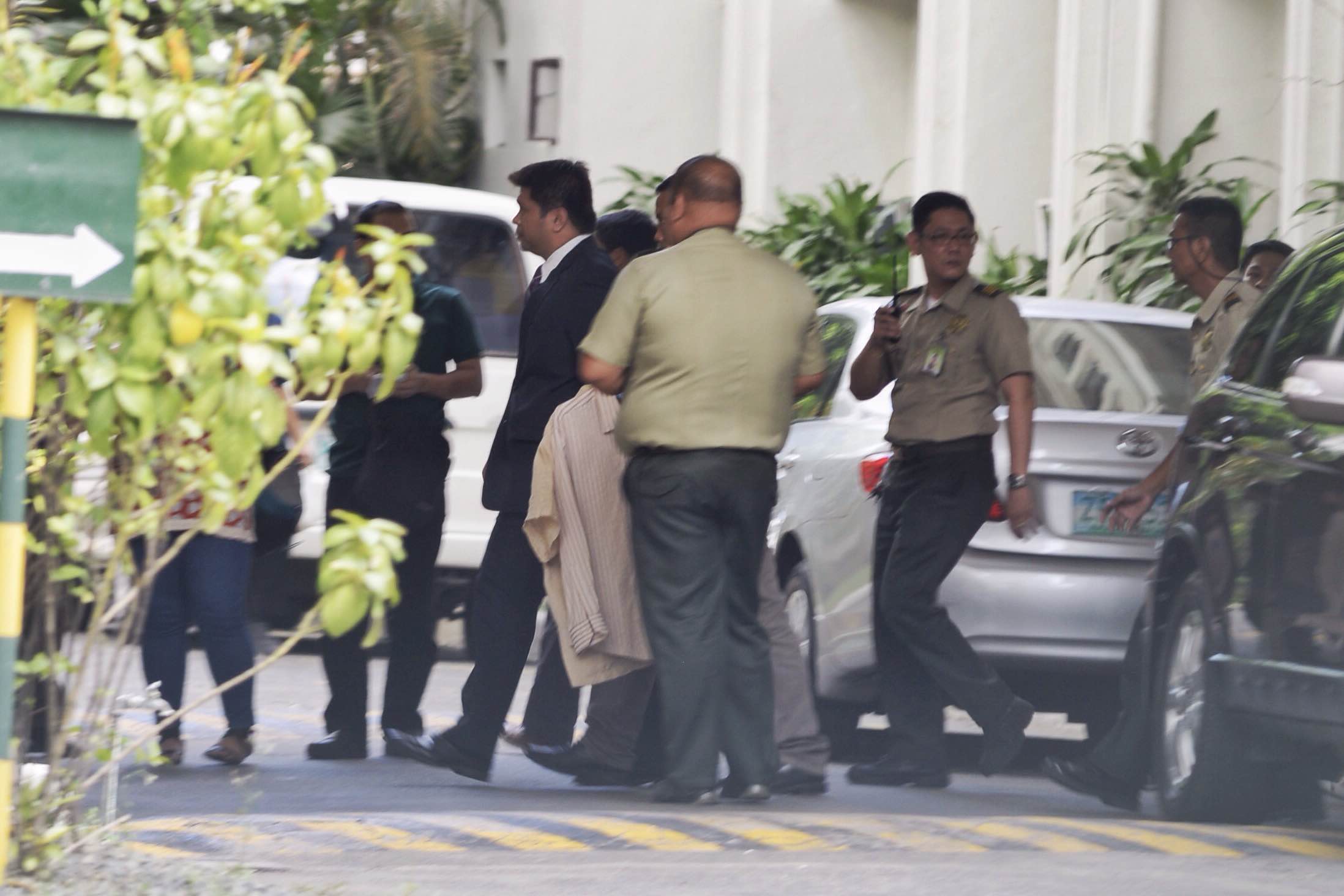 MANILA, Philippines – The Iglesia ni Cristo (INC) asked the Court of Appeals (CA) on Tuesday, November 3, to dismiss the petition for writs of habeas corpus and amparo filed by the relatives of former INC minister Lowell Menorca for being “moot and academic.”

In the first hearing on the case at the CA 7th Division, INC counsel Patricia Ann Prodigalidad said that the writ of habeas corpus, a legal remedy sought on behalf of a person who is illegally detained, is no longer applicable to Menorca’s case because he and his family are no longer with the INC.

The case stems from a petition filed by Menorca’s relatives before the Supreme Court, where they claimed that Menorca and his family were illegally detained by members of the INC’s top administrative body, the Sanggunian.

On October 23, the High Court directed top INC officials, including executive minister Eduardo Manalo, to produce Menorca and 3 others before the appellate court.

But on the same day the SC issued its order, Menorca was rescued. In a press conference, he claimed that he was abducted to force him to expose members critical of the church.

Manalo and top INC officials were no-shows at Tuesday’s hearing at the CA. They were represented by Prodigalidad and 5 other lawyers.

During the proceedings, Prodigalidad argued that Menorca was not entitled to the privilege of a writ of amparo because the former minister was not under threat.

A writ of amparo is a remedy available to any person whose right to life, liberty and security has been violated or threatened.

Citing a Supreme Court case, Prodigalidad said that the writ of amparo would be applicable when there is an “actual threat that is not merely one of supposition.”

The lawyer pointed out that by the admission of Menorca’s lawyers, the former minister was now in a “safe” place along with sympathizers. He was also able to hold interviews with members of the media.

“They are clearly free and safe,” Prodigalidad said.

“With that kind of freedom, there clearly is no threat,” she added.

But Menorca’s lawyer, Trixie Cruz-Angeles, disputed the claims of the INC camp that there was no threat against the former minister and his family.

In an interview with reporters, Angeles said a woman, purportedly from the police’s Criminal Investigation and Detection Group, allegedly tried to force the Menorcas’ househelp, Abegail Yanson, to come with her during the hour-long recess in the proceedings.

Angeles later brought up the incident before the court, citing it as further proof that her clients warrant the protection of a writ of amparo.

But Prodigalidad disputed her claim, saying that according to reports which reached her, the commotion was due to Yanson’s mother being prevented from embracing her daughter.

Angeles, however, countered that she was personally present when the incident happened.

CA Associate Justice Magdangal de Leon then asked Yanson if the woman who approached her was her mother. Yanson said she did not know the woman.

In an earlier interview with reporters, Angeles also cited other incidents that, she claimed, constitute harassment for her clients, including a report that there was supposedly an arrest warrant for Menorca.

Angeles said she has not received a copy of the alleged warrant, and added that if there was one, they can move to have it quashed because there was no preliminary investigation.

“Tuloy ang pang-harass at maliwanag na kailangan namin ang writ of amparo,” she said. (The harassment is ongong and it’s clear that we need the writ of amparo.)

Angeles added that witness testimonies will prove that the threats had “never stopped.”

The CA has directed both camps to submit affidavits by Thursday, November 5. The next hearing will be held at 10 am next Wednesday, November 11.

Menorca’s case is the latest in a string of controveries confronting the 101-year-old church. The politically influential but now fragmented INC is facing its worst crisis in years, with former ministers accusing top leaders of corruption and of illegally detaining those who dared to oppose the INC.

In July, Manalo’s estranged sibling and mother made an emotional appeal for help, claiming that their lives were in danger. They were later expelled from the church for making these claims.

That same month, Menorca was arrested in Dasmariñas, Cavite, for alleged illegal possession of a hand grenade.

He was released on July 26 after the complaint was withdrawn, but his whereabouts immediately after that had remained unknown. His relatives claimed that the former minister and his family were prohibited from leaving the INC compound in Quezon City.

A month later, former minister Isaias Samson lodged a complaint against top INC officials for allegedly detaining him and his family.

The move sparked a massive days-long protest, with hundreds of the Iglesia faithful amassing in the streets outside the justice department, and later on the major thoroughfare EDSA, triggering traffic jams and angering various sectors. – Rappler.com