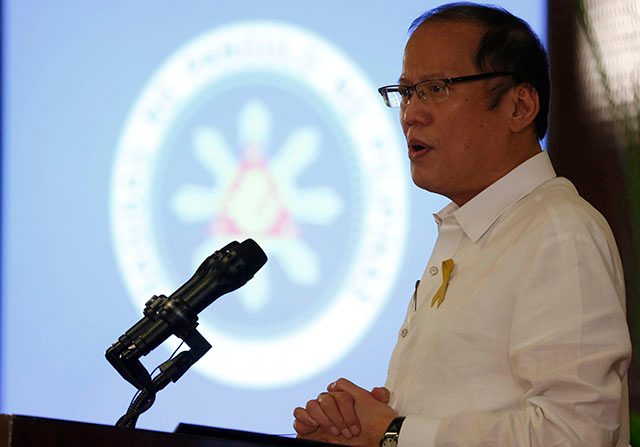 MANILA, Philippines – Basic salaries of government employees are set to increase by an average of 27% should a bill endorsed by President Benigno Aquino III become a law.

The Department of Budget and Management (DBM) announced that Aquino endorsed to Congress on Monday, November 9, the proposed “Salary Standardization Law of 2015” (SSL 2015), a measure that would mandate “a 4-year P226-billion compensation increase for the national government’s 1.53 million civilian and military and uniformed personnel.”

“The bill seeks to increase the basic salary of covered employees on the average by 27%, while the 14th month pay will further raise compensation by 8%. The enhanced PBB is equivalent to 1 to 2 months’ salary or an average 10% increase in salary. Government personnel who play a greater role and carry a heavier responsibility in improving government performance, will receive a higher bonus,” Abad added.

After 4 tranches, Abad said, government pay “on a weighted average basis” is seen to increase by 45% or be around 84% of private sector pay. Salary Grade would will be 154% of the mark while Salary Grade 33, the highest, which is received by the President, will take up 70% of the market.

The DBM said current government pay, on average, is only 55% of market rates.

Abad explained the adjustment of government salaries is according to the Joint Resolution No 4 of Congress of 2009, “which provided for a review of the compensation and position classification system after 3 years from the last year of the adjustment (which was June 1, 2012).”

It’s a move to measure “the competitiveness of government pay in relation to the private sector” and “the compensation strategy to bring government pay closer to market rates.” Human resource consulting firm Towers Watson was tapped by the DBM to study the proposal, which was completed in July 2015.

Abad explained the guidelines of their proposed compensation adjustment:

The first cycle of the adjustment is set to take effect on January 1, 2016, with the subsequent 3 tranches taking effect every succeeding January 1 until 2019.

But sitting government officials, particularly the elected ones, will not benefit from the proposed measure. Under the Constitution, increases to the President and Vice President’s salaries will only take effect after the incumbent’s term expires. The same applies to members of Congress.

Aquino’s Cabinet members don’t stand to benefit either since the adjustment for regular Cabinet members will only take effect on July 1, 2016, or after Aquino’s term ends. – Rappler.com