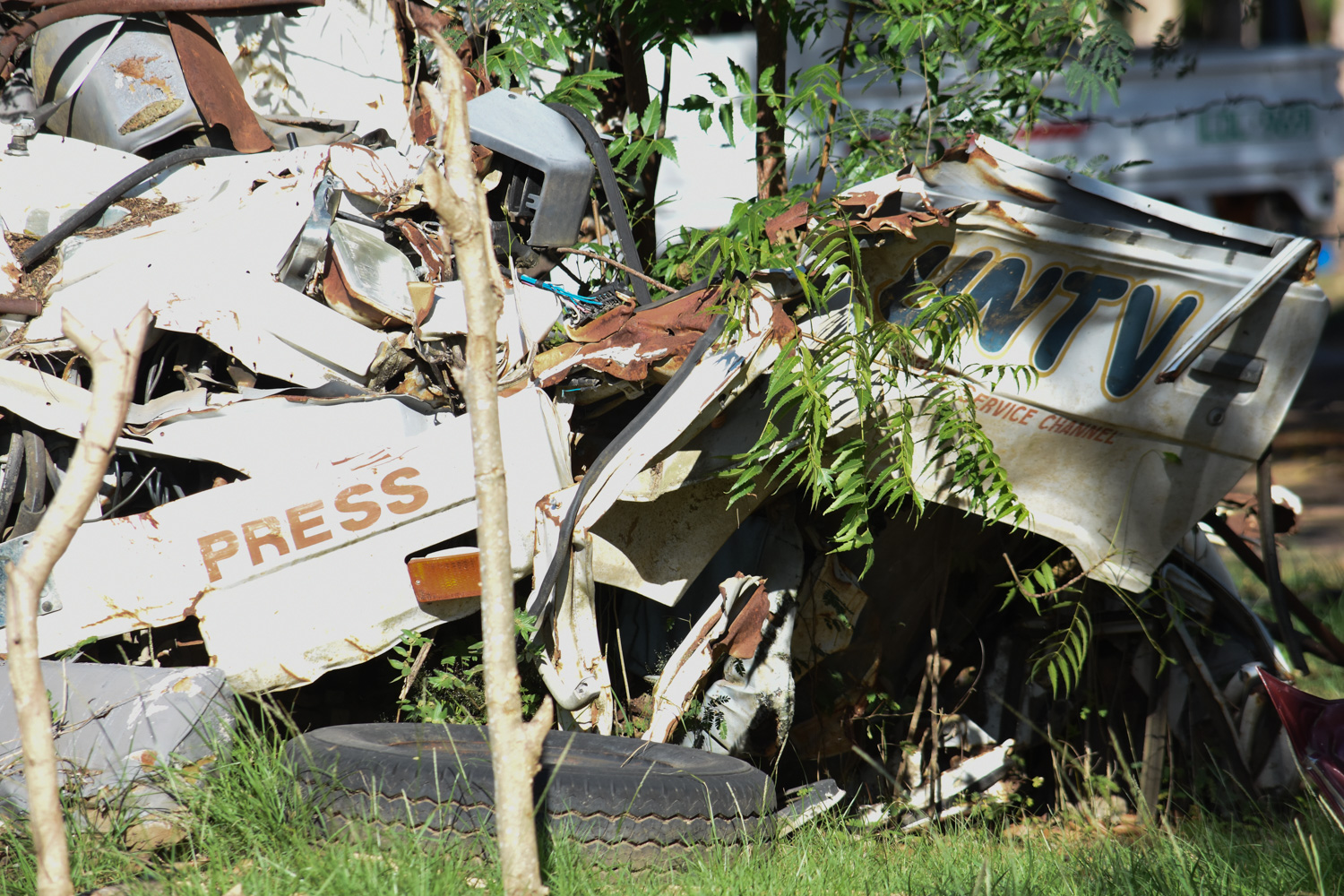 Grace is the wife of Rossell Morales, one of the 32 local journalists who were senselessly murdered on November 23, 2009, in what is considered the single deadliest attack against the media.

Grace, who also lost sister Maritess Cablitas in the massacre, was referring to the slow grinding of the wheels of justice.

A total of 58 people were killed when the convoy carrying the relatives of then-Buluan Vice Mayor Esmael Mangudadatu, and journalists, was attacked.

Merlyn Perante’s husband Ronnie, a Koronadal-based correspondent of Gold Star Daily, was among those killed.

On Saturday, November 21, Merlyn and her sons, Ian and Ronnie III,  joined Grace and other victims’ relatives at the massacre site.

Five-year-old Ronnie III, who barely spoke during the hours-long trip, was still in his mother’s womb when his father was killed. At his father’s tomb marker, he lit a candle and planted a yellow chrysanthemum. 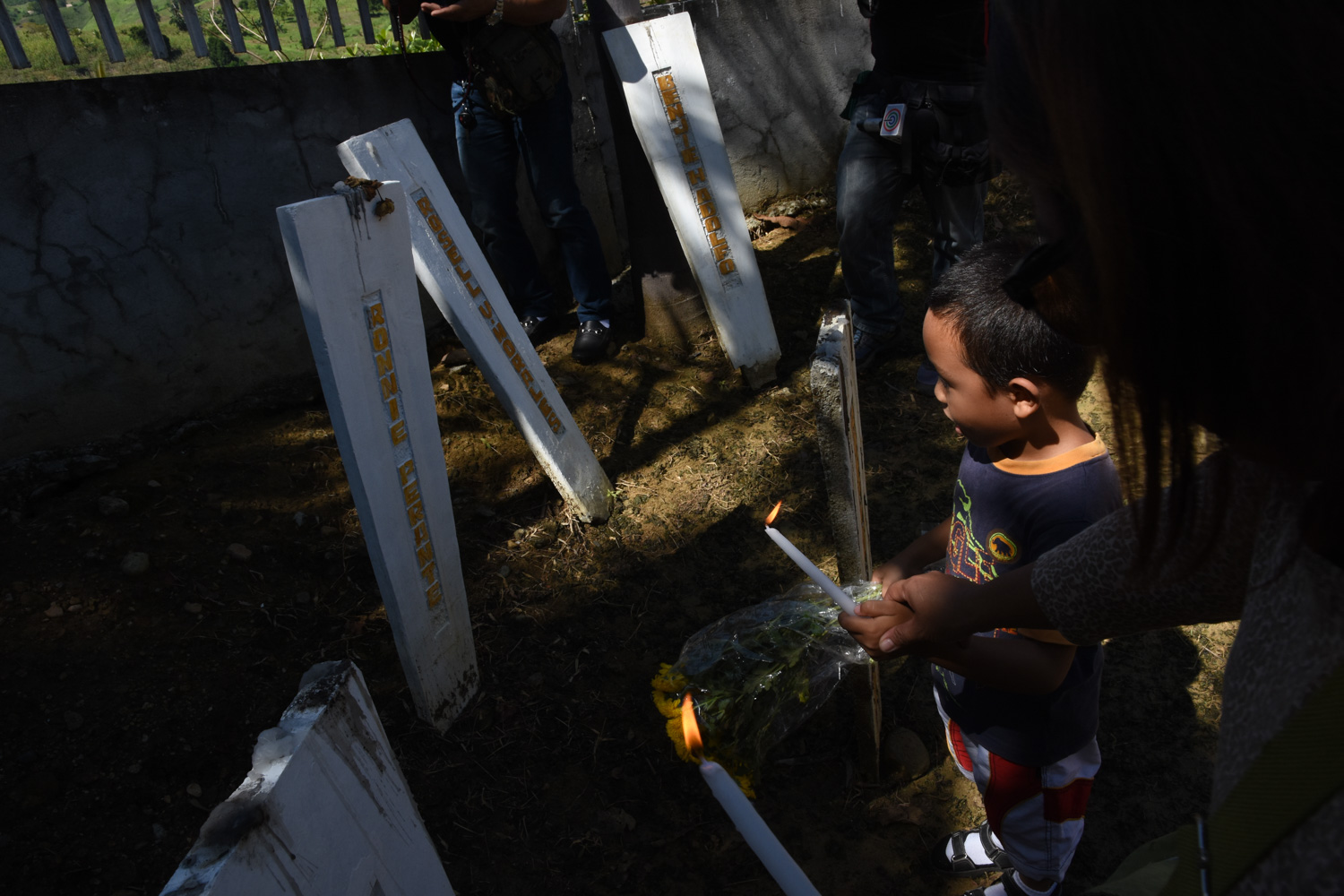 Ian, now 14, said it was his second time to visit the massacre site. The first was a year after the gruesome killings.

He, too, was stoic. His innocence, as a 9-year-old boy then, lost on the day he lost his father.

No one to turn to

On the sidelines after prayers and flowers were offered, Grace said they no longer have updates on the murder trial of primary suspect Andal Ampatuan Jr. The alleged mastermind, Ampatuan clan patriarch Andal Sr, died last July, while over 80 other suspects remain scot-free.

Grace also said that the resignation of private prosecutor Prima Quinsayas, who was appointed government prosecutor, has left them without a private counsel.

Now-Maguindanao Governor Esmael Mangudadatu has offered the services of his private lawyer, Nena Santos, to take over Quinsayas’ cases.

But Grace said she has to consult the other relatives whose cases were handled by Quinsayas. They are also hoping that lawyers would take on their case pro bono. 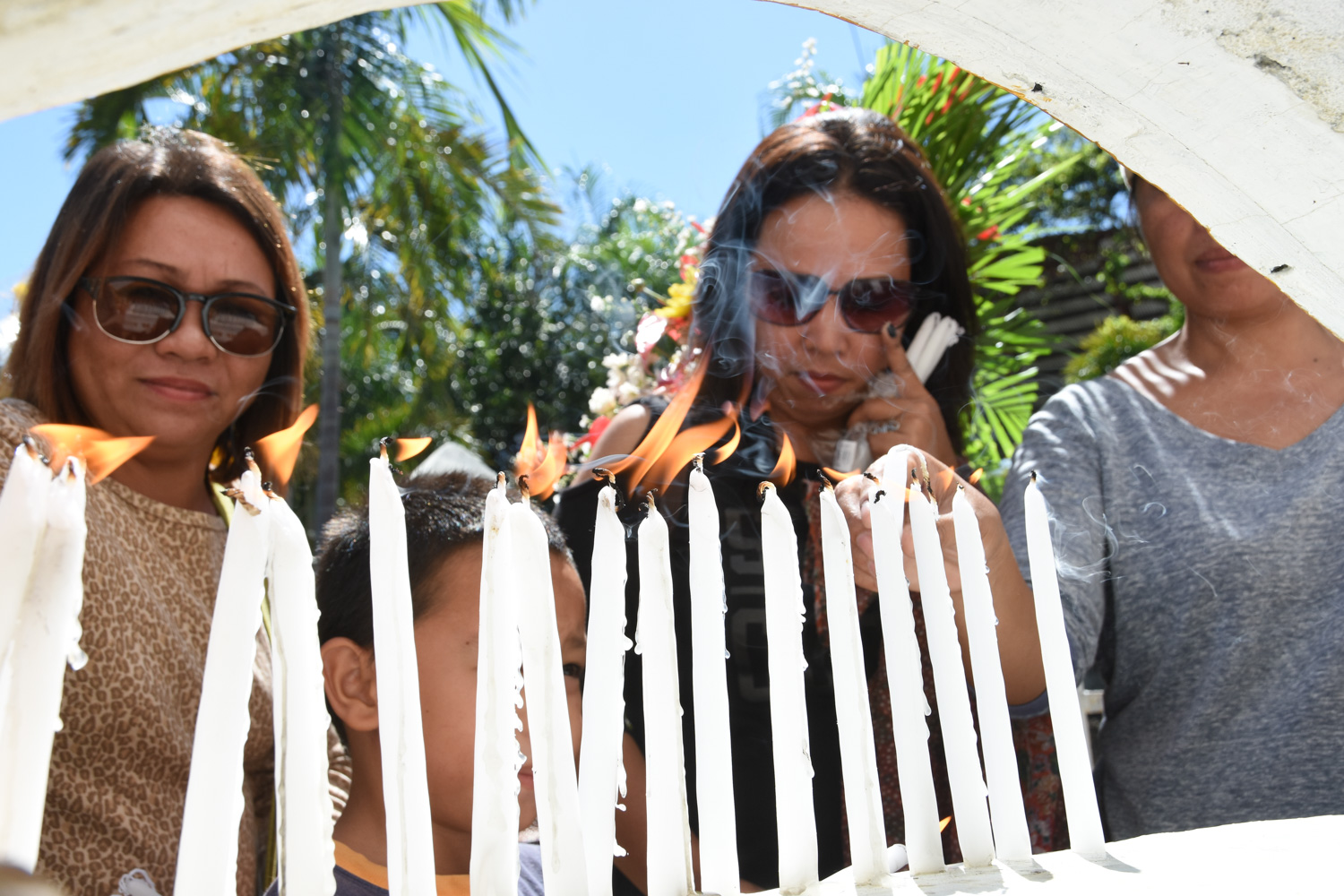 It’s been 6 years, but time has not healed wounds, and the rage has not died down.

Asked what she would tell the Ampatuans if they come face to face, Grace said she might not be able to hold back her anger.

“I might do something I should not do,” she said without elaborating, fired up even more by the sight of the backhoe at the PNP Regional Office.

Grace also has one thing to say to Philippine President Benigno Aquino III, who vowed justice for the 58 victims.

“Maningil ko. Ako siya singilon asa na iya promise?” (I will ask him, where is his promise?) – Rappler.com