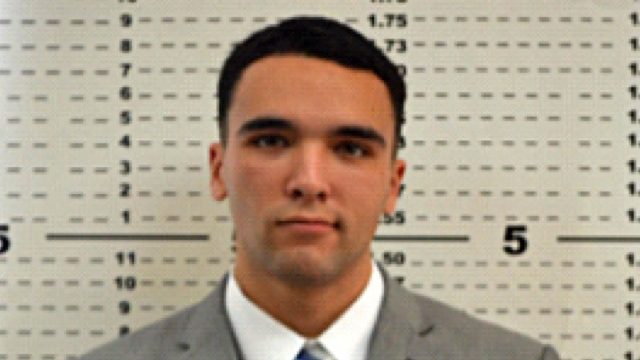 Judge Roline Jinez Jabalde sentenced Pemberton to 6 to 12 years imprisonment –after the charge was lowered from murder which carries a heavier penalty – citing mitigating circumstances including Laude not revealing her gender identity.

The court heard that Pemberton and Laude – who dressed and passed off herself as a woman – agreed to have sex after meeting, but that the drunken Marine turned violent when he discovered Laude had male genitals.

Pemberton acted out of “passion and obfuscation,” the court said, adding that “in the heat of passion, he arm-locked the deceased, and dunked his (her) head in the toilet.”

“The killing of Laude amounted only to homicide” and did not have the legal elements of murder, including treachery, the court said in a 68-page decision.

The court rejected the bid of the Laude family to get “not less than P100 million ($2.12 million)” in moral damages, “on the ground that it is excessive and outrageous” and “has no basis at all.”

The court said that as a general rule, exemplary damages are only imposed on criminal offenses when the crime was committed with one or more aggravating circumstances, which are absent in the Laude case. But it deemed it best to do so in this case, to set an “example.”

“The award is given to set a public example, to serve as deterrent to all military and civilian personnel of the United States of America like the accused, who from time to time, may visit the Republic of the Philippines pursuant to the VFA, to respect every Filipino citizen regardless of his/her sexual orientation and also the laws of the Republic of the Philippines,” the court said.

The court said that under the Philippines-US Visiting Forces Agreement, the detention facility for convicted US personnel would have to be mutually agreed upon by both parties.

In view of this, the court said, “Pending clarification of the agreement, accused Lance Corporal Joseph Scott Pemberton is hereby temporarily committed to the New Bilibid Prisons in Muntinlupa City.” (UPDATE: Pemberton to return to Camp Aguinaldo) Pemberton’s homicide conviction is the first under the VFA between the two countries signed in 1998, covering the legal liability of US troops taking part in military operations in the Philippines.

“This is not complete justice but we have to recognize that there is victory here,” said Laude family lawyer Virgie Suarez after the court issued the ruling.

Laude’s mother, Julita, and sister Marilou said the family is not happy with the court ruling that it was a homicide, and not murder.

“We are not contented [with the decision],” Marilou said, but added that the family finds some consolation that Pemberton will be sent to the New Bilibid Prison – at least until the Philippine and US governments agree on where to detain him.

In October 2014, Laude, a 26-year-old transgender woman, was found dead in the bathroom of Celzone Lodge with her neck covered in injuries, her head leaning against the toilet bowl.

An autopsy report later said that Laude died by asphyxiation due to drowning and strangulation.

According to witnesses, Laude was last seen checking in at the motel with Pemberton. The two had met at a nearby bar, where Pemberton was spending the night with fellow servicemen from the USS Peleliu, after participating in US-Philippines joint military exercises in Subic.

In August 2015, Pemberton admitted strangling Laude but claimed it was in “self-defense.” – with report from Randy Datu, Agence France-Presse/Rappler.com