Jan 28, 2012 1:03 PM PHT
Rappler.com
Facebook Twitter Copy URL
Copied
His two wives may end up facing each other in court MANILA, Philippines – Even in his death, Negros Occidental Rep Ignacio “Iggy” Arroyo has left a trail of controversy involving his legal wife and his common-law wife.

Arroyo went into comatose Thursday, January 26 , before Grace Ibuna, his commonlaw wife, decided to give the go-signal to pull the plug. This is something his legal wife Alicia Arroyo would never have allowed.

ABS-CBN reported that Alicia may file charges against Grace for misrepresenting herself as the legal wife. Ibuna had a previous relationship with actor Gabby Concepcion, with whom she has a daughter.

Alicia’s lawyer Lorna Kapunan was reported by ABS-CBN as saying, “To misrepresent that you are the spouse, when in fact you are not, to misrepresent or to actually go ahead and pull the plug, these are all multiple criminal offenses.”

Saying she was “pro-life,” Alicia said she would have kept her estranged husband on life-support. He had ceased to go home to their family residence in La Vista starting 2005. While their marriage was in the process of being annulled, it was never approved and Alicia remained his lawful wife.

She wants to assert her rights to claim Iggy Arroyo’s body and bring it to their La Vista home, before bringing him to the House of Representatives, where a necrological service will be held.

Iggy Arroyo passed away in London after he was disconnected from a life-support system. He was pronounced clinically dead after doctors tried to revive him.

His eldest daughter, Bianca, flew to London Friday, January 27, to fetch his remains. They are expected to arrive here next week.

Ignacio’s sister, former Kasangga Rep Ma Lourdes Arroyo, was quoted in reports as saying they plan to bury Iggy at the family mausoleum in Manila, beside their mother, Lourdes Tuason Arroyo.

Iggy was on his third and last term as the representative of the 5th district of Negros Occidental.

Pressured by the hospital

Ibuna, according to ABS-CBN, got approval from his eldest brother, former First Gentleman Jose Miguel “Mike” Arroyo, to pull the plug. The latter denied it. 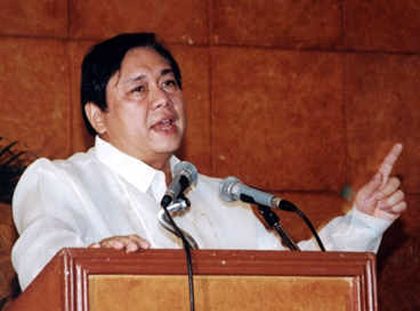 He was quoted as saying, “I told her it’s up to you. You’re the one there.” There were indications, however, that the hospital where “Iggy” Arroyo was confined was “pressuring” her.

The lawmaker went to London in 2011 to seek treatment for a liver ailment. He was linked to an earlier controversy in 2003 after he claimed ownership of the multi-million-peso “Jose Pidal” account supposedly owned by the former First Gentleman.

He once again came to the rescue of his eldest brother when he said it was he who leased since 2004 5 helicopters from Lionair Inc, an aviation company. This was contrary to claims by the company president Archibald Po that it was Mike Arroyo who purchased and used the helicopters before they were sold to the Philippine National Police in 2009. – Rappler.com