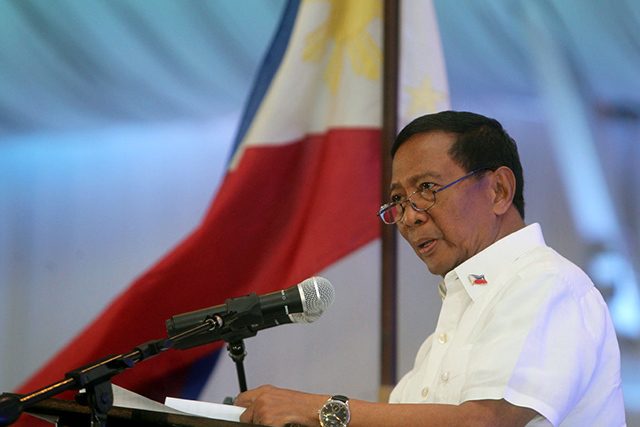 The new AMLC case comes after the lapse of the original 6-month freeze order on Binay’s assets filed on May 11, 2015.

In a petition filed on November 12 before the Manila RTC, a copy of which was obtained by Rappler, AMLC asked for a freeze order (provisional asset preservation order or PAPO) that covers 139 bank accounts and 19 real properties under the name of Binay, his family, and some associates.

This order would prevent the identified personalities from making “any transaction, withdrawal, deposit, transfer, removal, conversion, concealment or other disposition” using the covered assets, the petition said.

The petition identified bank accounts and properties under the names of 52 individuals and 13 organizations:

At least 23 individuals and 3 organizations mentioned in this petition were also identified in the earlier freeze order.

AMLC filed the case based on the following findings during its bank inquiry:

“Probable cause exists that the funds transacted by these persons and entities represent the proceeds of unlawful activities of violation of the Anti-Graft and Corrupt Practices Act (Republic Act 3019), in relation to the Anti-Plunder Law (RA 7080), for which Binay is facing charges. Accordingly, the AMLC issued Resolution No. 65, Series 2015, authorizing the filing of a Petition for Civil Forfeiture,” said the petition.

AMLC conducted the investigation after the Office of the Ombudsman recommended in November 2014 a probe “for possible violation of the Anti-Money Laundering Act of 2001 of Binay, certain members of his immediate family, and close associates.”

The petition added that the identified assets “be declared forfeited in favor of the Government and ordered to be placed at the disposal or under the authority of AMLC.”

Binay’s camp claimed that the AMLC petition is baseless and unathorized by law.

In a press release on Sunday, December 6, Binay’s spokesperson for political concerns Rico Quicho said that the petition violates Republic Act 1379, which prohibits the filing of civil forfeiture cases against public officials “within one year before any general election or within three months before any special election.”

He added that despite AMLC earlier claiming that Binay deposited billions of pesos in 242 bank accounts, it asked the Manila court to freeze only one account, “an admission that it had no solid evidence against Binay.”

“It is about time to revisit the mandate of AMLC and audit its performance since it has obviously allowed itself to be tainted with grossly erroneous and highly partisan activities,” Quicho said.

Binay earlier claimed that AMLC should also probe the transactions of Liberal Party leaders so it won’t be accused of being biased. – Rappler.com