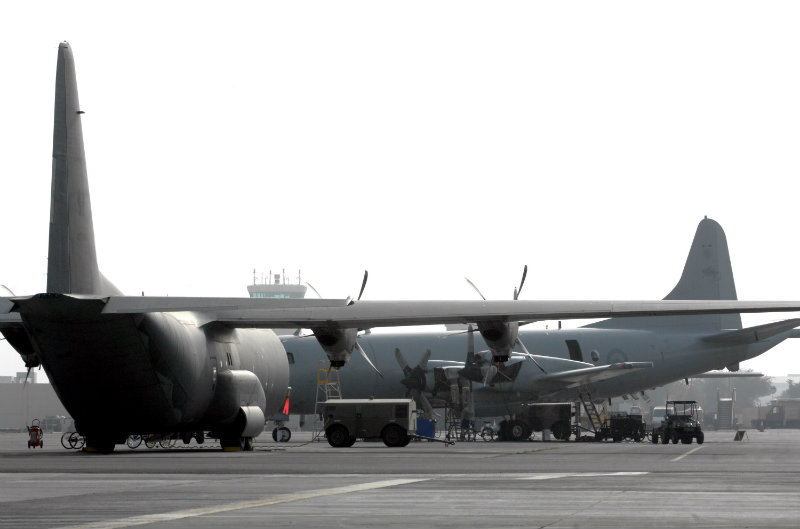 Manila’s foreign affairs department responded to a BBC report that the Australian military was operating so-called freedom of navigation flights in the area.

“The Australian aircraft was flying over international airspace and was exercising its right of freedom of overflight, a principle we fully support,” Philippine foreign affairs spokesperson Charlos Jose told Rappler on Thursday, December 17.

The Philippines, one of the countries with claims to the strategic waterway it calls the West Philippine Sea, has repeatedly called on China to respect freedom of navigation and overflight. It filed a historic arbitration case before a United Nations tribunal to challenge China’s excessive 9-dash line claim to the sea.

While the US has been doing freedom of navigation flights and patrols near China’s artificial islands, Australia did not announce that it was following suit. The patrols are meant to challenge China’s maritime claim based on man-made islands, and to uphold international law like the UN Convention on the Law of the Sea (UNCLOS).

Australian Ambassador to the  Philippines Bill Tweddell affirmed the objective of the military flights.

The BBC’s Rupert Wingfield-Hayes flew on a civilian aircraft near 3 of China’s artificial islands in the South China Sea in late November. His report said that the Chinese navy repeatedly sent warnings even after the captain stated that it was a civilian flight.

Wingfield-Hayes’s team inadvertently intercepted radio communications showing that the Australian military was conducting its own freedom of navigation flight.

“China Navy, China Navy. We are an Australian aircraft exercising international freedom of navigation rights, in international airspace in accordance with the international civil aviation convention, and the United Nations Convention on the Law of the Sea – over,” the warning went.

Admiral Scott H. Swift of the US Pacific Fleet said on Monday, December 14, that China was increasingly interrupting freedom of navigation in the sea where $5 trillion in global trade passes annually.

“Even now, ships and aircraft operating nearby these features, in accordance with international law are subject to superfluous warnings that threaten routine commercial and military operations,” Swift said in a regional security forum in Hawaii.

This week, Reuters reported that the US is unlikely to carry out another freedom of navigation patrol in December. The report stated that the Obama administration is weighing the risks of raising tensions with China as Washington focuses on the fight against terror group Islamic State of Iraq and Syria (ISIS).

The next US Navy patrol will likely happen in January, Reuters said. 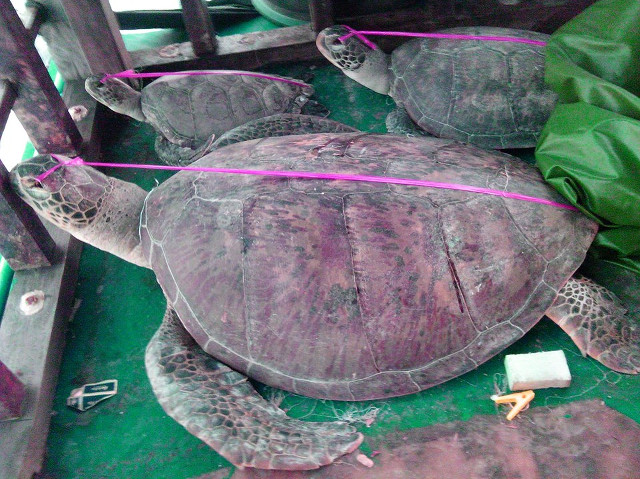 The BBC also reported that Chinese poachers were destroying coral reefs in the South China Sea for giant clams that sell for $1,000 to $2,000 a pair.

Wingfield-Hayes said Beijing does not “appear to be doing anything to stop them” while a Philippine marine corps officer refused to go after the poachers in fear of a shooting war.

Chinese fishermen’s poaching of endangered species and the destruction of the marine environment in waters the Philippines claims have long been the subject of protests from Manila.

Yet the activities continue with the Philippine response limited to diplomatic and legal moves.

Jose explained that the issue was a key argument in the Philippines’ arbitration case.

“China’s destruction of the marine environment and her actions that deprive us of our ability to exercise our sovereign rights over our maritime entitlements are among the major issues that we submitted to the arbitration tribunal of UNCLOS for a decision,” he said.

“We are hoping for a favorable ruling, which is also legally binding on China as a signatory to UNCLOS.”

The Philippines rested its case in early December, saying China’s island-building “irreversibly damaged” the environment. Manila also told the tribunal that China bars Filipino fishermen from their traditional fishing grounds in the South China Sea. A ruling is expected in mid-2016.

Observers though have repeatedly pointed out that getting Beijing to comply with a ruling favorable to Manila will be a challenge as the tribunal has no enforcement mechanism.

As these developments play out, the Philippine Supreme Court again deferred ruling on a military pact between the Philippines and the United States.

The Court was expected to issue a decision on the Enhanced Defense Cooperation Agreement (EDCA) Wednesday, December 16, but again put it off after over a year of delay.

The deal gives US troops, ships, and planes access to Philippine bases, and allows the US military to preposition equipment and build facilities there. EDCA aims to deter China’s increasing aggression, and to boost the capacity of the Philippine military, one of Asia’s weakest.

Ernest Bower, chair for Southeast Asia Studies at the Washington-based think tank Center for Strategic and International Studies, said the deferment does not bode well for the Philippines.

“Philippines Supreme Court once again kicks country’s national security down the road with no decision on EDCA,” Bower tweeted. – Rappler.com