Dec 29, 2015 8:33 PM PHT
Ayee Macaraig
Facebook Twitter Copy URL
Copied
The alert comes over a week after the United States warned terrorists could strike in Islamabad during the holidays 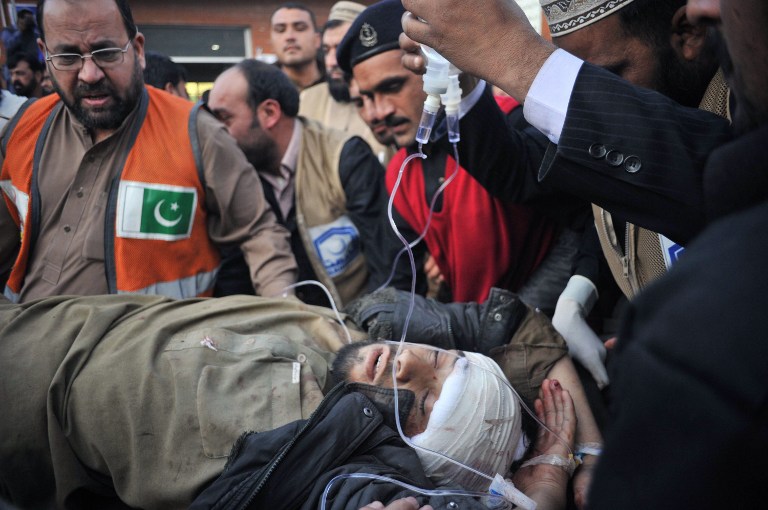 MANILA, Philippines – The Philippines urged its citizens in Pakistan to “take necessary precaution” over a week after the United States warned of possible terror attacks in Islamabad.

The Philippine Department of Foreign Affairs (DFA) raised alert level one over Pakistan on Tuesday, December 29, due to “internal violence as well as the existence of external threats to the country.”

The department did not specify the nature of the threats but said “the number, magnitude and gravity” prompted it to raise the alert.

“Alert Level 1 is issued when there are valid signs of internal disturbance, instability, and external threat to the host country. Filipinos are alerted to take necessary precautions,” the DFA said in a statement.

There are 1,284 Filipinos in Pakistan, a South Asian country of over 180 million.

The Philippine Embassy in the capital Islamabad said it is ready to extend help to Filipinos needing assistance. It gave out the following contact details:

The alert comes after the US Embassy in Islamabad said on December 19 that it received information on possible terror attacks in the Pakistani capital in late December.

The US warned Americans to avoid busy public places during the Christmas and New Year holiday including places of worship, shopping centers, markets, restaurants, hotels, “and other locations where large numbers of people congregate.”

An anonymous Pakistani intelligence official quoted by the Associated Press said there was a “general threat perception” but no specific threats.

Violence in Pakistan dropped in 2015 after the army intensified an offensive since the Taliban massacred 153 people including 134 children in a school in Peshawar last year. It was one of the worst terror attacks in Pakistan.

Pakistan though is still hit by sporadic attacks including a suicide bombing at a government office in the northwest town of Mardan on Tuesday. That attack killed 21, and wounded more than 30.

Pakistan is fighting the Taliban and other insurgents in its northwest border regions. These groups often target government and security forces.

On Monday, the Pakistani Taliban – also known as the Tehrik-i-Taliban Pakistan (TTP) – said it killed over 680 people, and destroyed 47 vehicles and two helicopters this year.

A homegrown insurgency began in 2004 after the US-led invasion of Afghanistan caused militants to flee across the border, and prompted a surge in recruitment for extremist groups. – with a report from Agence France-Presse/Rappler.com