Philippines and China: Rivals at sea, allies in trade? Facebook Twitter Copy URL
Copied
Dindo Manhit of the Albert del Rosario Institute tells Rappler: 'This opportunity of joining the AIIB tells China and the whole world that the Philippines is open to be friends with China'

“We basically open the year with that kind of avenue. After the Scarborough Shoal [standoff] in 2012, the government needed to make a stand on sovereignty over some of these islands that have always been considered ours. But this opportunity of joining the AIIB tells China and the whole world that the Philippines is open to be friends with China,” Manhit told Rappler on Friday, January 8. (Watch the full interview here.)

Manila joined the AIIB right before the December 2015 deadline, the last of 57 founding members to sign on to the bank that aims to fund infrastructure development and stimulate economic growth in Asia. It is set to begin operations this month.

The Beijing-based institution is seen as a rival to the US-led World Bank and the Japan-dominated Asian Development Bank. It is part of China’s efforts to position itself as a superpower by creating alternative organizations challenging the global order.

The Philippines’ move came as a surprise considering the initial hesitation of President Benigno Aquino III, who expressed concern about the maritime dispute and corruption-tainted deals with China under the Arroyo administration. (READ: The Asian Infrastructure Development Bank: Considerations for the Philippines)

Manhit said AIIB membership allows Philippine-Sino relations to move forward after Manila angered Beijing by filing a historic arbitration case over the South China Sea in 2013. A ruling is expected in mid-2016.

“Our government’s decision to be part of the AIIB is a big step for us to tell not only China but the rest of the world that the Philippines has filed a complaint. We’re there in The Hague. We defended ourselves, gave all our arguments there but at the level of possible economic partnership, people-to-people improvement of relationship, the Philippines is open.” The 5th largest economy in Southeast Asia, the Philippines needs $127 billion from 2010 to 2020 for infrastructure, according to the ADB. Finance Secretary Cesar Purisima said closing this gap prompted the Aquino administration to view the AIIB as a complementary source of funding, along with Western-led financial institutions.

An adviser on government and business in the Philippines, Manhit said Manila benefits from the AIIB as its creaking infrastructure is unable to keep up with the growth of the economy and the population. Major traffic congestion and poor public transportation are frequent complaints in the capital.

“The idea itself of an Asian financial development institution focusing on infrastructure, which is normally the challenge to any developing country because it’s very expensive – it’s a big investment,” Manhit said.

“It has a big effect on the national budget with regards to competing with social investments so here comes a facility that the Philippines can benefit from. Other developing countries also benefit, especially if it’s defined with a sole objective of improving the infrastructure facilities and investment potential of countries.”

Mass transit, telecommunications, and public-private partnerships are some of the projects Philippine officials are eyeing to be funded under the AIIB. While the Philippines wants to separate economic ties from the maritime dispute, the sea row presented an early irritant to relations with China in 2016.

On January 2 and 6, China conducted test flights of civilian aircraft on Fiery Cross Reef (Kagitingan Reef), one of 7 artificial islands it constructed in the South China Sea. The Philippines and Vietnam protested the move, as they claim parts of the strategic waterway along with Malaysia, Brunei and Taiwan.

The United States and the United Kingdom both urged China to uphold freedom of navigation and overflight.

Manhit said the air zone is the “greatest risk” from China’s reclamation and construction activities, potentially affecting trade in waters where $5 trillion in commerce passes annually.

“Can you imagine all commercial flights passing through this area and asking permission from China? They will have that capacity as they transform some of these reclaimed areas with military, communication facilities, landing areas for civilian and military aircraft. It’s a danger to the free movement of people and commerce in the region,” he said.

Signed in 2014, EDCA gives US troops, ships, and planes access to Philippine bases, and allows Washington to build infrastructure and to place equipment to support the deployment. It is meant to boost the capability of the Philippine military, one of Asia’s weakest.

“There is that urgency. A lot of people have asked, ‘Is the US with us?’ I find it funny that that question continues to be asked. The answer is yes because they offered us EDCA. It’s us that’s causing that doubt: ‘Does the Philippines really want US support?’ The Court has not decided on it. If you’re the other person, you would ask: ‘Are you really interested in help?’”

Manhit added that the Philippines should continue to encourage its allies – the US and Australia, and possibly Japan – to conduct freedom of navigation patrols and flights to challenge China’s expansive claims. 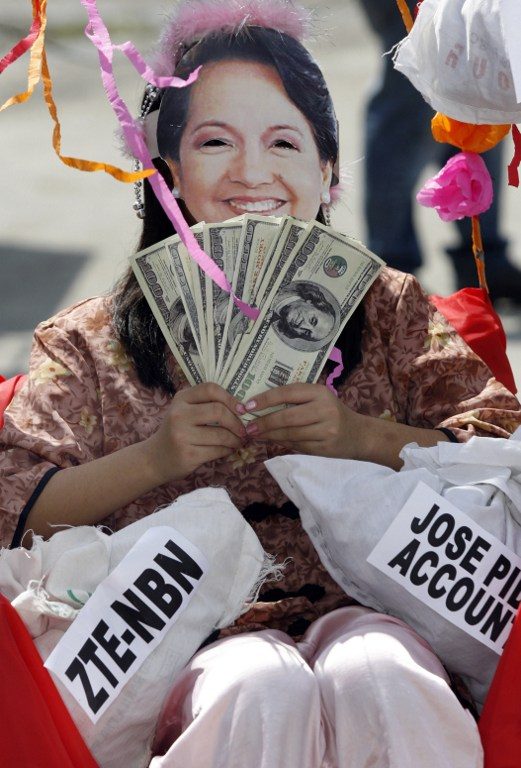 In mid-2016, another dynamic will affect ties: presidential elections in the Philippines.

A political strategist, Manhit does not expect a major foreign policy shift as Aquino’s successor cannot undo the arbitration case.

What might change though is whether or not the next administration will push for stronger economic ties with China.

Manhit urged the Filipino public to guard against corruption in projects China will be funding through the AIIB. This involves keeping an eye on the next leaders to ensure they will prevent the controversies that hounded the previous Northrail and NBN-ZTE deals with China.

“It defeats the purpose of what infrastructure and investments benefits we get. Can you imagine if you will suddenly waste it again on corrupt activities? If China allows these resources to be used for corrupt purposes? It will not only affect our relationship but it will also affect our own perception of China that you created an institution that was meant to corrupt us.” – Rappler.com