Veloso family on Mary Jane’s birthday: We want her home

Jan 11, 2016 8:42 AM PHT
Mara Cepeda
Facebook Twitter Copy URL
Copied
A day after her birthday, Mary Jane Veloso's family is flying to Indonesia to visit the Filipina on death row 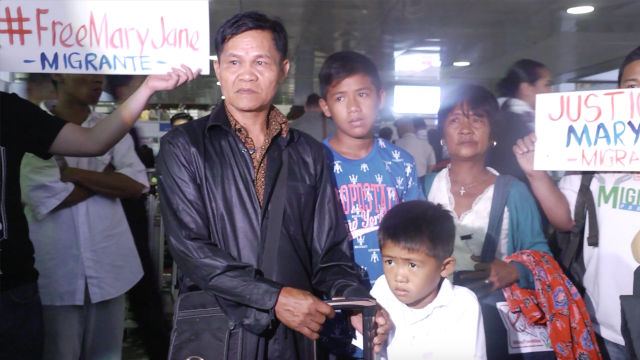 MANILA, Philippines – When her family visited Filipina Mary Jane Veloso in Indonesia on April 2015, they thought it would be the last time.

Mary Jane then was set to be executed by firing squad for allegedly smuggling 2.6 kilograms of heroin into the predominantly Muslim country.

She was granted an 11th hour reprieve by the Indonesian government after a last minute plea by President Benigno Aquino III as well as the surrender of her alleged recruiter, Maria Cristina Sergio. (READ: Saving Mary Jane, the face of OFWs)

More than 8 months later, Mary Jane’s parents Celia and Cesar, and her children Mark Daniel and Mark Darren, will see her again, this time to celebrate her 31st birthday with her.

(We are very happy because we will see our daughter again, especially because it was her birthday yesterday. Happy birthday, Mary Jane. We’re on the way there.) 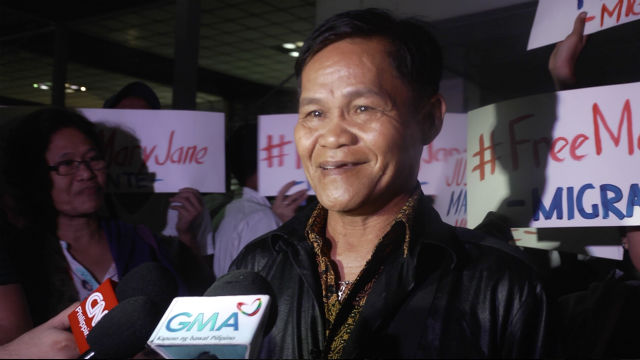 On Sunday, several civil society groups and supporters led by the Save Mary Jane Alliance, the Migrante Party-list, the Church Task Force to Save Mary Jane, and the National Union of Peoples’ Lawyers  (NUPL) celebrated Mary Jane’s birthday with the Velosos with a Mass, a symbolic picket action, and a simple salu-salo in Nueva Ecija, Mary Jane’s hometown.

Her eldest son Mark Daniel wishes one thing for his mother.

“Sana makauwi na siya (I hope she can come home),” said the 13-year-old, who was timid in front of the cameras but who smiled and nodded his head in agreement when asked if he misses his mother.

The Velosos will be accompanied by Mary Jane’s lawyer Edre Olalia and a representative from Migrante from January 11 until January 16 in Yogyakarta, Indonesia, where Mary Jane is currently imprisoned.

NUPL secretary-general Olalia said that while the Department of Foreign Affairs will shoulder the cost of the family’s trip, the NUPL decided to come along on its own.

(The NUPL decided to go because this is an opportunity for me to personally brief Mary Jane on what is happening with the cases here in the Philippines, especially those concerning her illegal recruiters. We would be able to explain well what are her prospects and we can answer questions that are difficult to ask in long distance conversations.)

The Court of Appeals recently gave the go signal for the cases of trafficking, estafa, and illegal recruitment filed against Mary Jane’s alleged recruiter Sergio and her live-in-partner, Julius Lacanilao, to proceed. – Rappler.com