Jan 14, 2016 1:28 PM PHT
Katerina Francisco
Facebook Twitter Copy URL
Copied
If the Manalo siblings fail to vacate the contested property 15 days after a second notice, the INC says it will file an ejectment case against them 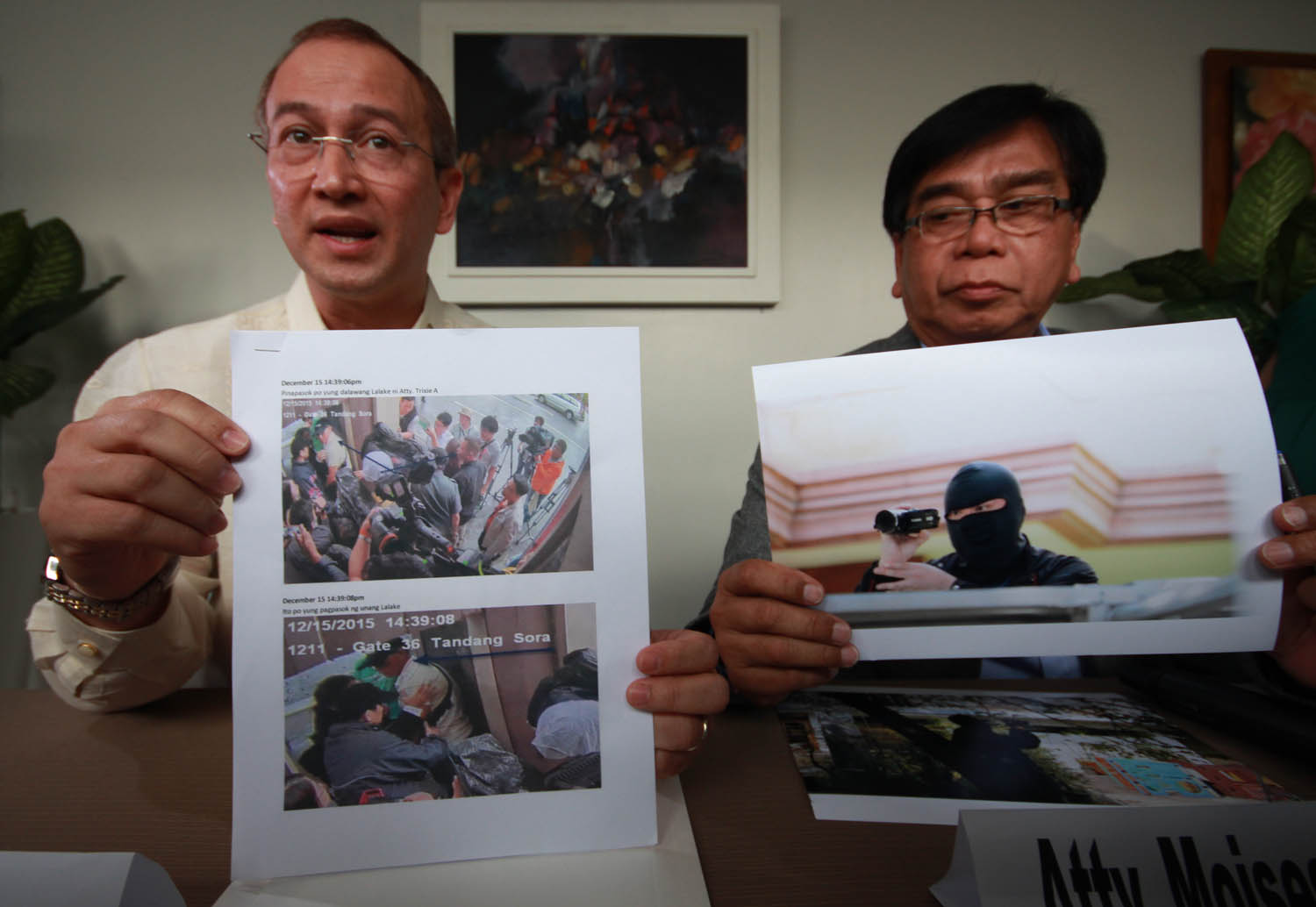 MANILA, Philippines – The Iglesia ni Cristo (INC) may file an ejectment case against Angel and Lottie Manalo if the siblings continue to defy the church’s demand for them to vacate their residence at 36 Tandang Sora in Quezon City.

In a press conference on Thursday, January 14, INC spokesperson Brother Edwil Zabala said the church has long been patient in allowing the Manalos to stay inside the two-hectare compound for “humanitarian reasons” – even after the siblings’ expulsion from the INC in July 2015.

INC lawyer Moises Tolentino Jr said the church will send a second notice to the Manalo siblings. If they fail to comply with their demands in 15 days, the church will file an ejectment case against them.

The INC asserts that the compound is the church’s property since the 1970s, and this, they say, gives them the right to put up fences for security reasons and to order the siblings to vacate the lot. But Lottie Manalo-Hemedez is also claiming ownership – she claims that she and her late husband, Eduard Hemedez, own the land title to 36 Tandang Sora.

“We are after two things: the right of the owner of the property to enjoy the rights of ownership on the property that is being occupied by non-authorized people, and second, to ensure that the security of the vicinity of the main office, the central office of the Iglesia ni Cristo, will not be prejudiced by people coming in and out who have no authority to use the premises,” Tolentino said.

The church earlier wrote a letter to the siblings last December 28, 2015, demanding that the Manalos move out “and surrender to our client the quiet and peaceful possession of the property” within 10 days from receipt of the notice.

But the Manalos’ lawyer, Trixie Cruz-Angeles, earlier said the INC had not sent a formal notice. She also said that their camp will be ready with their defense should the church move to have the siblings ejected.

“They can try. They are free to file any case that they want to, but the same is subject to evidence. They can try and we will have our defenses,” she said.

The Manalo siblings have been staying at the Tandang Sora property even after their expulsion from the church in July last year. Their brother, Eduardo, expelled them along with their mother Tenny after she and Angel claimed that their lives were in danger.

Angel later raised allegations of corruption within the 101-year-old church.

In September 2015, the INC filed a petition for injunction asking a Quezon City court to ban visitors from the compound, citing security concerns.

(We’re asking the public – if this is what’s happening in your backyard, will you simply allow this to happen without taking legal action?)

He added, “Hindi lamang sila ang naninirahan at nanunuluyan sa Central Compound. Wala bang karapatan ang mga otorisadong naninirahan doon sa kanilang kapanatagan at seguridad?” (They are not the only ones living inside the Central Compound. Are those authorized to live there deprived of the right to freedom from fear and security?)

He also made reference to a video circulating on social media, showing supposed helpers of the Manalos disrespecting INC guards who wanted to inspect the packages being brought inside the compound.

The INC earlier asked for a list of names of the people residing inside the compound, but the Manalo camp has yet to provide this despite earlier agreeing to this request.

During court proceedings on Tuesday, however, Angeles countered that the INC has also not yet complied with its part of the agreement to remove the guardhouse outside the Manalo residence.

She also said the INC should provide the names of the construction workers who entered the property in December to put up fences inside the compound.

The Manalos have said that the fences were “illegal” as they were built in defiance of an earlier court order stopping construction inside 36 Tandang Sora.

Angeles said this should not have been done because the ownership of the property is still under question.

The INC points to a deed of sale that transfers the Tandang Sora property to the church, but the Manalo camp said the document, dated April 2015, could not have been signed by Lottie’s husband because he died in April 2013.

For his part, Zabala said that the fences were put up as a security measure in the vicinity of the Manalos’ residence – property which is not part of the area the Manalos have been claiming as their own.

He also said the Manalo siblings have not been clear in defining the scope of their ownership claims.

“If [No. 36 refers] only to your house, why are you questioning us when we’re fencing off the rest? [We’re fencing it off] for security reasons. We don’t know who these [masked] people are. You’re posing a threat to the security of those working in the Central Office as well as the other residents there. So how can we be in the wrong now when we say we’ll fence it off?” Zabala said. 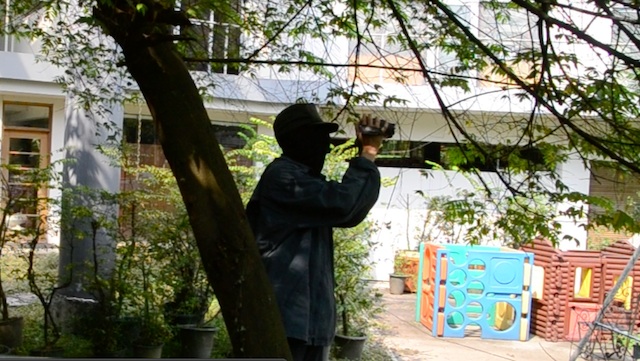 In December, the Quezon City Regional Trial Court Branch 222 ordered the INC to “temporarily stop” any construction in the compound, remove the guardhouse and portalet blocking the driveway, and restore electricity to the Manalos’ residence.

Angeles, however, said the INC did not comply with the court’s orders.

On January 12, the court held in abeyance its earlier orders after the Manalo camp filed an omnibus motion seeking to compel the INC to explain why it should not be cited in contempt for its “blatant disregard for court process.”

The Manalo camp had also earlier accused the INC of harassment to force them to vacate the property. They put up a guardhouse and portalet to block the driveway of the residence. Electricity also remains cut off, with both camps refusing to settle millions of pesos in unpaid power bills. – Rappler.com