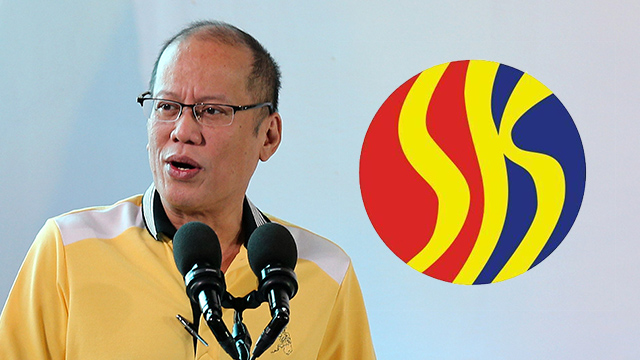 RA 10742 seeks to implement various reforms in the barangay youth arm, which has long been criticized for being inefficient and corrupt. Various groups have called for the SK’s abolition. (READ: Why the Sangguniang Kabataan needs an overhaul)

In a bid to curb corruption, the new law has an anti-political dynasty provision that bars relatives of elected or appointed officials up to the 2nd level of consanguinity from pursuing SK posts. Lawmakers noted that this is the first provision of its kind to be approved in the country.

“This has the potential to effect genuine change in our electoral system when it comes to youth representation,” said Senate Committee on Youth chairperson Senator Paolo Benigno “Bam” Aquino IV.

Dinagat Islands Representative Kaka Bag-ao, author of the law’s House version, hailed the anti-dynasty provision, saying: “Through this, we will be able to mold responsible leaders who rely on clear platforms to emerge victorious in elections, instead of depending on the clout given by family names.”  (READ: Greater accountability, SK autonomy in reform bill)

Aside from these, SK officials will be required to undergo leadership training to learn about good government practices and fiscal transparency.

The law also mandates the creation of the Local Youth Development Council (LYDC), which will ensure the participation of youth organizations from different communities.

In October this year, around 42,000 barangays will be holding SK elections. Ten positions are up for grabs per barangay, including SK chairperson.

The SK polls had been originally scheduled for October 2013, but postponed following strong calls for reforms.

“The reforms in place for SK have just rocked the boat of Philippine politics. Now that the Reform Act has been passed, we will continue to work with our partners to ensure that the necessary structural and capacity building support are ready for the SK,” Tingson said in a statement.

He also said the NYC will now start drafting the law’s Implementing Rules and Regulations (IRR) “to ensure that the intent behind these reforms will be indeed be carried out.”

Since the 12th Congress, lawmakers have been pushing for SK reforms, making the law’s passage in the 16th Congress a major victory for proponents.

“The passing of the SK Reform Act reflects our vote of confidence in the Filipino youth’s ability to lead and participate in our country’s development,” said Senator Aquino.

Akbayan party-list Representative Ibarra Gutierrez also said: “The enactment of the SK Reform bill marks a major step forward in overhauling the SK, ushering in the necessary reforms to function effectively as vehicle for youth representation and participation in governance.”

For Bag-ao, youth involvement will be the “best way to bring about change” in society.

“If we provide them, especially the youth, with venues to be involved – free from the temptations of corruption and patronage – then surely we can fulfill our common aspirations for our country,” she said. – Rappler.com