MANILA, Philippines – The leader of the 2.25-million strong Iglesia ni Cristo (INC) is facing a complaint filed by his own estranged sister Lottie Manalo-Hemedez.

INC executive minister Eduardo Manalo is the respondent in a complaint for falsification of public documents filed by Hemedez, in relation to the contested two-hectare property in Tandang Sora, Quezon City.

On January 6, two days after Hemedez filed the complaint against her brother, the Quezon City assistant city prosecutor Solivan Usman issued a subpoena requiring Manalo to appear at the prosecutor’s office on Wednesday, January 27, for the preliminary investigation of the case.

Hemedez appeared before the prosecutor to subscribe to her affidavit, accompanied by her lawyer Ahmed Paglinawan. Manalo, however, did not attend, but was represented by INC counsel Willy Santos.

Santos said they will submit their counter-affidavit on March 2.

The two camps immediately left the prosecutor’s office and did not speak to media. Hemedez is contesting the INC’s claim over the 36 Tandang Sora property where she and her brother Angel still reside, 6 months after their brother Eduardo expelled them from the church.

She has accused the church of falsifying a deed of sale that transfers the lot to the church. Hemedez’ camp said the document, dated April 2015, was falsified because it was supposedly signed by Hemedez and her husband, who had died in April 2013.

For its part, the INC has long debunked Hemedez’ claims, saying that the property has been theirs since the 1970s. The church earlier said Lottie’s and Angel’s continued stay at the compound was only “tolerated” since they were family members of the late INC executive minister Eraño Manalo. 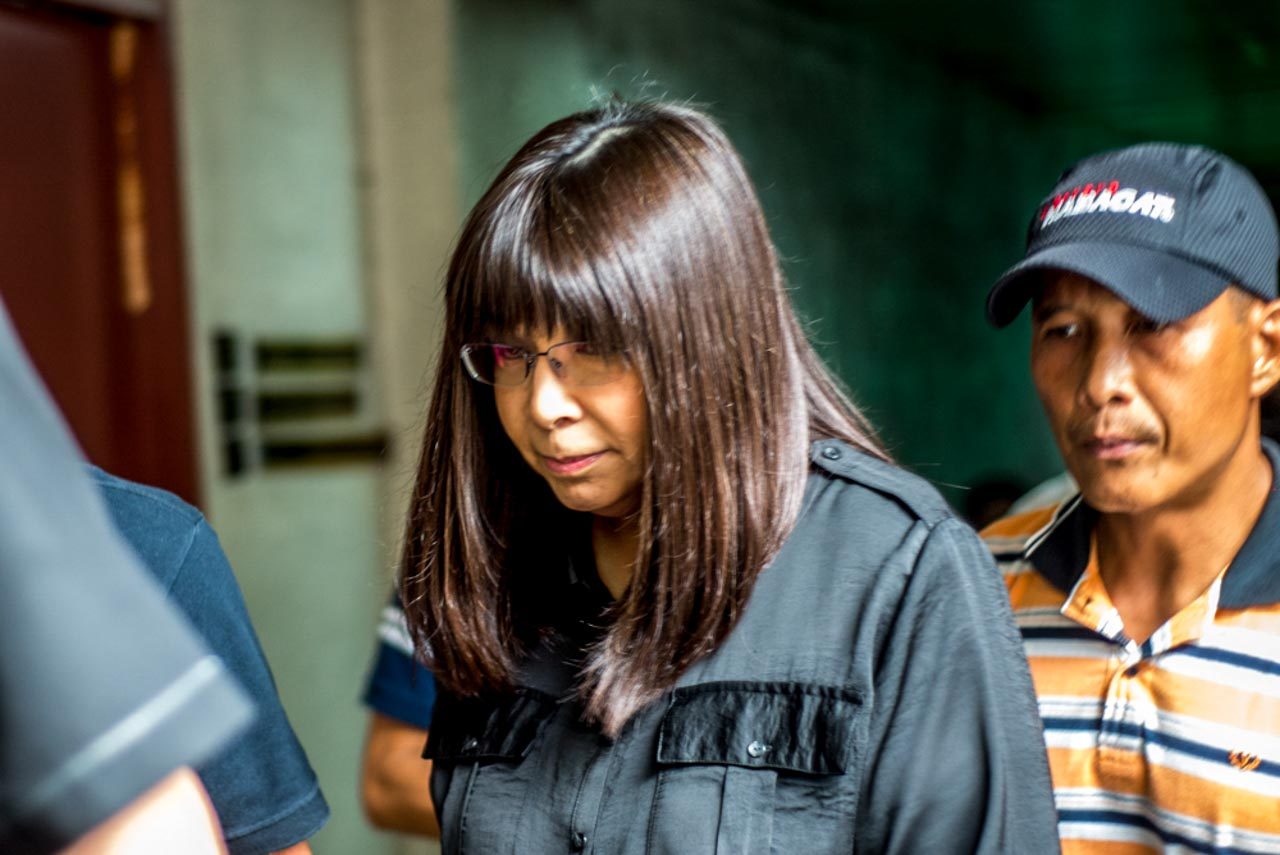 But the religious organization is now demanding that the siblings vacate the property, citing the revocation of the siblings’ privilege for their stay and the security threats that the siblings allegedly bring to the compound by allowing unknown masked men to enter without informing the church.

The INC earlier said it may file an ejectment case against the siblings if they continue to refuse their demands.

But Hemedez earlier said that aside from claiming the land title to the property, a precedent her father set showed that being part of the family, instead of the church, was what mattered when it comes to being allowed to live with the INC.

The Manalo camp has also slammed ongoing harassment from the church which, they said, was designed to force them out of the property. – Rappler.com