Jan 28, 2016 3:38 PM PHT
Patty Pasion
Facebook Twitter Copy URL
Copied
A subpoena will 'exempt' those who have copies of the recording from 'criminal prosecution' 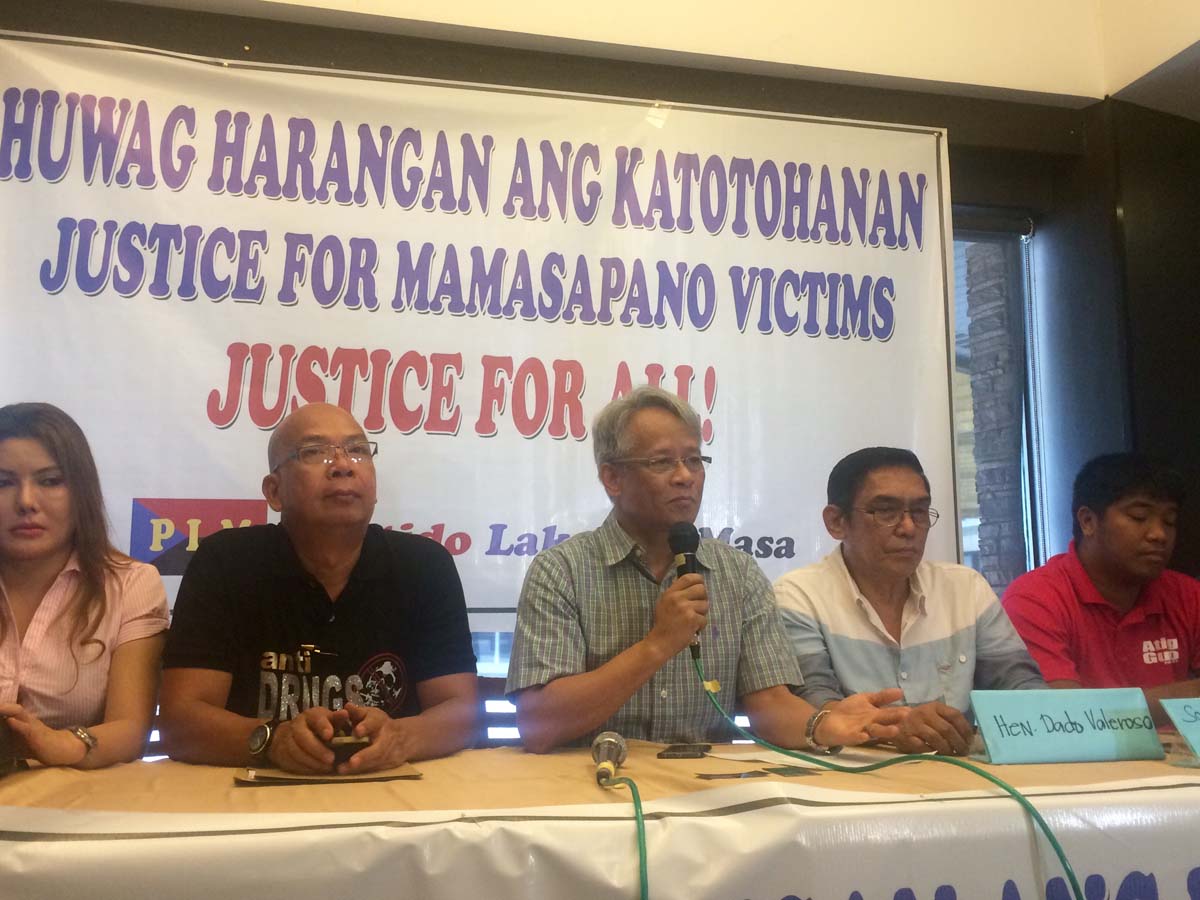 MANILA, Philippines – He has a copy of an alleged recording that would show a “cover-up” in the Mamasapano incident, but he wants presidential candidate Senator Grace Poe to subpoena it as part of a Senate inquiry.

A day after the Senate’s reopening of its probe into the Masamapano clash, retired police general Diosdado Valeroso urged Poe to summon him so he could play the recording.

Stressing he’s a mere “messenger,” Valeroso challenged lawmakers to make the recording part of the ongoing re-investigation on Mamasapano.

Valeroso earlier told a press conference that he has a copy of a recording of a supposed conversation between two top government officials discussing an alleged cover-up of the Mamasapano operation.

Senate President Franklin Drilon however rejected proposals that it be played during the Senate hearing last Wednesday, January 27, saying it would be a violation of Republic Act 4200 or the Anti-Wiretapping Act.

“Senator Poe has to invite us to play the audio recording – in private or in public,” Partido Lakas ng Masa (PLM) chairperson Sonny Melencio told Rappler. Valeroso is running for senator under PLM.

“We have to be summoned because we can’t just play it because of Drilon’s standing threat,”  Melencio added.

Lawyer Argee Guevarra said that a subpoena of the recording before the Senate inquiry “will exempt” them from “any criminal prosecution.”

He said the recording will expose a “cover-up” in the botched operation that killed at least 60 people in January 2015, including 44 members of the national police’s Special Action Force (SAF).

The Mamasapano operation, whic targetted wanted terrorists, was the worst crisis to hit the Aquino administration.

What if the audio recording is not subpoenaed? Melencio said they have other options: play it in a public forum or post it on social media. – Rappler.com