16th Congress adjourns: Which bills endorsed by Aquino did it pass? 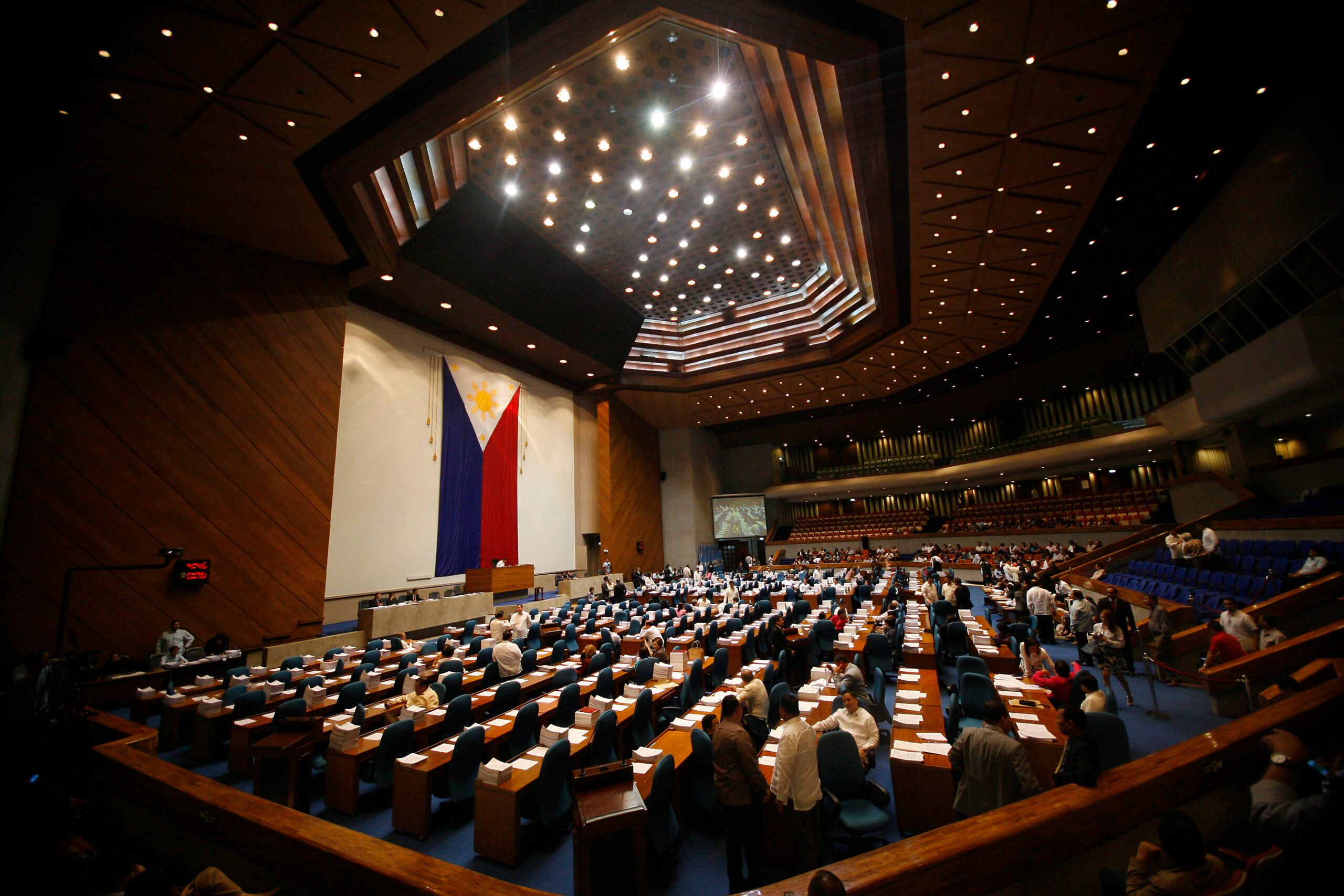 MANILA, Philippines – The 16th Congress adjourned this week so its members could prepare for the campaign period. When senators and congressmen return to session on May 22 after the national and local elections, how much work awaits them in the remaining 3 weeks – or 9 session days – of their terms?

A lot, if we are to go by the bills endorsed by President Benigno Aquino III in his last 3 State of the Nation Addresses (SONAs).

Congress had its last session day on Wednesday, February 3, with only two of the 49 bills endorsed by Aquino passed. These were the Foreign Investment Act and the establishment of the Department of Information and Communication Technology.

This doesn’t mean, however, that Congress wasn’t working hard. Out of their own priority lists, the House said a total of 116 laws were passed in the last 3 years, while the Senate said a total of 59 bills are awaiting the President’s signature to become laws.

Rappler listed 49 bills endorsed by the President to Congress at the start of their sessions from 2012 to 2015. We tallied the following:

Here’s a quick look at the bills: 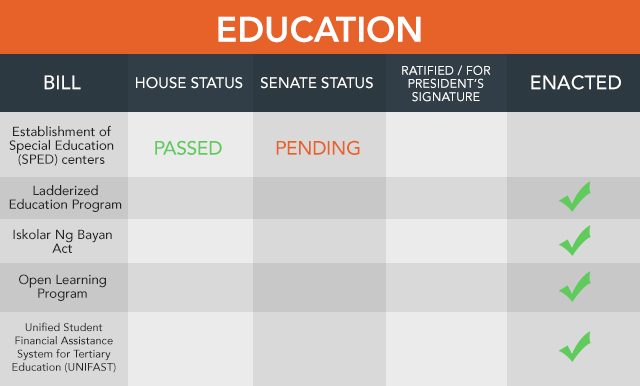 A number of the pending bills seek to improve governance: the amendment of the Civil Service Code, a national transportation policy, and strengthening the regulation of water utilities.

The pending bills also include the most controversial ones under the Aquino administration: the proposed Bangsamoro Basic Law (BBL), Freedom of Information Act (FOI) and anti-political dynasty bill.

Before the House adjourned for Christmas in 2015, Speaker Feliciano Belmonte Jr said there was still hope for these landmark measures. Senate President Franklin Drilon also expressed optimism on these measures before the year ended.

But after several session days without quorums and with heated debates between parties, the BBL got stuck in the period of interpellations. The FOI and the anti-dynasty bills, on the other hand, didn’t have any progress in the past weeks. (READ: Bangsamoro Basic Law is not yet dead)

Civil security policies – such as the anti-enforced disappearances law and the Whistleblower’s Protection Act – were also left unnoticed. The labor sector’s much-clamored personal income tax reform has been considered dead since the Senate and House leaderships gave up on it in late 2015.

Among the important ones awaiting Senate action are the establishment of special education centers (SPED) in public schools; and economic bills, such as adding P150 billion to the capital of the Bangko Sentral ng Pilipinas (BSP) and relaxing the restrictions on foreign investments.

Throughout its term, the 16th Congress has been able to enact 17 or 34% of its priorities. These were mostly economic policies endorsed by the President too. These included laws that seek to level the playing field among business stakeholders, such as the Philippine Competition Act and the Cabotage Law.

Based on House records, a total of 116 laws were signed under the 16th Congress. Some of the notable ones are:

The office of Senate President Franklin Drilon said there are a total of 59 bills awaiting the President’s signature. These include: