Feb 20, 2016 7:50 PM PHT
Patty Pasion
Facebook Twitter Copy URL
Copied
'You’ve seen her at the Youth for Miriam launch, where she rallied the youth and showed no signs of weakness,' says the feisty senator's camp 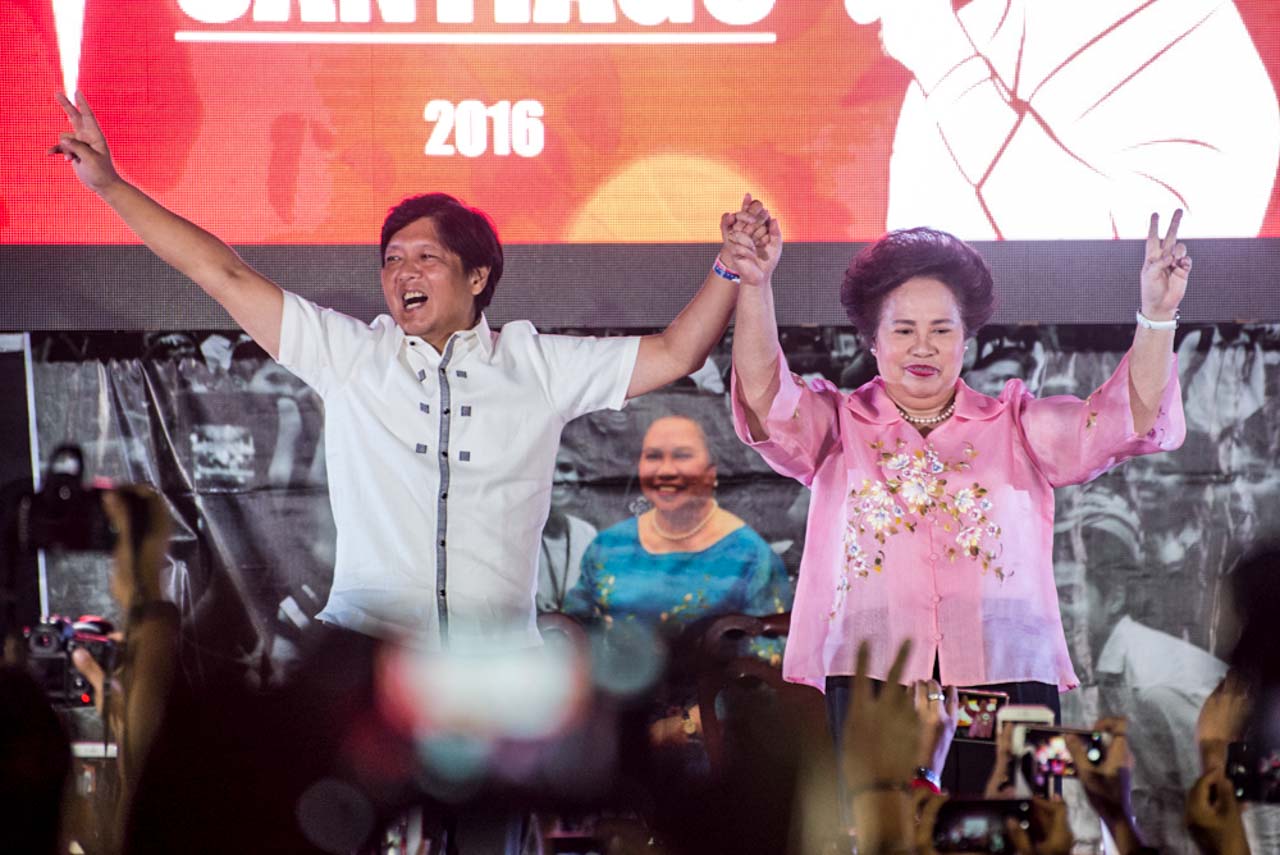 BATANGAS, Philippines – Contenders better get ready for her “comeback.”

At least that is what Senator Miriam Defensor Santiago’s camp hinted when asked about her preparations for the first official presidential debate on Sunday, February 21.

“She will come in her best fighting form,” Santiago’s media relations officer, Kim Patria, told Rappler in a phone interview.

Patria noted that Santiago is looking forward to the Sunday debate, which will be attended by all 5 presidential contenders. (READ: The Leader I Want: Miriam Santiago’s to-fix list for 2016)

Patria also dismissed persistent doubts on Santiago’s health, saying she is physically fit to participate in the Mindanao leg of the 3-part debate.

“You’ve seen her at the Youth for Miriam launch, where she rallied the youth and showed no signs of weakness,” he said.

Santiago announced that she was diagnosed with Stage 4 lung cancer in 2014. In 2015, she said she had defeated cancer and announced her bid for the presidency. She has rejected calls to release her medical records. (READ: Dear Miriam Defensor Santiago)

Famous for her mastery of legal issues and her fiery speeches, Santiago is preparing herself by reviewing updates on issues and the bills she has filed throughout her Senate career, which began in 1995, Patria said.

Analysts earlier said that the Comelec debate would be the perfect way for her candidacy to pick up.

“That’s her strength. She has a very good grasp of issues. She’s a very good debater and she can shine during the debate,” political expert Prospero de Vera Jr told Rappler in a previous interview. (READ: The Smartest of Them All)

Santiago is at the bottom of surveys on presidential candidates, with 5% of voters’ preference.

The Sunday debate, hosted by GMA-7 and the Philippine Daily Inquirer, will be held at Capitol University in Cagayan de Oro. ABS-CBN and Manila Bulletin, as well as TV5 and Philippine Star will partner for the two other events.