Facebook Twitter Copy URL
Copied
Filers are told to use the January 2015 SALN form, which requires them to specify where their properties are

MANILA, Philippines – As the campaign period for the May elections heats up, the Civil Service Commission (CSC) reminds government officials and employees not to forget the filing of their Statement of Assets, Liabilities, and Net Worth (SALN) for 2015.

The SALN, which government officials and employees declare annually, is where they disclose the following information:

Failure to submit the SALN is a violation of Section 8 of Republic Act 6713. It is punishable by suspension of up to six 6 months for the first offense, and dismissal from service for the second offense. 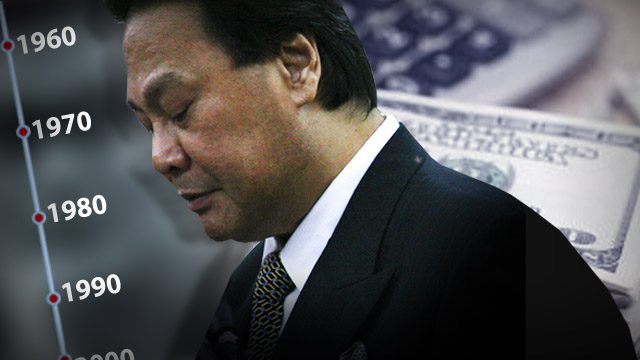 As the SALN is a sworn document, misrepresentation and non-disclosure are tantamount to lying under oath.

Such was the case of former Supreme Court Chief Justice Renato Corona, who was impeached for failure to declare some properties in his SALN. (See Rappler’s coverage of the Corona trial here.)

Government officials and employees are advised to use the January 2015 version of the SALN form, which requires filers to identify the exact locations of their real properties. The form is downloadable from the CSC website.

The SALNs to be submitted will be stored by the following repository offices:

As the SALN is a public document, copies may be requested by the public – including members of media – from the respective repository offices.

However, the CSC states that only SALNs not older than 10 years can be requested.

Rappler has been requesting for SALNs since 2012, and has had difficulties with acquiring some of them. (READ: Gov’t making access to public information harder)

The Supreme Court made available to the public the SALNs of its justices only starting 2012, but requests should get the approval of the whole en banc.

Meanwhile, the House of Representatives had been releasing SALNs of individual congressmen in the past, but stopped doing so after Corona’s impeachment. It opted to release SALN summaries instead since then.

This prompted Rappler to request directly from offices of individual congressmen, but not all granted the requests. Rappler was able to collect only 5 SALNs in 2012, 9 SALNs in 2013, and 30 SALNs in 2014. – Rappler.com