QUIZ: Would you have survived martial law? 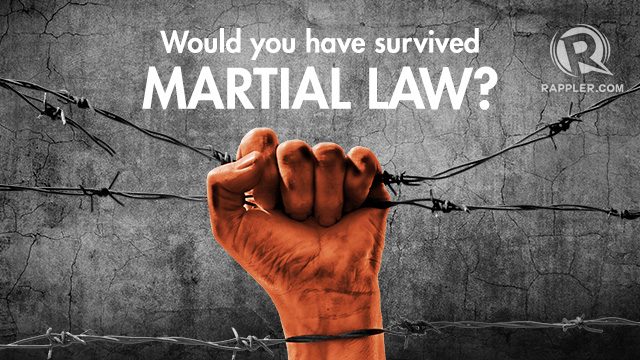 MANILA, Philippines – Would you have survived martial law?

We’ve heard stories from that dark period between 1972 and 1986, but those born after will never truly know how it felt to be in the shoes of Filipinos during the years of Ferdinand Marcos’ rule.

Had you lived at the height of martial law instead, would you have followed or defied government?

Take this quiz and see how you would have responded and made choices in difficult situations that Filipinos experienced under martial law, when basic rights and freedoms were suspended.


How did you fare in the quiz? Write about your thoughts on martial law on X. – Rappler.com