Feb 2, 2012 2:48 AM PHT
David Yu Santos
Facebook Twitter Copy URL
Copied
[UPDATED] Their Filipino companion, a photographer and member of the Wild Bird Club of the Philippines, manages to escape from kidnappers

Officials identified the kidnap victims as Ewold Horn, 52, from Holland and Lorenzo Vinciguerra (not Vinzigueere, as we earlier reported) 47, from Switzerland. 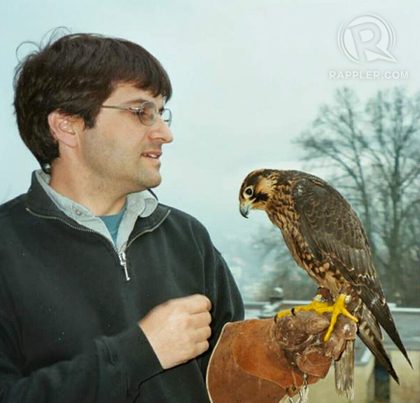 The police earlier said there was a third victim, photographer Ivan Sarenas (not Sadenas, as we earlier reported), 35, who accompanied the foreigners to the area.

But reports reaching Rappler Wednesday evening said that Sarenas managed to jump out of the boat that the kidnappers used in seizing them. According to Alain Pascua, vice president of the Wild Bird Club of the Philippines to which Sarenas also belongs, Sarenas is now in the custody of the Tawi Tawi police. Pascua based his information on what ARMM Gov. Mujiv Hataman told him.

“The foreigners are still with the kidnappers,” Pascua told Rappler, quoting Hataman.

The 2 foreigners were reportedly taken by 5 unidentified men in Sitio Luuk-Luuk, Barangay Parangan around 1pm.

The victims were in the area to do birdwatching when the suspects seized them at gunpoint. A report from the Autonomous Region in Muslim Mindanao (ARMM) police indicated that the suspects were armed with 2 M16 rifles, 2 .45 caliber pistols and an M203 grenade launcher.

The victims were made to board a motorized pump boat that fled to an unknown direction.

Tawi-Tawi Gov. Sadikul Sahali is now coordinating with the local police and military to pursue the suspects and their captives.

“The Europeans and their Davao-based guide have been here for 14 days now,” Sahali said in Filipino. “This was supposed to be their last day to go birdwatching, but unfortunately they have been taken hostage by the lawless elements.”

The foreigners were scheduled to leave Tawi-Tawi on Thursday, after spending 2 weeks in Panglima Sugala.

Based on initial reports, a policeman, a village official and pump boat operator accompanied the victims.

“But the armed men only took the foreigners and their guide, forcing the other companions to jump over the boat and left them behind,” Sahali said.

“This is going to be a big blow to our efforts to rebuild the image of Tawi-Tawi,” Sahali added, pointing out that the island province has been spared from lawless activities of bandit groups “for quite some time now.”

Sahali said that the “Filipino guide,” referring to Sarenas, should be blamed for the incident, since he allegedly refused to coordinate with local authorities for the security of the foreigners, who came to Tawi-Tawi “to appreciate the exotic species of birds, that were apparently vanishing.”

Pascua said Sarenas is editor in chief and photographer of the Philippines Yearbook. He also takes photographs for the World Wildlife Fund (WWF), Greenpeace, Conservational International, National Geographics Productions, and the BBC, according to Pascua.

Pascua said Sarenas is also the official photographer of Birdwatching in the Philippines volumes 1 and 2 for the Department of Tourism.

Sahali refused to point to any particular group that could be behind the abduction.

“Our primordial concern now is to free the hostages,” Sahali said. – Rappler.com