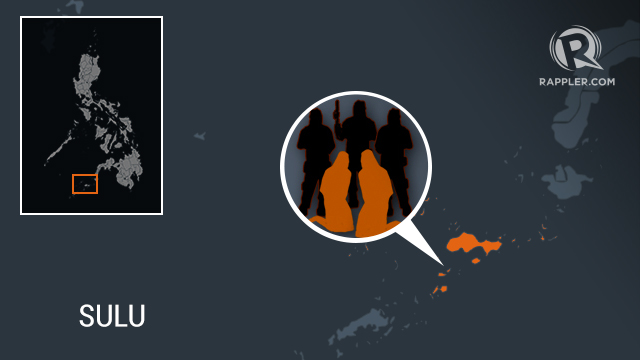 MANILA, Philippines – The Abu Sayyaf, which is holding two Canadians and a Norwegian in the southern Philippine jungles, has set a one-month deadline for millions of dollars in ransom to be paid, according to a video released Thursday, March 10.

In the video posted on a local jihadist group’s Facebook page, the emaciated victims said they would be killed if the ransom was not paid.

Canadian tourists John Ridsdel and Robert Hall, Norwegian resort manager Kjartan Sekkingstad and Filipina Marites Flor were seized from yachts at a marina in the southern Philippines in September.

While the ransom amount was not specified, an earlier video from them demanded one billion pesos ($21 million) for each of the 3 foreigners, without mentioning the conditions for Flor’s release.

Hall identified their captors as members of the Abu Sayyaf, a local group notorious for bombings and kidnappings that has pledged allegiance to Islamic State (ISIS) jihadists in Iraq and Syria.

He said they were being held on Sulu, a remote island in the country’s southwestern tip that is a known Abu Sayyaf hideout.

A spokesman for the Norwegian foreign ministry in Oslo, Rune Bjastad, declined to comment when contacted by AFP.

The Canadian embassy in Manila was not immediately available for comment, while a spokeswoman for the government in Ottawa declined to speak on the matter.

A Philippine military spokesman, Brigadier-General Restituto Padilla, told AFP he could not comment on the video until he saw it in full.

The Philippine government has repeatedly said it has a “no-ransom policy”. But parties linked to foreigners held hostage by the Abu Sayyaf often pay to win their release.

The group is also believed to be holding a retired Italian missionary whom they seized from his pizzeria in the southern port city of Dipolog in October.

The Abu Sayyaf killed a Malaysian hostage last year, according to authorities. – Rappler.com