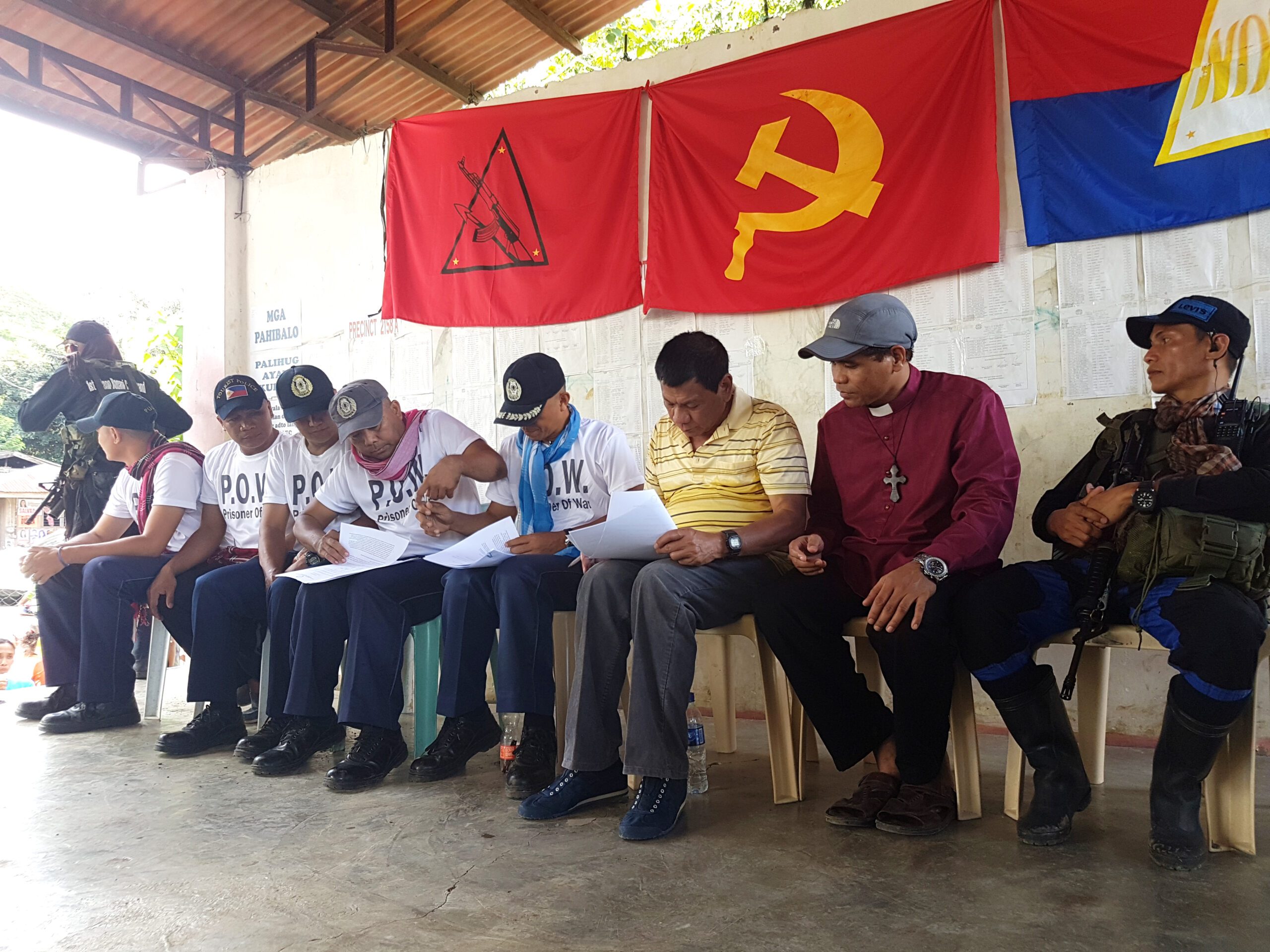 DAVAO CITY, Philippines – The New People’s Army (NPA) has released the 5 policemen captured and held as prisoners-of-war by the rebel group last April 16.

On Monday, April 25, the NPA turned over the 5 policemen to Davao City Mayor Rodrigo Duterte, citing humanitarian grounds for their release.

Duterte and the policemen were received at the police headquarters in Paquibato district by the families of the victims, accompanied by officials Chief Supt Manuel Gaerlan and Senior Supt Vicente Danao.

Village chief Celso Bughao told Rappler, “The police officers were responding to a call that an auxiliary post was attacked by the rebels, and when they were on their way, they crossed the blocking force of the rebels.”

The 5 policemen were captured in Purok 5, Barangay Mapula, while they were en route to the village of Salapawan.

In his speech before the residents of the village, Duterte said that he would continue to work for peace in Mindanao.

“We should not fight. Chairman Jose Maria Sison told me that If I will be elected president, he will come home and talk, we can fight forever,”
Duterte said, referring to the Communist Party of the Philippines founder who has been in asylum in The Netherlands since 1992. – Rappler.com