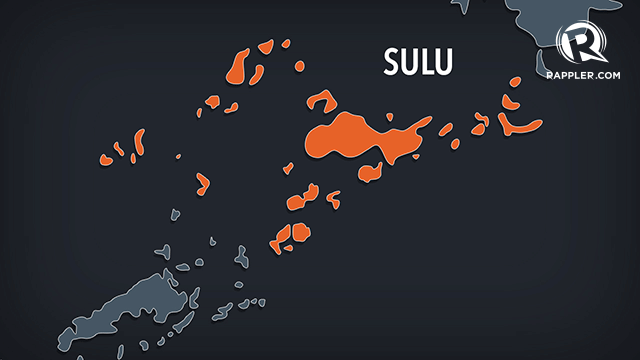 Facebook Twitter Copy URL
Copied
Police sources say the head of a foreign man was thrown in a street corner in Sulu's capital of Jolo, hours after a ransom deadline passed for the hostages held by the Abu Sayyaf

MANILA, Philippines – The head of a foreign man was dumped on a remote southern Philippine island on Monday, April 25, authorities said, hours after a ransom deadline passed for two Canadians and a Norwegian held hostage by the Abu Sayyaf militant group.

Police sources said that two men riding a motorcycle threw a wrapped object to a group of young men about to play basketball in a street corner in Barangay Walled City in Jolo, Sulu at past 7:35 pm Monday.

Policemen conducting patrol in the area alerted investigators, who eventually discovered the plastic bag to be containing the head of a foreigner.

He said the head belonged to a Caucasian man, but emphasized it was impossible to immediately identify. The local police chief issued a report to journalists with similar details.

Gunmen kidnapped 4 individuals – 3 foreigners and one Filipina – from a resort in Samal Island, Davao del Norte, in September 2015.

Six weeks after the abduction, Abu Sayyaf gunmen released a video on social media of their hostages held in a jungle setting demanding P1 billion ($21 million) each for the safe release of the three foreigners.

The men were forced to beg on camera for their lives, and similar videos were posted over several months in which the hostages looked increasingly frail.

In the most recent video, Ridsdel, a retiree in his late 60s, said he would be killed on April 25 if a ransom of P300 million was not paid.

The beheading happened on the day President Benigno Aquino III ordered military troops to intensify their operations against the kidnappers in Sulu.

The Abu Sayyaf is also believed to be holding a Dutch bird watcher kidnapped in 2012, and has been blamed for abducting 18 Indonesian and Malaysian sailors from tugboats near the southern Philippines over the past month.

The Abu Sayyaf is a small group of Islamic militants listed by the United States as a terrorist organization that operates from Jolo and nearby islands.

It is a radical offshoot of a Muslim separatist insurgency in the south of the mainly Catholic Philippines that has claimed more than 100,000 lives since the 1970s.

The Abu Sayyaf’s leaders have recently declared allegiance to the Islamic State jihadists that is causing carnage in the Middle East and has carried out deadly attacks in Europe.

However, analysts say the Filippino group is mainly focused on lucrative kidnappings for ransom, rather than waging an ideological war or creating a violent Islamic caliphate. – with reports from Agence France-Presse/Rappler.com