Duterte to Left: 4 departments yours 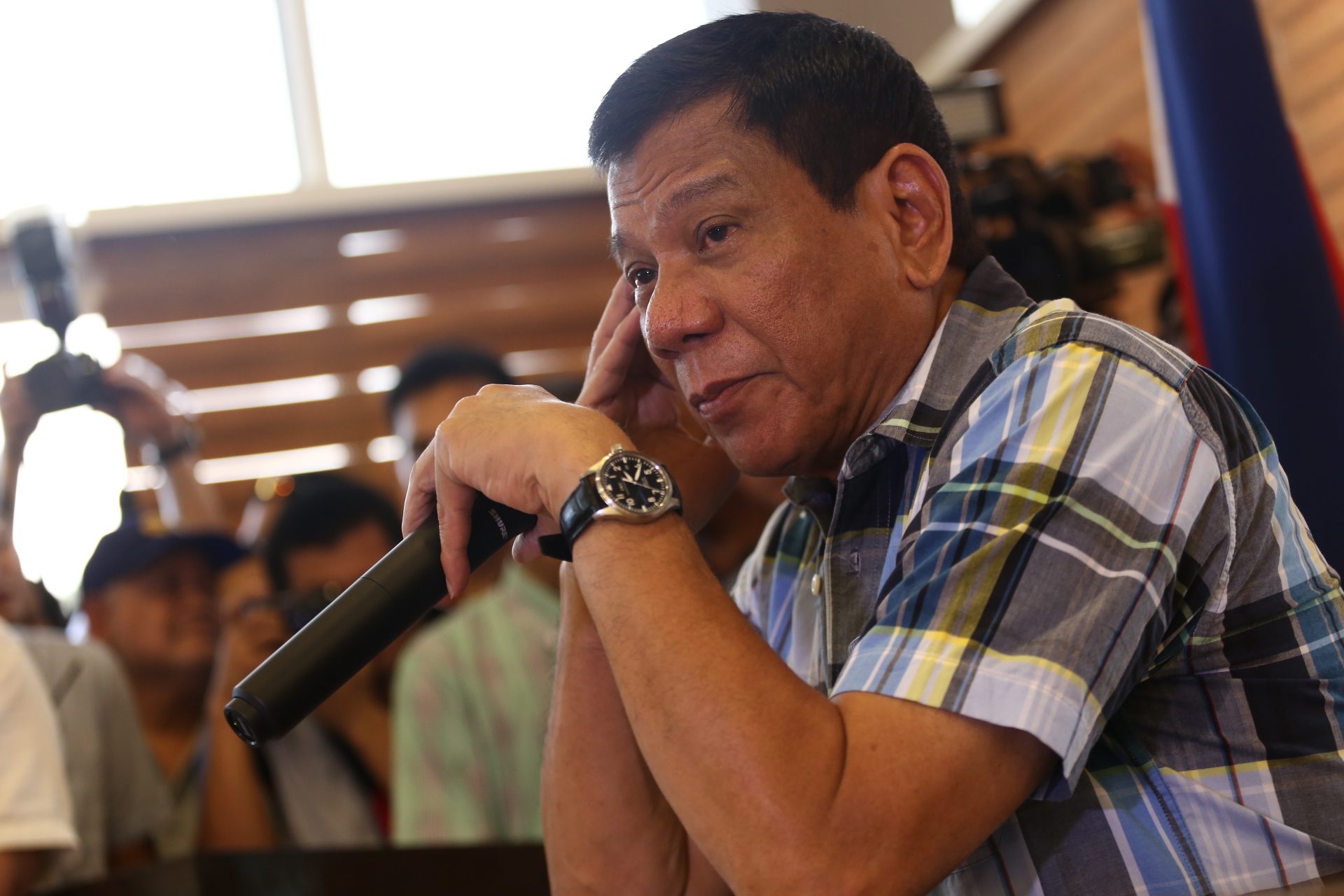 MANILA, Philippines (UPDATED) – President-elect Rodrigo Duterte said on Monday, May 16, that 4 departments are up for grabs for the Philippine Left.

He did not elaborate, however.

Leftist groups operating in Mindanao openly campaigned for Duterte in the recently concluded May 9 presidential elections.

The Davao mayor who’s now president-elect enjoys good ties with the Left as well as the communist New People’s Army (NPA). The NPA has frequently tapped him as the go-between during negotiations for the release of prisoners of war like policemen and soldiers.

“I do not begrudge the NPAs (communist New People’s Army) in looking for firearms. But when I reach my oath-taking… they must realize I am the government and I am the enemy but I offer my hand in peace and we can talk,” Duterte said.

Duterte earlier said that Sison’s return to the Philippines would be important in helping to end the rebellion.

The insurgency is one of Asia’s longest and has claimed an estimated 30,000 lives since the 1960s.

“Yes, he is welcome. I am happy with the statement that he is coming home. I would very much want to talk to him about resolving the insurgency problem,” Duterte said.

All Cabinet secretaries, whose terms are co-terminus with the President, are expected to resign by June 30, when President Benigno Aquino III ends his 6-year term. (READ: List of who’s who in the incoming Duterte Cabinet)

The incumbent DSWD secretary is Dinky Soliman, while the labor chief is Rosalinda Baldoz. The current DAR secretary is Virgilio delos Reyes, while DENR is now headed by Ramon Paje.

Earlier, Duterte said he will appoint his San Beda schoolmate, Arthur Tugade, as secretary of the Department of Transportation and Communications. Former Securities and Exchange Commission chairman Perfecto Yasay Jr, who’s from Davao, will be acting foreign secretary, according to Duterte.

The foreign portfolio was first offered to Duterte running mate, Senator Alan Peter Cayetano, but he’s banned for one year from being appointed to an executive post. – Rappler.com