Half of LP congressmen moving to Duterte’s PDP-Laban – Alvarez 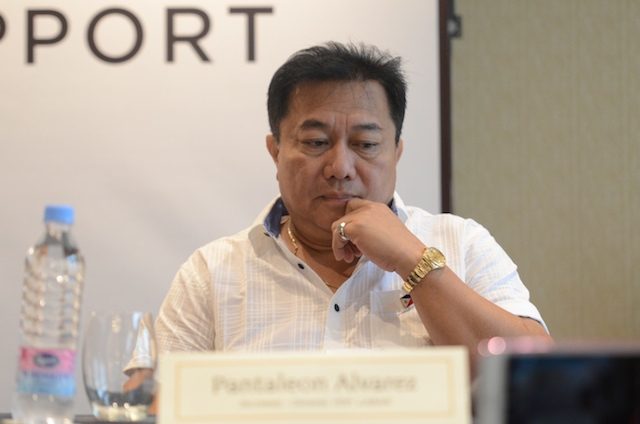 Davao del Norte Representative Pantaleon Alvarez, PDP-Laban’s bet for Speaker, told reporters on Friday, May 20: “Maraming nagpapahayag na lilipat sa partido from the LP (Many have expressed that they would love to our party from the LP)….No less than 50.”

LP has the majority in the House with over 100 members.

Alvarez also said that Speaker Feliciano Belmonte Jr, an LP stalwart, has expressed his support for the plans and programs of the Duterte administration.

Alvarez said that according to Belmonte, he gave freedom to LP members to join the “majority” in the 17th Congress.

He clarified, however, that Belmonte will still run against him for House Speaker.

Alvarez was interviewed at the sidelines of the signing of a coalition agreement between PDP-Laban and the Nationalist People’s Coalition (NPC)  at the Diamond Residences in Makati. 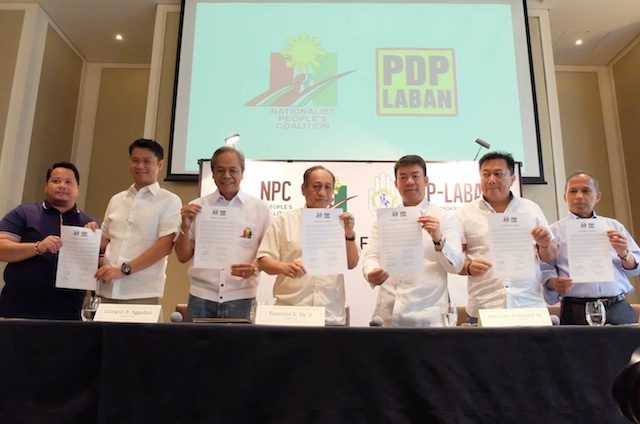 Among those who represented PDP-Laban were the party president, Senator Aquilino Pimentel III; and Alvarez, who is secretary-general.

Like PDP-Laban, the NPC said it supports the push for federalism.

“We would like to explore the possibility of shifting to a federal form of government. [We are] very much in support of putting it in full debate,” Enverga told Rappler.

When asked about the NPC’s preferred House committtees if Alvarez becomes Speaker, Enverga said the party would just give Alvarez a free hand in this regard but it “would want to secure our rightful allocation as far as the Committee on Appointments” is concerned.

Founded by businessman Eduardo “Danding” Cojuangco, the second largest political party in the country holds more than 50 congressional seats in the 17th Congress.

PDP-Laban is still in talks with the National Unity Party (NUP), which it hopes to finish this week. – Rappler.com