May 21, 2016 1:30 PM PHT
Fritzie Rodriguez
Facebook Twitter Copy URL
Copied
Do you agree that parents of unattended minors, mostly street children, loitering the streets from 10 pm to 5 am should be imprisoned? 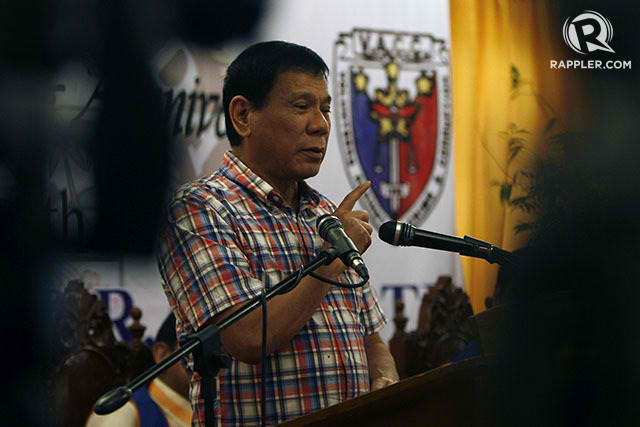 Muyot’s statement comes after President-elect Rodrigo Duterte announced his plans of imprisoning parents of minors caught roaming the streets from 10 pm to 5 am by themselves.

This is to avoid minors from getting mixed up with vices and crimes.

The curfew is currently being implemented in Davao City, where Duterte served as mayor for 7 terms. Duterte has been vocal in wanting to replicate such local ordinances nationwide to “protect the children.”

In June 2015, the Mindanao Times reported that the number of minors loitering the streets of Davao City at dark has dropped “significantly”. This was only 3 months after Duterte ordered the city-wide curfew.

If such local ordinance becomes a national policy, police would be instructed to arrest parents for the charge of “abandonment of minors and putting the life of minors in jeopardy,” Duterte told reporters on Monday.

Meanwhile, the children would be taken into police custody and concerned government agencies like the DSWD.

Some child rights advocates, however, disagreed with Duterte.

Instead of imprisoning parents, they should be offered intervention programs, Muyot suggested.

Muyot is part of the Juvenile Justice and Welfare Council (JJWC), a government body attached to and chaired by the DSWD. The council promotes the rights of all children, including those in conflict with the law.

“The most important thing is for parents to know their responsibility,” said Muyot, stressing the need for education and support systems for parents, children, and communities.

“Perhaps it’s not right to imprison them right away. There should be warnings or sanctions first,” he added.

“Talagang lalong mapapasama ang buhay ng bata kung ikukulong ang magulang,“ she said. (The lives of children would truly be worse if we imprison their parents.)

Most Filipinos might think that all children loitering after dark have no homes or families. (READ: Myths about street children)

The truth, however, is that some have parents. But these kids still spend most of their lives on the streets or other public places – begging, working, or “hanging out” with friends.

Some, but not all, get involved with illegal activities, nudged by either syndicates or poverty.

For the past 6 years, children have remained the country’s 3rd poorest basic sector, next to farmers and fishermen, the Philippine Statistics Authority reported.

These children are left wandering the streets at night since they do not have permanent homes or their parents are away working at odd hours, advocates said.

Instead of imprisonment, there should be “positive disciplining for parents,” said lawyer Marijoy Segui, executive director of the Council for the Welfare of Children (CWC).

“It’s not enough to punish or arrest parents, it’s better to capacitate them. Prevention is better,” Segui continued. “It’s hard for children to lose parents.”

“There should be training like the Family Development Sessions of the Pantawid Pamilyang Pilipino Program,” she added.

The case of abusive parents, of course, is an entirely different matter. 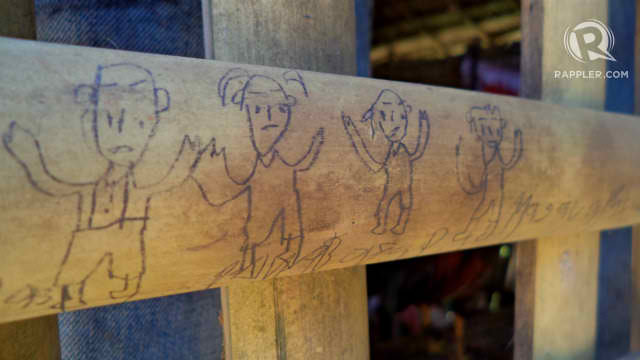 Duterte said he does not want to see minors gadding about at late hours unattended.

Some of these minors are children in conflict with the law (CICL) or those involved with crimes.

Most CICLs are involved in theft and robbery, the Philippine National Police reported in 2010. Such cases happen not only in Manila, but across the nation.

The JJWC was established in 2006 under Republic Act 9344 or the Juvenile Justice and Welfare Act, after more than a decade of legislative struggle.

The law stresses that all children have rights, including CICLs. It is considered a landmark child protection legislation not only in Asia, but in the world, Cabrera said, in celebration of the law’s 10th year anniversary.

It stresses the need for “prevention and rehabilitation so that children have lesser risk of re-offending.”

It also aims for a “comprehensive and child-sensitive justice system where children can be held accountable using procedures that avoid their incarceration.”

In short, CICLs cannot be imprisoned together with adults.

The minimum age of criminal responsibility in the Philippines is 15 years old.

Those aged 15 and below are exempt from criminal liability, while those above 15 but under 18 who acted “without discernment” during commission of offense is also exempt form criminal responsibility.

However, they are not exempt from civil liability.

Under the law, CICLs are to undergo rehabilitation programs in government-run shelters known as Bahay Pag-asa (House of Hope).

Meanwhile, the law requires parents of CICLs to undergo counseling, attend court proceedings, and be liable for damages. The law, through local governments and the DSWD, also provides assistance for victims of CICLs.

JJWC also received P40 million from the Department of Budget and Management to construct and improve Bahay Pag-asas.

All local governments are required to run their own safe and efficient Bahay Pag-asa, but unfortunately, not all LGUs comply.

While advocates call for more teeth in the implementation of child protection laws, they are also asking Duterte to relax his iron fists.

“Children found on the streets after curfew are typically in very difficult circumstances. Many children go to the streets looking for ways to support their families,” Scerri told Rappler. “Jailing parents for this will only cause severe trauma to children and deeply damage already-fragile families.”

“Duterte’s proposal fundamentally undermines children’s rights not to be separated from their families and to use institutional shelter only as a last resort,” she continued.

Bahay Tuluyan argues that Duterte’s plan “fails to address the root causes of why children are on the street, instead simply addressing the symptoms.”

“It criminalizes the poor for being poor.  It fails to address the duty of the government to provide support to families in trouble, particularly single parents without strong support systems,” Bahay Tuluyan said.

Instead of focusing on imprisonment, the NGO advises the government to focus on providing accessible child care services, adequate housing, and decent livelihoods.

“Removing children from our sight and imprisoning their parents is a superficial solution that will not resolve the underlying issues but just lead to further marginalization and vulnerability,” Scerri explained, citing the controversy that warped the DSWD during the papal visit.

While Bahay Tuluyan commends Duterte for saying that children violating curfew would not be arrested but instead rescued and placed in shelters, the NGO’s 2008 study found that such “rescue operations” are “indiscriminate, involuntary, harmful and ineffective.”

Scerri also remains critical of how government-run shelters are kept, observing that some are just as bad as jails.

The exposé led to a Senate inquiry ordering the investigation of such government facilities and the shutting down of the RAC in early 2015.

Some human rights advocates also criticized Duterte for his hypocrisy towards children, citing a 2009 report by Human Rights Watch (HRW).

In fact, according to documentation, at least 9% of the squad’s targets were street children. “In 2008 alone, out of 124 victims, 14 were children,” the HRW reported.

Several Filipinos are expecting the strongman they voted for to keep his vow of protecting the Philippines, its citizens, and children.

Amid the cheers and excitement, advocates quietly ask: “But at what cost?” – Rappler.com

For inquiries or reports, get in touch with local social welfare and development offices, or call the DSWD CICL hotline at 951-7433 or the JJWC hotline at 921-9065.