May 21, 2016 7:12 PM PHT
Rappler.com
Facebook Twitter Copy URL
Copied
Malacañang hopes that the next Congress will prioritize the national interest in pursuing the peace process in Mindanao 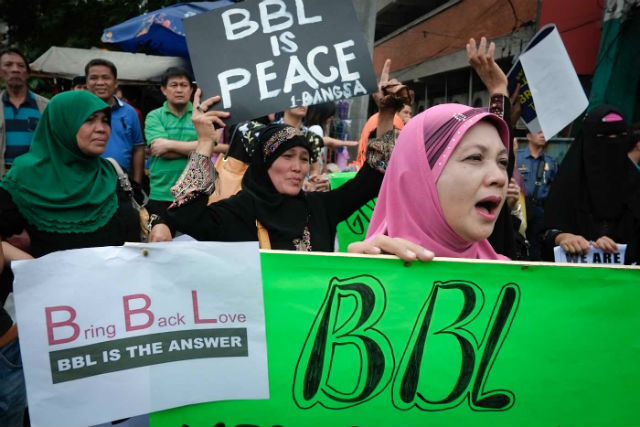 MANILA, Philippines – It will be to the national interest to pursue the peace process via the passage of the Bangsamoro Basic Law (BBL).

Presidential communications secretary Herminio Coloma Jr said in an interview with state-run radio dzRB on Saturday, May 21, the Palace hopes members of next Congress will prioritize the national interest when it decides on laws they will pass.

Earlier, Davao del Norte Representative Pantaleon Alvarez, expected to be the next Speaker of the House of Representatives, said the push for federalism, a campaign platform of President-elect Rodrigo Duterte, will render the BBL “moot”.

Under federalism, regions and areas in the country will be self-governing, and will have more power over their finances, development plans, and laws exclusive to their jurisdiction. (READ: Will federalism address PH woes? Pros and cons of making the shift)

Malacañang said it is up to Congress to tackle the BBL’s fate, given the separation of powers among the 3 branches of government. But Coloma suggested that Congress reconsider the BBL and give it another chance.

“Kung ito naman ay bibigyan nila nang sapat na pagkakataon na mapag-aralan muli, marami na rin naman po ang magsasabi na puwede namang ikonsidera na ‘yung pagpapatuloy dito,” he said. (If this would be given an opportunity to be studied again, many have already been saying that continuing it can be considered.)

(What we could say is to reiterate our call to study it carefully and make sure that the peace process will not be derailed, because a lot has been invested by the government and the Filipino people, and that we have spent a lot of time and resources to push the Bangsamoro Basic Law.)

The BBL faced intense scrutiny in Congress through a series of public hearings and committee debates.

In 2015, the proposed bill was put in jeopardy, following the Mamasapano incident in Maguindanao in late January, where 60 persons died, including 44 elite cops who clashed with Muslim rebels. – Michael Bueza/Rappler.com