Left submits Cabinet nominees to Duterte, 4 out of 10 women 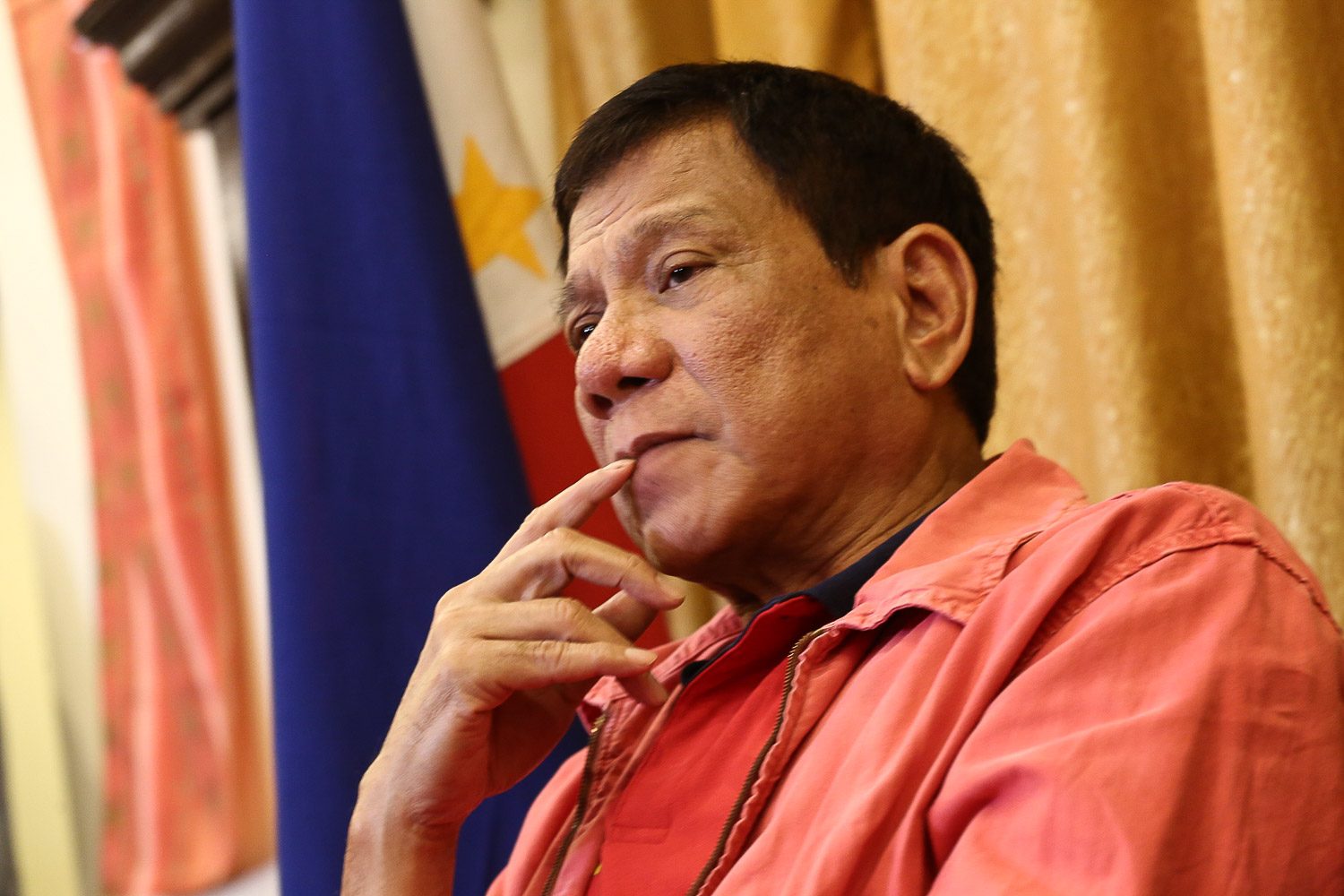 DAVAO CITY, Philippines – President-elect Rodrigo Duterte said on Wednesday, May 25, that the Left has submitted its “impressive” Cabinet nominees to him, 4 out of the 10 contenders women.

Duterte said in a news briefing on Wednesday night that National Democratic Front spokesperson Fidel Agcaoili handed the Left’s Cabinet nominees to him when they met on Tuesday.

Duterte was all praises for the nominees but refused to divulge their names to save them from humiliation should their proposed appointments fall through.

“The Left gave me a very impressive list of people who have the talent,” he said, but added, “I really do not know if they’d be willing to [work for government].”

Women empowerment advocates are closely watching how gender-balanced Duterte’s Cabinet will be.

His transition team had earlier announced that the Cabinet would be patterned after the Cabinet of Canadian Prime Minister Justin Trudeau which has an equal number of men and women.

The team also tapped Senator Pia Cayetano to advise them on women appointees. But Duterte’s incoming Cabinet so far has only one woman, former immigration chief Andrea Domingo who is set to head the Philippine Amusement and Gaming Corporation (Pagcor). (READ: Duterte presidency to have more women leaders)

‘Inclined to give in’

Because of the quality of the Left’s nominees, Duterte said, “I am inclined to give in. If we can talk smoothly and Jo Maria Sison would come home in July, I’m ready to give more of them positions in government.”

He emphasized, however, that he will not offer positions to “hardcore” Leftists or communists.

“I cannot give a position to a combatant,” he said.

The president-elect, however, has already tapped former justice secretary Silvestre Bello III as his labor chief. (READ: Who’s who in the incoming Duterte Cabinet) – Rappler.com