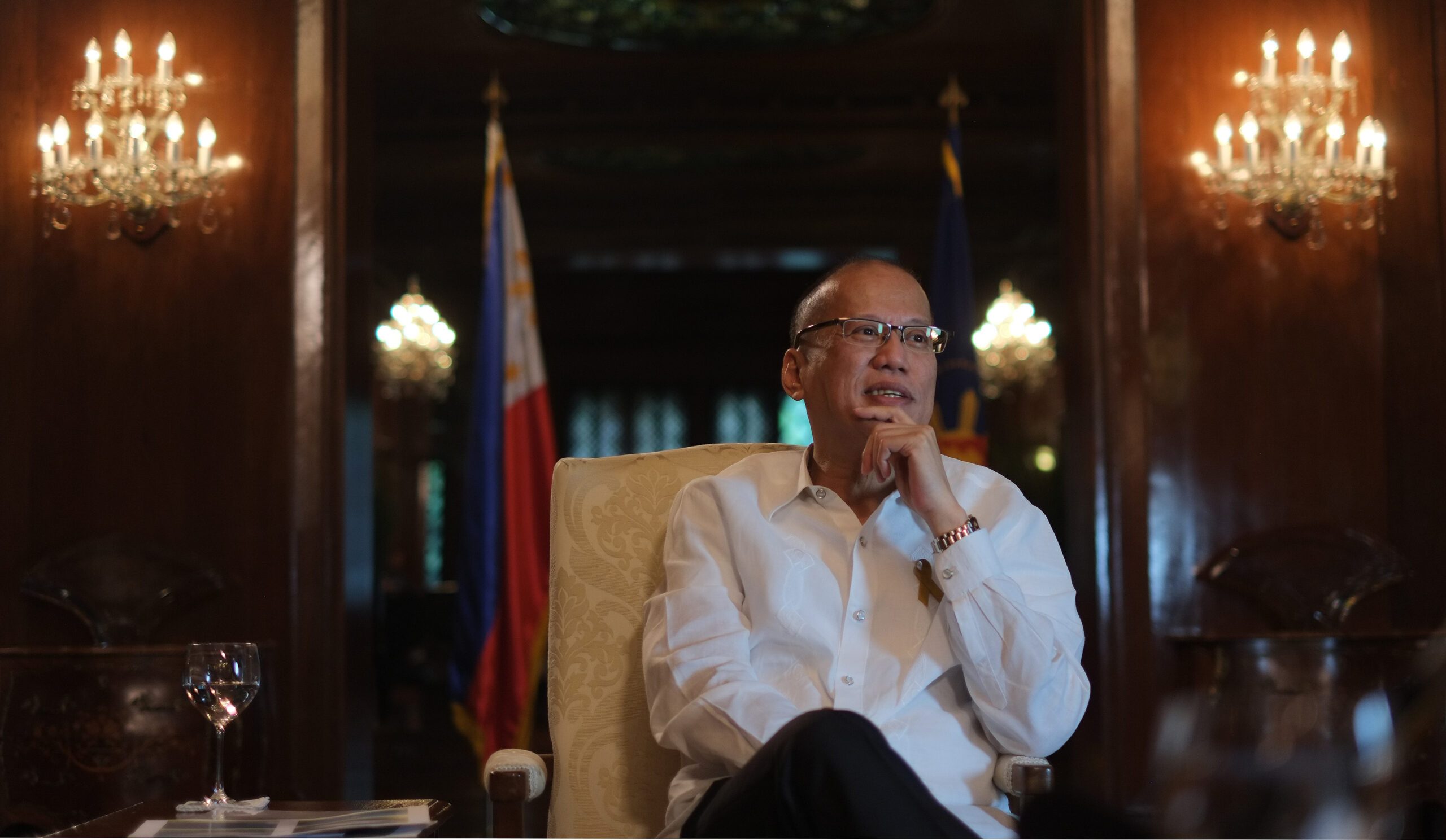 Facebook Twitter Copy URL
Copied
President Benigno Aquino III recalls that the Liberal Party was once a small party, until he became president and politicians decided to switch to their side

“Well, naintindihan natin iyon (I understand),” Aquino told reporters in a chance interview in Tarlac City on Thursday, May 26.

(Remember, a lawmaker must represent the interest of his or her district. So perhaps, in their view, they would be able to fulfill their promises to their district if they would join another group.)

Davao del Norte Representative Pantaleon Alvarez, whom PDP-Laban has endorsed to gun for the  speakership, claimed that at least 50 LP lawmakers have switched to PDP-Laban. The number is equivalent to half of the LP membership in the Lower House.

Current House Speaker Feliciano Belmonte Jr already conceded to Alvarez in the race to become the House Speaker of the 17th Congress as well.

But he is hoping that party members who are aligning with PDP-Laban will remain as members of LP.

LP was once small, too

According to Aquino, the ruling administration was a small party when he joined it.

He cited the late Senator Joker Arroyo, whom Aquino said often joked before that LP members could fit inside a Volkswagen Beetle.

That was until Aquino became president in 2010, prompting politicians to join the administration party.

“Nagkaroon ng 6 na taon na naging marami kami, pero hindi kami namilit na sumanib sa amin ‘yung mga ibang mga kampo,” said Aquino. (There were 6 years when we had many members, but we did not force anyone to join our camp.)

The President said he did not let political colors get in the way of him extending help to non-LP politicians.

LP to become a minority?

Turncoatism has been an integral part of Philippine politics because of the lack of a real political party system in the country.

In a Facebook post on Thursday, Ifugao Representative Teddy Brawner Baguilat Jr said he has opted to remain with LP “no matter what happens.”

“The elections are over and the people have spoken unequivocally. Believe me, I wish the next administration all the success. But it doesn’t mean I have to jump ship and leave the party I have been with since 2001,” he said.

According to Baguilat, he would assume the role of the “fiscalizer” should he end up being a part of the House minority. He said the “best track” for LP to follow under the Duterte administration is to become a “collaborative, intelligent, sober opposition.”

“Sa tingin ko, habang nagsusumikap ang marami na lumapit sa Duterte bandwagon, mas malaki ang maitutulong naman ng iba kung meron din na maiwan sa minority upang magpuna at maghain ng ibang pananaw (I think that, while many are joining the Duterte bandwagon, others would be of greater help if there will be people left in the minority who will give criticisms and present alternative views),” said Baguilat.

“Democracy works when there is a vibrant opposition. Tyrants emerge when no one dares to question and speak. I hope that just like what happened with the Aquino administration, being in the minority will not affect the lobbying efforts for development programs in the Solon’s district,” he added.