UP professor Taguiwalo for DSWD secretary?

May 27, 2016 10:32 AM PHT
Raisa Serafica
Facebook Twitter Copy URL
Copied
(UPDATED) If appointed, UP professor Judy Taguiwalo can provide a strong voice for women and children in the Duterte administration 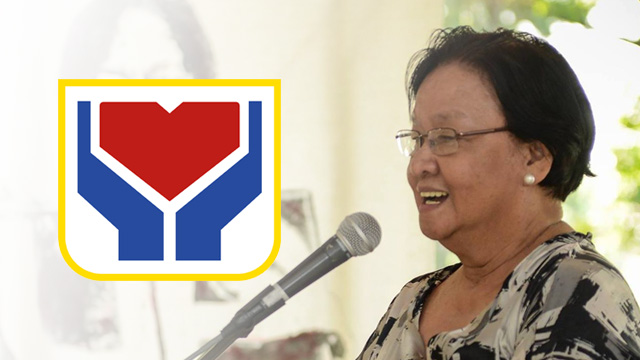 MANILA, Philippines –  (UPDATED) On Friday, May 27, UP professor Judy Taguiwalo confirmed that the National Democratic Front (NDF) has nominated her to lead the Department of Social Welfare and Development (DSWD) under the administration of president-elect Rodrigo Duterte.

“I am honored to be nominated by the CPP/NDF to the post of Secretary of the Department of Social Welfare and Development. That an incoming president of the Philippines is extending his hand to the Left and inviting the latter to be part of government is a historic act,” Taguiwalo said in a Facebook post.

Taguiwalo is among the Cabinet nominees that NDF spokesperson Fidel Agcaoili submitted to Duterte when they met on Tuesday, May 24. Duterte had called the Left’s list “impressive” but did not name the 10 nominees, 4 of them women.

The DOLE, however, is already off the table as Duterte has tapped former justice secretary Silvestre Bello III to head the agency.

If appointed, Taguiwalo could provide a strong voice for women in the Duterte administration. In her wide experience on social welfare and development – both in the academe and in her advocacy work – Taguiwalo paid special attention to the plight of Filipino women.

Under the dictatorship of Ferdinand Marcos, Taguiwalo was arrested twice and spent 3 years and 7 months in different military prisons.

Taguiwalo currently serves as a professor at the Department of Women and Development Studies, College of Social Work and Community Development in UP – Diliman. She served as the Faculty Regent in the state university from 2009-2010. In 2009, the UP Alumni Association awarded her the Distinguished Alumni Award in Gender Equality/Women’s Empowerment for her advocacy on women’s equality.

Taguiwalo obtained her doctorate degree in Philippine Studies at the University of the Philippines and her master’s degree in public administration at Carleton University in Canada. She also founded the All UP Academic Employees Union, the labor union of faculty and non-teaching academic personnel of the state university.

If appointed, Taguiwalo will succeed Corazon “Dinky” Soliman who lead the DSWD under the Aquino administration and part of the Arroyo administration.

Another possible secretary from the Left is Liza Masa.

During her term as Gabriela Women’s Party (GWP) representative, Maza was among the authors of the Anti-Trafficking in Persons Act of 2003 and a co-author of the Anti-Violence in Women and Children Act (Anti-VAWC) and the Juvenile Justice Act.

Fidel Agcaoili of the National Democratic Front – the Communist Party of the Philippines’ political arm – stated that “the list of NDFP nominees are not necessarily members of the revolutionary movement (CPP, NPA and NDF) but are individuals who are known for their pro-poor and pro-people positions and are of proven integrity and competence.”

So far, however, only one woman has been nominated to join the Duterte administration – former immigration chief Andrea Domingo as head of the Philippine Amusement and Gaming Corporation (Pagcor). – Rappler.com