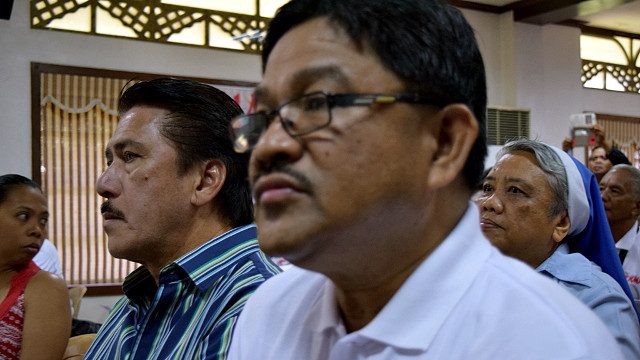 Agcaoili said Mariano is among the list of NDF nominees for Cabinet positions submitted to president-elect Rodrigo Duterte.

Mariano, also known as Ka Paeng, is the chairman of the Kilusang Magbubukid ng Pilipinas (KMP), a militant farmers’ group that has led many protests against the Aquino administration’s implementation of agrarian reform and agriculture programs.

The NDF refused to divulge other names on its list.

“The list cannot be made public unless Duterte makes it public,” said a staff of the NDF joint monitoring committee.

But Agcaoili confirmed the names of Mariano and University of the Philippines professor and women’s rights advocate Judy Taguiwalo, the NDF nominee for social welfare secretary.

“Incoming president Duterte should seriously consider the NDFP’s nomination of Ka Paeng to effect significant policy changes in the agrarian front,” said KMP secretary-general Antonio Flores in a May 27 statement.

On Wednesday,  Duterte announced that he had received a “very impressive” list of nominees from NDF. He said 4 of the nominees are women.

Duterte, however, has chosen former justice secretary Silvestre “Bebot” Bello III to lead DOLE, an appointment which NDF has accepted.

“We raised no objections to Bello’s appointment considering his track record of being a patriot and a progressive,” Agcaoili said on Friday.

Duterte is yet to decide if he will go with these nominees. But on Wednesday, he said he was “inclined to give in.” – With reports from Voltaire Tupaz/Rappler.com