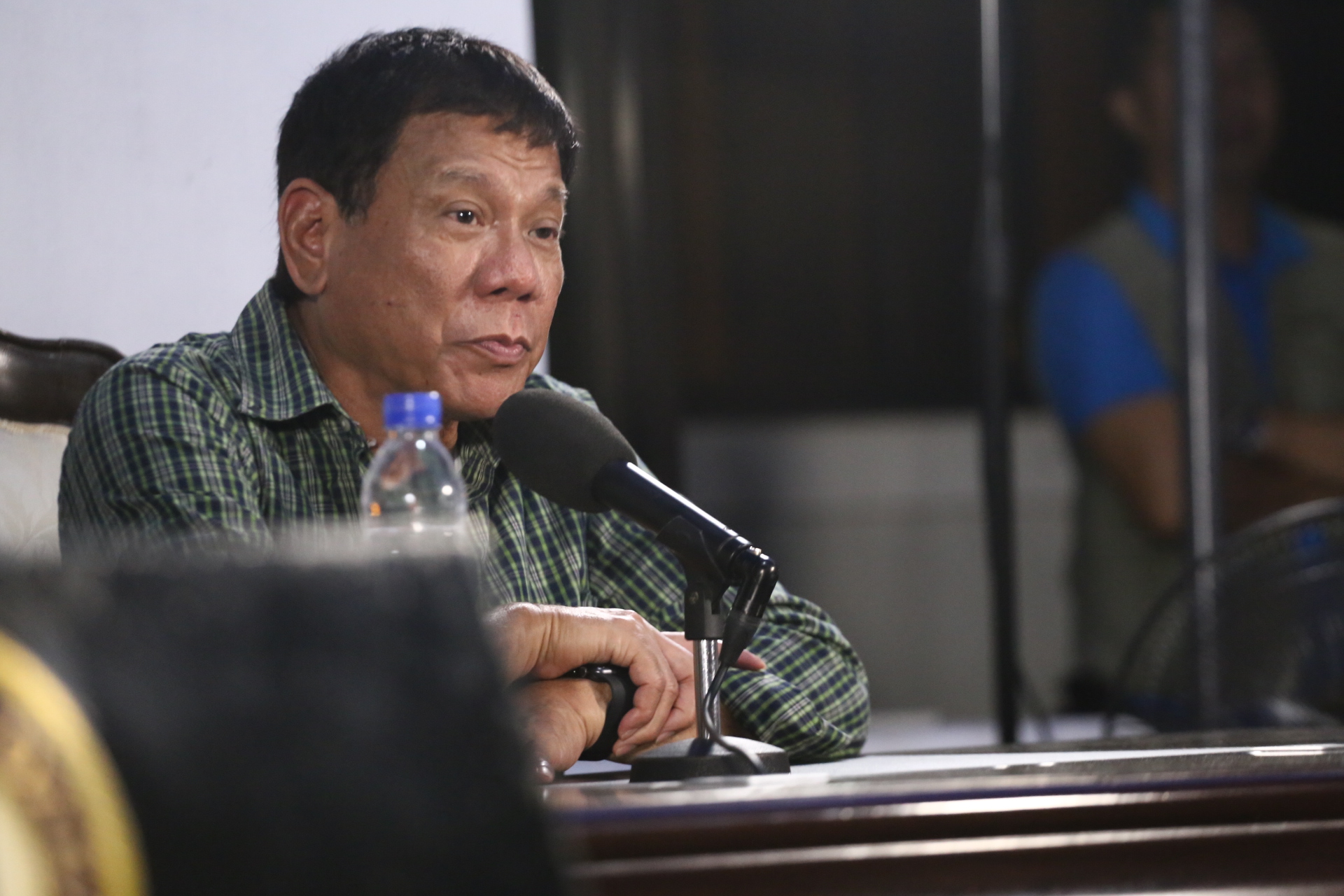 Duterte, 71, interrupted a question from GMA7 reporter Mariz Umali on Tuesday night, May 31, about his Cabinet appointees with a light-hearted comment about her trying to get his attention, then wolf whistling and breaking into a short serenade.

Umali continued trying to ask her question as Duterte smiled and some other reporters laughed.

In an interview with her GMA network on Thursday, Umali described his remarks as “improper,”

While Umali said she would not ask for an apology and sought not to inflame the controversy, her journalist husband took to Facebook to criticise Duterte.

“Catcalling my wife is wrong in so many levels,” husband Raffy Tima wrote.

“Some jokes are funny and should be laughed at but disrespecting women is definitely not one of them.”

At the same press conference, Duterte created another controversy by saying there was justification for killing corrupt journalists, and that one “rotten son of a bitch” reporter deserved to have been murdered. (READ: Duterte on killings: Corrupt journalists asked for it)

Duterte, an incendiary politician who won last month’s elections by a landslide on a pledge to end crime by killing tens of thousands of criminals, has previously been criticized for comments about women.

On the campaign trail he made a joke about wanting to rape a “beautiful” Australian missionary who had been sexually assaulted and murdered in a 1989 prison riot in his hometown of Davao.

When his daughter reacted to those comments by revealing she had been raped, Duterte described her in jest as a “drama queen.”

Duterte, whose first marriage was annulled and is in a long-term relationship with another woman, has also openly boasted about having mistresses and using Viagra to have sex with them.

Duterte and his aides have repeatedly said such controversial comments and actions should not be taken too seriously: that he is a straight-talker and an authentic character who likes to joke and speak the language of the streets.

They also point to his pro-women policies in Davao, which he has ruled as mayor for most of the past two decades.

However Duterte’s jokes sent messages to society, according to Elizabeth Angsioco, national chair of the Democratic Socialist Women of the Philippines.

“His words and actions reinforce looking at women as second-class citizens,” she told AFP.

In a statement, Liberal Party women leaders and the Mamamayang Liberal said they expected more from the tough-talking President-elect who, during the campaign, called for unity and healing.

“We, women leaders of the Liberal Party and the Mamamayang Liberal – composed of the women, youth, workers, farmers, fisherfolk, and urban poor sectors of LP – join women advocates in calling out and condemning President-Elect Rodrigo Duterte’s sexist and offensive acts,” they said.

“From his now world-infamous rape-slay comment to his most recent catcalling on a female broadcaster in a live press conference, Mayor Duterte’s words and actions betray a wanton disrespect for the rights and dignity of women,” they added.

They said that “for every catcall casually made, abuse is normalized and the victims are silenced.”

“Catcalling and rape jokes are key features of patriarchy, functioning to desensitize society to violence against women and to reproduce sexual entitlement in men,” they said.

They added, “Mayor Duterte’s words only reinforce the regressive culture of patriarchy, which culture sadly reared its ugly head even more when his catcall was met with some jeering and laughter from others inside the room and even now in social media.”

They also urged others to “stand for the dignity of women.”

“We call on women’s groups, especially those who have given their support to the incoming Administration, to help educate our new leaders about respect for and equal treatment of women. Now, more than ever, we must ensure that the change that will come in the coming months and years is one that protects and upholds the rights and dignity of all citizens,” they said.  – Rappler.com