Duterte cries freedom of expression after whistling at female reporter 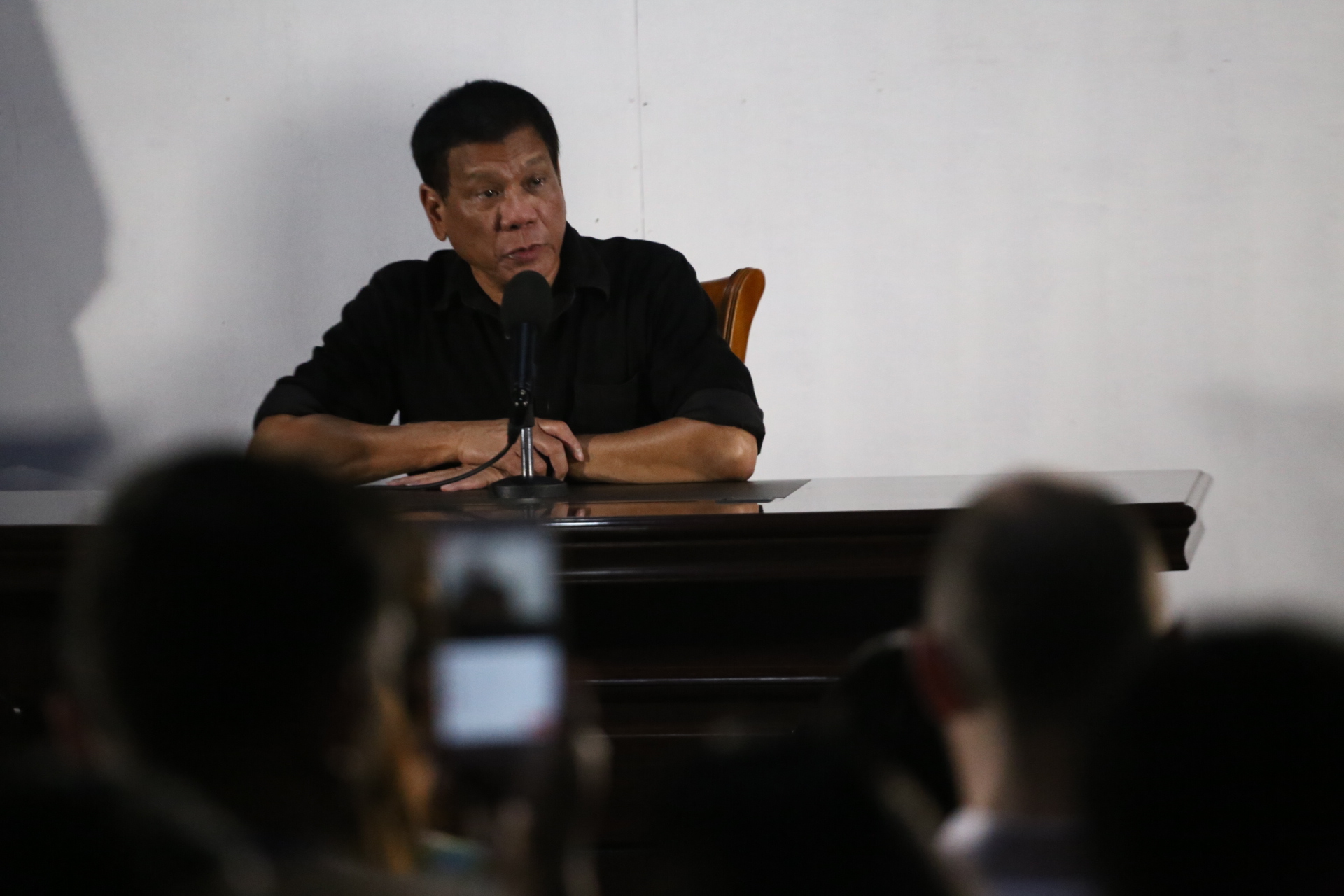 DAVAO CITY, Philippines – President-elect Rodrigo Duterte insists that his whistling at a female reporter during a press conference is protected by his right to freedom of expression.

“That is freedom of expression. You cannot stop anybody from whistling,” Duterte said on Thursday night, June 3, during a media briefing in Davao City.

Duterte’s treatment of women once again came under fire after he was seen whistling at GMA7 reporter Mariz Umali after she asked a question during a May 31 press conference.

Watch a video of the incident here:

Some, including Umali’s own husband, fellow reporter Raffy Tima, slammed the act as inappropriate and demeaning.

“Whistling” is in fact defined as an act of sexual harassment under Davao City’s own Women Development Code, which Duterte himself signed in 1994.

Under Section 8 of the ordinance, “cursing, whistling or calling a woman in public with words having dirty connotations or implications which tend to ridicule, humiliate or embarrass the woman” are deemed other forms of sexual harassment.

Duterte defended himself by saying whistling is “not a sexual thing.” (READ: Catcalling: Duterte broke the law in own city)

“If you are a beautiful woman, and you say whistling is directed at a woman, and when I say [whistles], what am I doing? I am suggesting sexual intercourse?” he asked.

For whistling to be sexual harassment, he said there has to be “sexual undertones.” Otherwise, any act to prohibit someone from whistling is “intruding into constitutional grounds.”

Asked if he was whistling at Umali, Duterte said, “I was not,” but he later on admitted that he had whistled because he was “exasperated by the question.”

Duterte is known to be very open about his fondness for women. On the campaign trail, he frequently flirted with both female supporters and female reporters.

But he insists he has never taken advantage of women and simply flirts with them to establish rapport. – Rappler.com