Duterte: We will never surrender Scarborough

Jun 4, 2016 7:00 AM PHT
Paterno Esmaquel II
Facebook Twitter Copy URL
Copied
President-elect Rodrigo Duterte says the Philippines' approach toward the West Philippine Sea dispute 'has to be multilateral' in the first 3 to 4 years 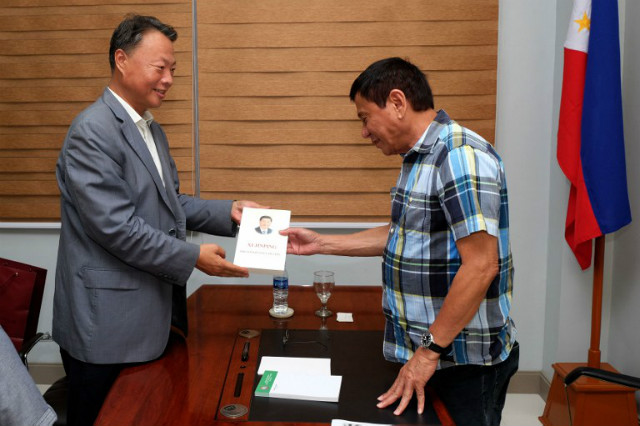 MANILA, Philippines – “There will never be an instance where we will surrender our rights over the Scarborough Shoal.”

Philippine President-elect Rodrigo Duterte made this assurance in a press conference on Thursday, June 2, as he asserted the Philippines’ claim over the disputed Scarborough or Panatag Shoal in the West Philippine Sea (South China Sea).

Duterte, the outgoing Davao City mayor, was responding to a question about his two meetings with Chinese Ambassador Zhao Jianhua in less than a month.

Duterte explained that in their first meeting, Zhao delivered to him a letter from Chinese President Xi Jinping, congratulating him for winning the presidency.

In their second meeting, Zhao came “in his capacity as ambassador.”

Asked about key issues with Zhao, Duterte said he refuses to discuss the issue of the West Philippine Sea.

“It’s something which is also dependent on the development of the arbitration case we filed,” he said, referring to the historic case filed by the Philippines against China over the disputed waters.

The case is pending before an arbitral tribunal at the Permanent Court of Arbitration in The Hague, Netherlands, which is expected to issue a ruling in the next few weeks.

While waiting for this ruling, China has exercised de facto control over parts of the West Philippine Sea, preventing Filipinos from fishing in the disputed waters.

Referring to the Chinese, Duterte said on Thursday, “I cannot talk to them about anything until I get hold of that verdict, whether it’s favorable or it’s not.”

Duterte earlier said he is open to bilateral or one-on-one talks with China – which Beijing prefers over joining arbitration proceedings.

Duterte, however, clarified on Thursday that the Philippines’ approach toward the dispute “has to be multilateral,” which means it should involve third parties. After all, he said, “we are allied with the Americans.”

The president-elect said he will give a try to the multilateral approach. If there is “no movement” in 3 to 4 years, he said, “we have to talk to China: ‘What do you want?'” – with reports from Pia Ranada/Rappler.com