Duterte to media: You won’t boycott me? I’ll boycott you 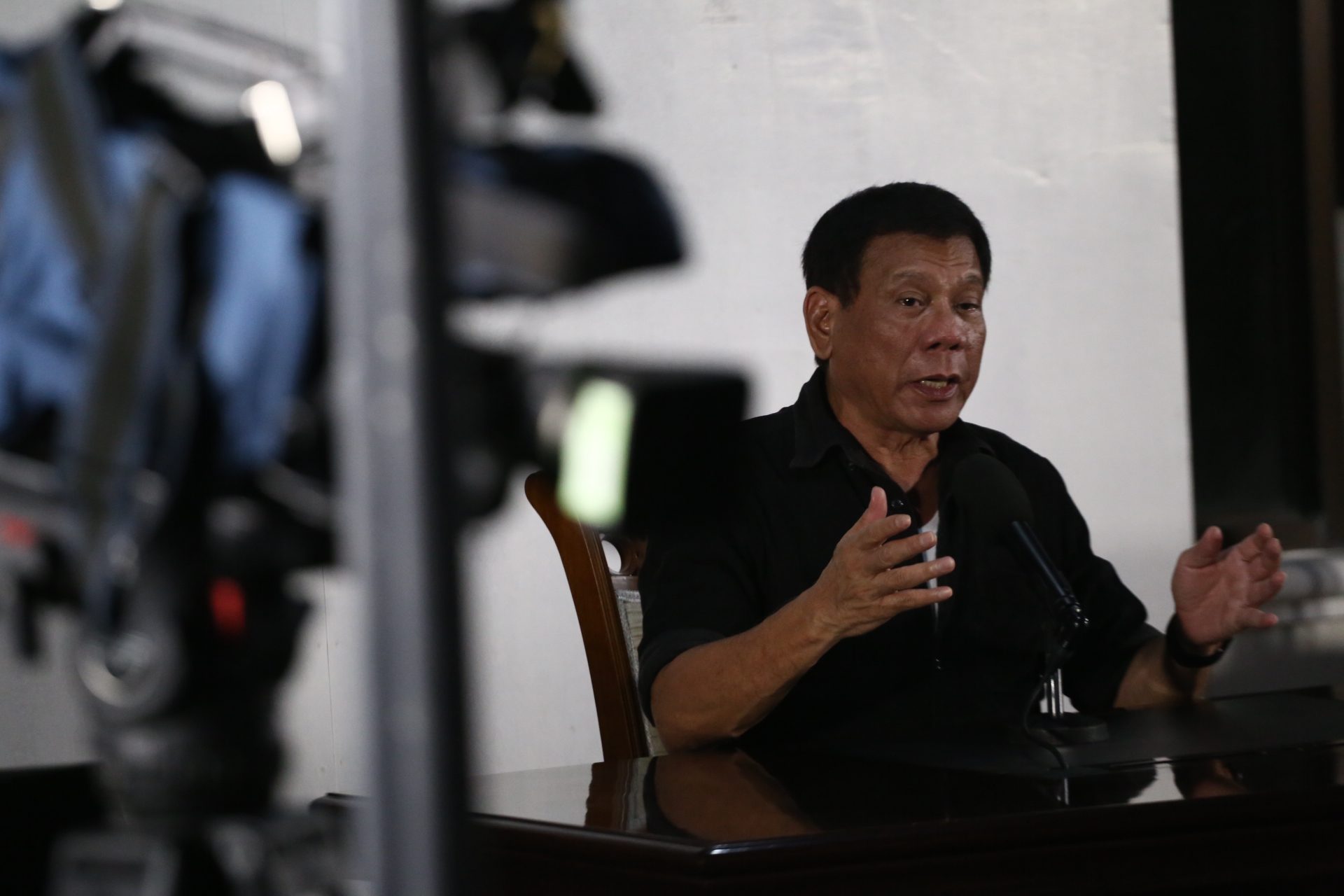 Facebook Twitter Copy URL
Copied
Known for his good rapport with Davao-based journalists, Duterte has been in hot water over statements made in press conferences with international and national media

Duterte, who has been Davao mayor for nearly 3 decades, won the 2016 presidential elections after initially insisting he did not want to run for president.

He was proclaimed on May 31 and will take his oath as president on June 30 yet.

Known for his good rapport with Davao-based journalists, Duterte has been in hot water over statements made in press conferences with international and national media.

In one press conference, Duterte was asked about media killings. The Davao mayor explained some of those killed were corrupt journalists, earning him the ire of journalists both here and overseas.

The Paris-based watchdog group Reporters Without Borders called on journalists to boycott the controversial president-elect but media opted to continue covering him.

In his next press conference, Duterte continued to press on media corruption, classifying journalists into 3 categories: the honest, those with vested interests, and the corrupt “vultures”.

In the first category are the crusaders “bearing it all to the public and sometimes they hit big business.” The second are the “mouth pieces” who protect powerful people with “press release” type of articles. The third are “low-life” journalists who dig up dirt and demand money from the subject of their stories in exchange for keeping quiet.

The Philippines is among the most dangerous in the world for journalists.

Allies have come to his defense, saying the mayor was either “misquoted” or “taken out of context”. His running mate, losing vice presidential candidate Senator Alan Peter Cayetano, even pointed out that some media outfits continue to show bias against Duterte.

On Friday evening, Go told media that Duterte would no longer be granting press conferences to “minimize mistakes.” Instead, announcements and interviews would have to be coursed through state-owned PTV.

It remains unclear, however, if Duterte’s latest statement was made in jest or if it should be interpreted differently. – Rappler.com