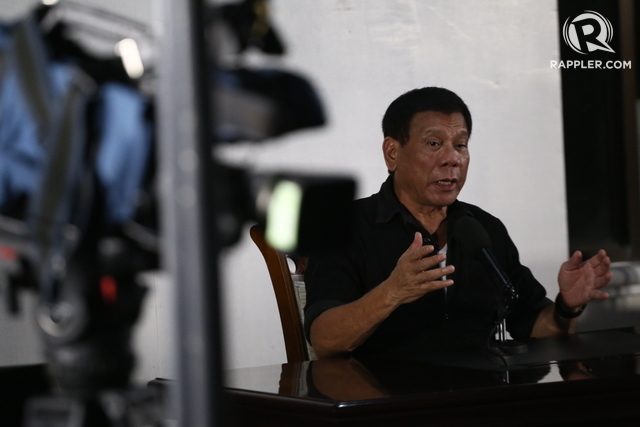 Facebook Twitter Copy URL
Copied
Ban Ki-moon: 'I unequivocally condemn his apparent endorsement of extrajudicial killings, which is illegal and a breach of fundamental rights and freedoms'

“I unequivocally condemn his apparent endorsement of extrajudicial killings, which is illegal and a breach of fundamental rights and freedoms,” Ban said in a statement posted on the UN website.

“Such comments are of particular concern in light of ongoing impunity for serious cases of violence against journalists in the Philippines,” the statement quoted Ban as telling UN correspondents at a New York reception on Wednesday, June 8.

Duterte won last month’s elections by a landslide largely due to an explosive law-and-order platform in which he pledged to end crime within 6 months by killing tens of thousands of suspected criminals.

He has since offered large bounties to security forces as well as the general public to kill drug traffickers.

“If they are there in your neighborhood, feel free to call us, the police or do it yourself if you have (a) gun. You have my support,” he told a weekend rally in his southern hometown of Davao city.

“Just because you’re a journalist you are not exempted from assassination, if you’re a son of a bitch,” he added.

Duterte raised the case of Jun Pala, a journalist and politician whose 2003 murder, like scores of other cases, has never been solved.

“I do not want to diminish his memory but he was a rotten son of a bitch. He deserved it,” Duterte added.

Duterte on Saturday also lambasted a local journalist, accusing him of “impertinence” when he questioned him about his health, asking to see his medical certificate.

“The son of a bitch. What if I asked him, ‘How’s the vagina of your wife? Is it smelly or not smelly?'” said Duterte.

The journalist, who was named by Duterte, later said the question had been asked by another reporter.

“Fuck you UN, you can’t even solve the Middle East carnage… couldn’t even lift a finger in Africa… shut up all of you.”

He made the comments as he expressed irritation at criticism voiced by foreign and local media groups over his remarks about killing journalists.

Ban’s comments were the most critical from any world leader about Duterte since he won the election. He is due to be sworn into office on June 30. – Rappler.com