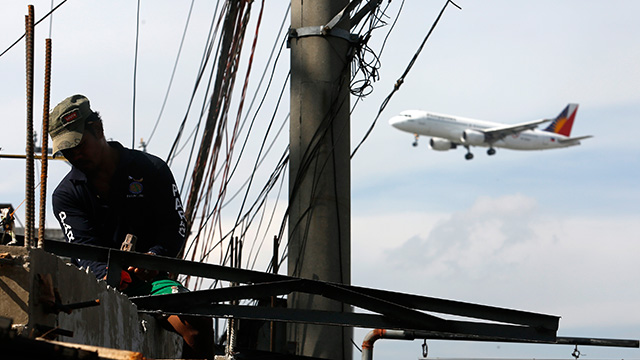 MANILA, Philippines (UPDATED) – A recent study by the World Bank showed that Filipinos continue to suffer from poverty despite being employed.

The World Bank revealed the highlights of its report entitled, “Labor Market Review: Employment and Poverty in the Philippines” on Friday, June 17.

Those considered underemployed are people with jobs who express the desire to have additional hours of work in their present job, to have an additional job, or to have a new job with longer working hours.

The Philippine economy has been steadily growing at around 5% to 6%, but Warwick said the issue is that “many of the newly created jobs are precarious and low-paying,” mostly found under the informal sector. (READ: Beyond the numbers: How Aquino fueled the economy)

He attributed the cause of in-work poverty among Filipinos to the low learning capacity of the poor, saying that 30% of workers who finished secondary education hold unskilled jobs and work as laborers.

Rutkowski added that there is a scarcity of productive, well-paying jobs, especially in the rural areas. 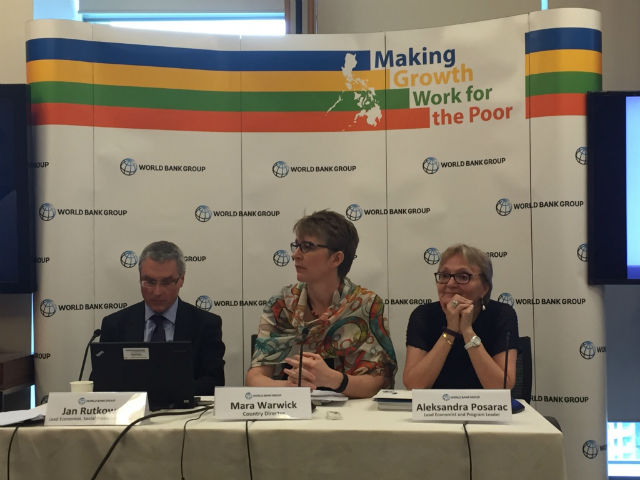 Rutkowski acknowledged that the growing Philippine economy produced jobs for Filipinos, but this did not necessarily improve the quality of jobs.

While this is not an issue unique to the Philippines, it is more pronounced here.

PSA data showed that underemployed persons who work for less than 40 hours a week accounted for 54.2% of the total underemployed in April 2016.

About 45.7% of the underemployed worked in the services sector, while 35.5% were in the agriculture sector.

“The problem has been that the jobs that are available are not meeting the aspirations of the young people entering the labor market… It’s the quality of jobs that matters,” said Rutkowski.

Job market mismatch has been a perennial problem in the Philippines, with labor advocates pushing for a long-term jobs road map to address it.

Labor Secretary Rosalinda Baldoz previously said that only 10 out of 1,000 Filipino applicants are getting hired because many lack the necessary skills needed for the jobs available in the market. 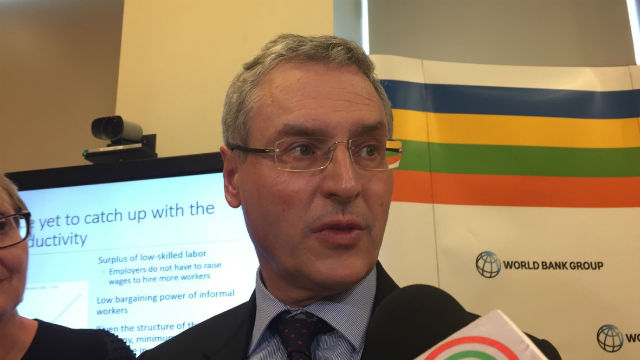 “Given the structure of the economy, minimum wage is ineffective in raising wage level,” he said.

Rutkowski said the World Bank recommends a tripartite response among the government, the employers, and the Filipino laborers to determine the best ways to solve this issue.

“But also workers from the informal sector need to be represented. They need to have a voice,” he said. 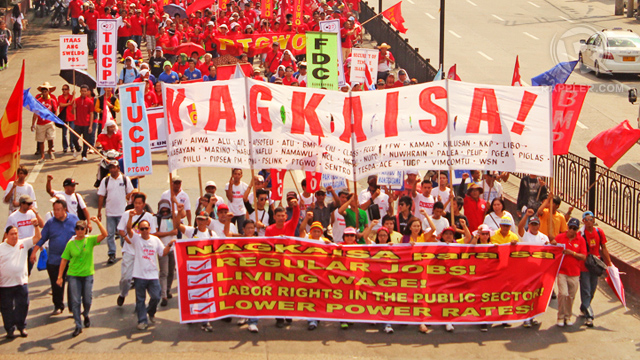 The World Bank recommended that government continue investing in education and skills of disadvantaged youth to raise their earning capacity, especially in the rural areas.

Rutkowski said the investment climate in the Philippines should likewise be improved.

“Lower the cost of doing business in the formal sector to create more and better jobs, and sustain high economic growth,” he said.

In an interview with dzRB on Saturday, Palace Communications Secretary Herminio Coloma Jr pointed out the World Bank report also discussed an accomplishment of the Philippine government.

(Isn’t an accomplishment that our economic growth was able to create enough jobs to respond to the needs of the growing labor force and that unemployment no longer increased?)

(We are called one of the fastest growing economies and we are Asia’s Rising Star or Asia’s New Darling. And that’s because we were able to stop an increase in unemployment.)

He then acknowledged that while the World Bank cited some lapses in the country’s labor policies, it also gave suggestions on how to solve them. – Rappler.com