Jun 21, 2016 8:32 PM PHT
Pia Ranada
Facebook Twitter Copy URL
Copied
He tells Filipino businessmen, 'Can you match the offer? Because if you cannot match the offer, I will accept the goodwill of China' 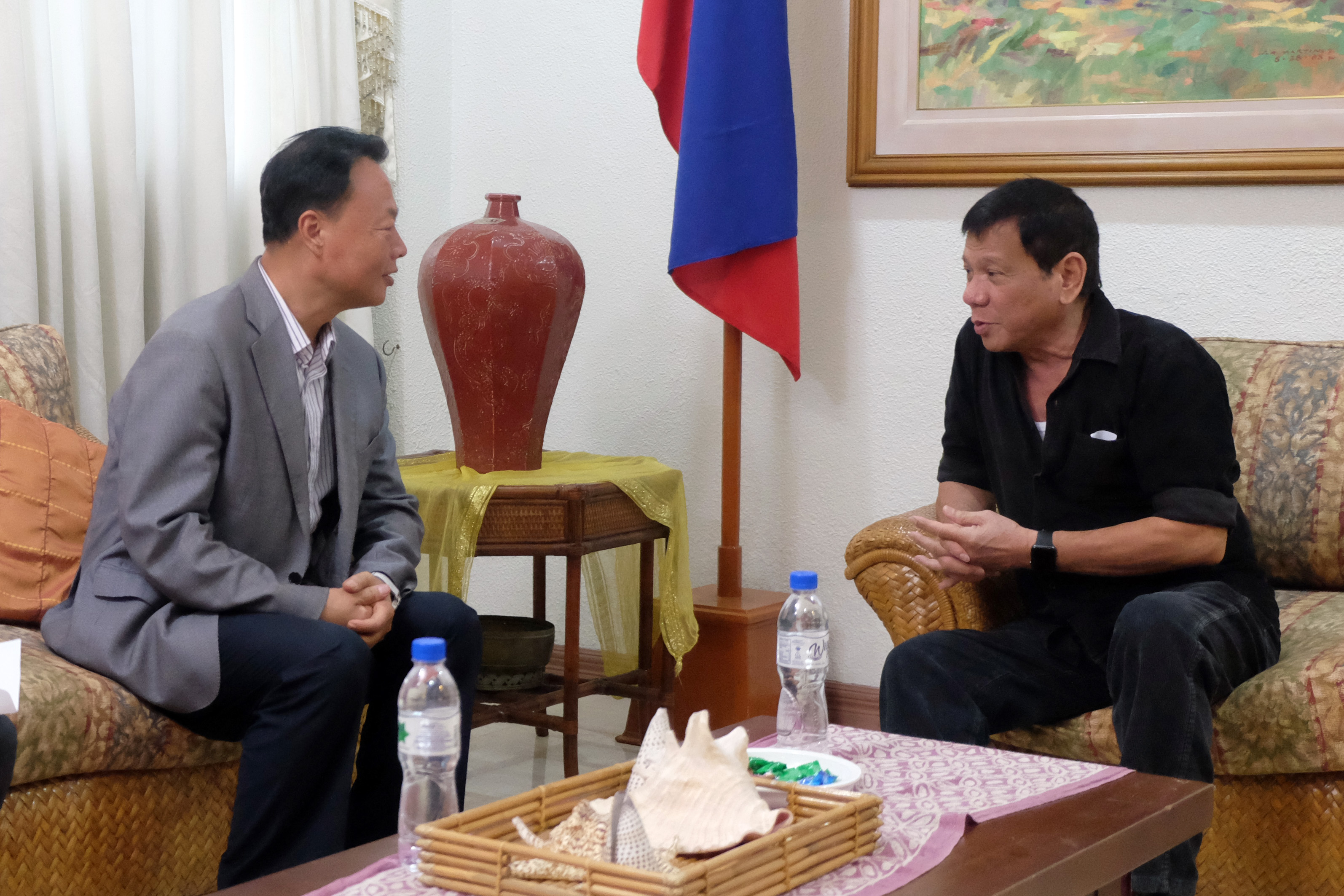 DAVAO CITY, Philippines – China can build the Philippines a railway from Metro Manila to Clark, Pampanga in two years.

This was the offer made recently by Chinese diplomats to Philippine President-elect Rodrigo Duterte.

“The ambassador said, ‘We will do the railway immediately and we will solve your Clark-Manila railway. We’ll use the shortest way.’ I don’t know how they’ll do it. But we will complete it in two years,” Duterte said during a speech on Tuesday, June 21.

The incoming president addressed businessmen and his own Cabinet appointees in a forum in Davao City.

The Chinese envoy also assured Duterte they have successfully built railways in Africa. They could do the same in Mindanao. Duterte, set to be the first Mindanaoan president, has said he will prioritize the construction of a railway for the southern island.

He said he reminded the Chinese representatives that he also wanted a railway from Tutuban, Manila to the Bicol region, and another one from Manila to Batangas.

Duterte had previously said his dream legacy would be to build these train lines for the Philippines.

On the campaign trail, Duterte had mentioned he would accept such train systems from China in exchange for agreeing to joint exploration of the disputed West Philippine Sea with the Asian economic giant.

But he said this recent offer from China did not come with talks on the maritime dispute.

“I was not ready to talk about [the dispute]. I was just asking how you can help us with the railway,” he said.

Duterte then asked the businessmen in the room: “Can you match the offer? Because if you cannot match the offer, I will accept the goodwill of China. My job is to see to it that the people are comfortable.”

The president-elect is so serious about China’s proposal that he wants incoming Transportation Secretary Arthur Tugade to go to China.

But a source has told Rappler that Tugade and 6 other Cabinet members already visited China. But there were no details about the purpose of the trip.

Tugade himself has said “radical” ideas are needed to fix the megacity’s transportation woes. – Rappler.com