Jul 12, 2016 5:06 PM PHT
Paterno Esmaquel II
Facebook Twitter Copy URL
Copied
(UPDATED) This ruling by an arbitral tribunal in The Hague, Netherlands, on the maritime dispute on the West Philippine Sea comes after a 3-year process pursued by Manila but snubbed by Beijing 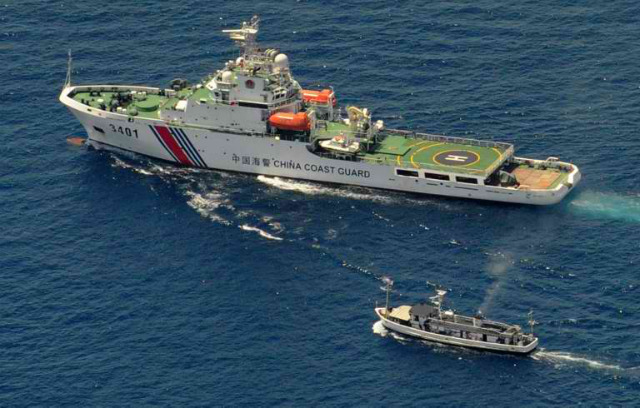 MANILA, Philippines (3rd UPDATE) – The Permanent Court of Arbitration (PCA) on Tuesday, July 12, said an arbitral tribunal has ruled in favor of the Philippines in its historic case against China over the West Philippine Sea (South China Sea).

The PCA said the tribunal “concluded that, as between the Philippines and China, there was no legal basis for China to claim historic rights to resources, in excess of the rights provided for by the Convention, within the sea areas falling within the ‘9-dash line.'”

The tribunal said that “all of the high-tide features in the Spratly Islands (including, for example, Itu Aba, Thitu, West York Island, Spratly Island, North-East Cay, South-West Cay) are legally “rocks” that do not generate an exclusive economic zone or continental shelf.” (READ: FAST FACTS: South China Sea dispute)

In a statement, Philippine Foreign Secretary Perfecto Yasay Jr said the Philippines “welcomes” the award from The Hague.

“Our experts are studying the Award with the care and thoroughness that this significant arbitral outcome deserves. In the meantime, we call on all those concerned to exercise restraint and sobriety,” Yasay said.

Yasay added that the Philippines “strongly affirms its respect for this milestone decision” to help address disputes in the South China Sea.

He added that the decision “upholds international law,” particularly the 1982 United Nations Convention on the Law of the Sea.

The 501-page document was uploaded shortly after 11 am in The Hague time (5 pm in Manila), and was accompanied by a shorter, 11-page press release summarizing key parts of the award.

The tribunal had the following key rulings:

The so-called “9-dash line” is invalid: “The Tribunal concluded that there was no legal basis for China to claim historic rights to resources within the sea areas falling within the ‘9-dash line.'”

Reclaimed islands have no exclusive economic zone: “The Tribunal noted that the current presence of official personnel on many of the features is dependent on outside support and not reflective of the capacity of the features… (and) ….that none of the Spratly Islands is capable of generating extended maritime zones.

“The Tribunal found that it could – without delimiting a boundary – declare that certain sea areas are within the exclusive economic zone of the Philippines, because those areas are not overlapped by any possible entitlement of China.”

China has behaved unlawfully: “China had violated the Philippines’ sovereign rights in its exclusive economic zone. The Tribunal further held that Chinese law-enforcement vessels had unlawfully created a serious risk of collision when they physically obstructed Philippine vessels.”

Beijing has damaged the environment: China’s large-scale land reclamation has “caused severe harm to the coral reef environment and violated its obligation to preserve and protect fragile ecosystems.”

Island building should have stopped during the dispute process: The panel said it had no jurisdiction over the military standoff at Second Thomas Shoal, where Chinese and Philippine military and law enforcement vessels are locked in confrontation.

However, “China’s recent large-scale reclamation and construction of artificial islands was incompatible with the obligations on a state during dispute resolution proceedings, insofar as China has… destroyed evidence of the natural condition of features of the South China Sea that formed part of the Parties’ dispute.”

This ruling by an arbitral tribunal in The Hague, Netherlands, comes after a 3-year process pursued by Manila but snubbed by Beijing.

The Philippines made the following moves in pursuing the case for the past 3 years:

Philippine President Rodrigo Duterte said he wanted to wait for this ruling before deciding on the Philippines’ next moves in the sea dispute.

Yasay earlier said he is open to bilateral or one-on-one talks with China after the tribunal releases its ruling. – with reports from Agence France-Presse/Rappler.com