Duterte to gov’t employees: One whiff of corruption, you’re out 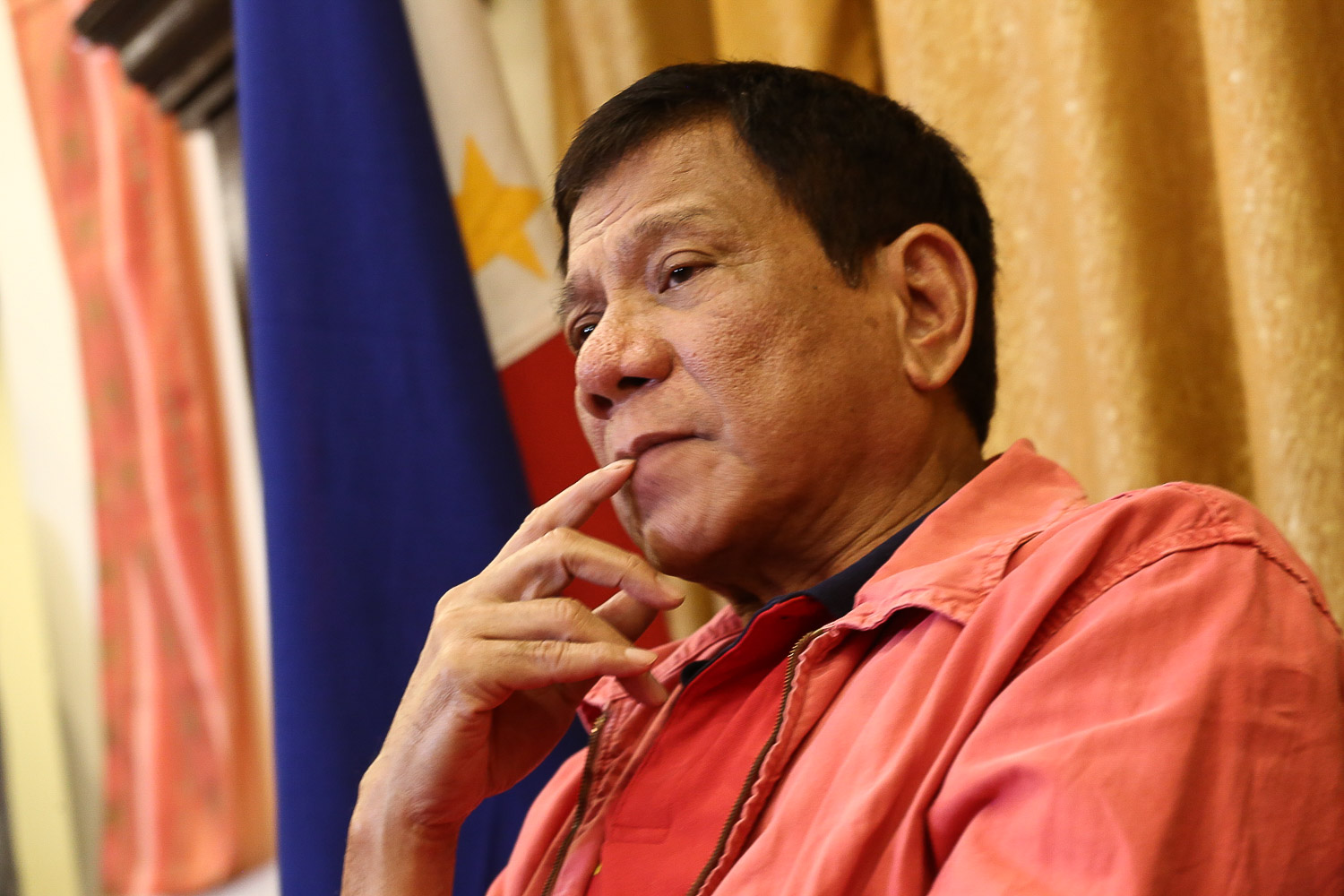 DAVAO CITY, Philippines – President-elect Rodrigo Duterte says he won’t tolerate even a whiff of corruption from any government employee under his administration.

“Huwag na huwag talaga akong makarinig na corruption, [not] even a whiff or whisper. I will fire you or place you somewhere. Mamili kayo: ComVal [Compostela Valley], Jolo,” he said on Wednesday, June 22.

(I shouldn’t hear anything about corruption, [not] even a whiff or whisper, I will fire you or place you somewhere. Choose: Compostela Valley, Jolo.)

Duterte was attending the oath-taking of Senator Manny Pacquiao in Sarangani that day.

He mentioned two specific agencies deemed among the most corrupt in government: the Bureau of Internal Revenue and Bureau of Customs.

“Ang BIR, an institution known to be corrupt since time immemorial, kailangan huminto na kayo (you have to stop),” he said.

As for corrupt Customs employees, he said they earn so much from corruption that their salaries are more like an allowance.

“This time, you have to change your lifestyle. Less expense – maybe if you buy a car every other year, make it 5 years. Try to be just an ordinary government worker,” he said.

He also directed the spotlight on the Philippine National Police. He alleged there are around 3 police generals involved in illegal drugs.

“In the higher echelons of the command, there are about 3 generals who are really tainted with drugs,” he said.

Without giving more details about the identity of the generals, Duterte told them to resign or face public humiliation.

Stamping out corruption is one of Duterte’s major campaign promises. On the campaign trail, he had heavily criticized the Aquino administration for not doing enough to hold abusive officials accountable. – Rappler.com