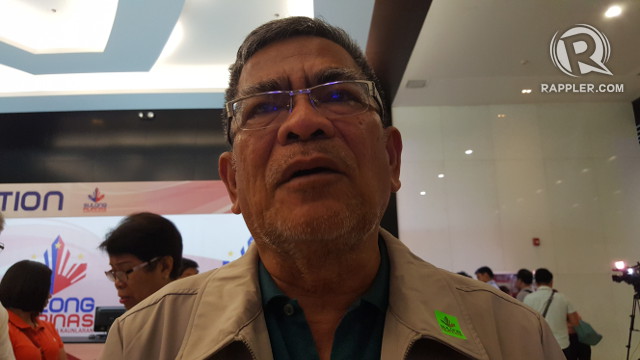 “We are coming up with a list of local executives, up to the barangays, who are involved with drugs,” Sueno told Rappler on the sidelines of a business forum in Davao City on Tuesday, June 21.

The list is similar to one being compiled by incoming Philippine National Police (PNP) chief Ronald “Bato” Dela Rosa, of policemen allegedly involved in drugs.

While Sueno declined to give the number of names in the list, he said there are “many” LGU officials, particularly barangay captains, who are believed to be involved in the illegal trade.

Many of these alleged tainted LGU officials are in Mindanao and Luzon. There are also some in Visayas, especially in Region 6 or Western Visayas, he said.

Sueno and his team are now gathering evidence so they can file cases against them.

The Duterte administration, he revealed, will use a different strategy for those who cannot be pinned down due to lack of evidence.

(Regarding those local executives we would have difficulty coming up with drug-related evidence, we were told, do some spadework as they may have other cases, like administrative ones or otherwise not related to drugs. That’s where we’ll hit them.)

Sueno also talked about his plans for the DILG. He said he would shift the focus to barangays, the smallest political unit in the Philippines.

“The past administration focused on provinces, cities, municipalities, especially with the seal of good governance, but we have not gone down to the barangays yet so we will focus more on the barangays,” he said.

Sueno wants to empower barangays because he believes they are critical to Duterte’s fight against drugs, crime, and corruption.

Sueno and outgoing Interior Secretary Mel Senen Sarmiento have begun the transition process. Sueno was in Manila from June 12 to 17 to meet with outgoing officials.

Sueno’s ability to coordinate with the Philippine National Police, an agency under the DILG, will also be crucial to his anti-drug campaign.

He said he “likes” incoming PNP chief Dela Rosa. “I think we will work well together.”

But Sueno also wants to address the other side of the anti-drug equation: the drug addicts.

In South Cotabato, where Sueno had served as governor, close to 200 drug addicts have surrendered to the police, he said.

The phenomenon is happening in other places in the country as well, such as in Quezon City where some 300 drug addicts and pushers have surrendered.

Sueno said this could create a problem of exacerbating congestion in municipal jails. The best way to deal with this eventuality, he said, is to place drug addicts in rehabilitation centers instead.

His vision of these centers is tied up with education initiatives. He wants drug addicts to undergo training under the Technical Education and Skills Development Authority (TESDA).

“Initially, we thought of training them through TESDA. Those who have not graduated yet, we will have them educated through the Alternative Learning System,” he said.

For this, he will need the help of incoming education secretary Leonor Briones.

“We will consult DepEd also on how we can put up rehabilitation centers in different regions, starting with Region 6,” he said.

The incoming PNP chief has identified Region 6 or Western Visayas as one of the drug hot spots in the country. – Rappler.com