Abu Sayyaf’s release of Flor was ‘act of goodwill’ 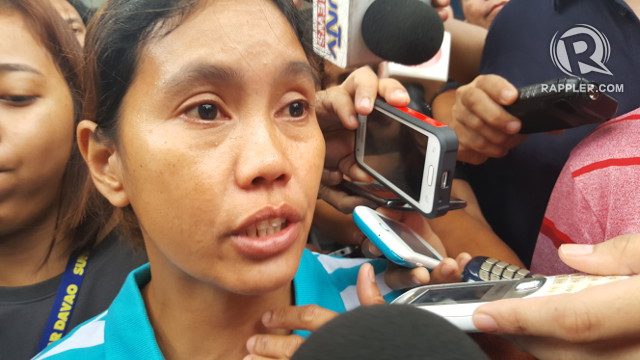 Her release was an “act of goodwill” by the Abu Sayyaf, incoming peace process adviser Jesus Dureza told media later that day.

“According to [Sulu] Governor Sakur Tan, it was an act of gesture of goodwill. Because they knew that President-elect [Rodrigo] Duterte wanted badly the release of the hostages,” said Dureza.

Dureza flew to Jolo, Sulu that morning to pick up Flor. Before that, he was in Zamboanga City still awaiting word if the Norwegian hostage Kjartan Sekkingstad would also be released that day.

“We were waiting until noon time for the possible release of the Norwegian so I did not immediately take off for Jolo only to be informed there was no more time left for today so we picked up Marites,” he said.

Talk of the possible release of hostages was initiated when Dureza flew to Oslo, Norway to broker peace talks with Filipino communist leaders.

It was there where he met with the Norwegian foreign minister who asked if Duterte could help negotiate the release of their countryman and Flor.

The minister and Duterte talked on the phone.

Dureza then got in touch with his local contacts, including Sulu Governor Abdusakur Tan who contacted the Abu Sayyaf.

Sekkingstad’s release is still being negotiated.

After picking up Flor, Dureza accompanied her to Davao City where she was presented to Duterte on the sidelines of the turn-over of command ceremony of the Davao City Police at their headquarters.

Asked why she was presented to Duterte and not to President Benigno Aquino III, Dureza said, “Don’t ask me that. Ask that of President Aquino’s officials.” Flor still appeared shell-shocked when she faced the media Friday afternoon. But the relief in her face and voice was unmistakable.

(As of now, I’m okay because I am free and alive. I just want to thank all those who helped: Sir Jess Dureza, Governor Sakur Tan, and the newly-elected President Rodrigo Duterte.)

She said the Abu Sayyaf still plan to kill Sekkingstad if they do not receive the ransom money.

Flor said the leader of the Abu Sayyaf group had woken her up early that morning.

They walked in the dark for a long time. Flor had no idea where they were.

Tears fell and her face crumpled when she recalled the day her captors beheaded her fiancé, Canadian Robert Hall.

She did not witness the beheading herself.

She described hellish treatment at the hands of the Abu Sayyaf.

(They treated us like dogs, like kids – if we did something wrong, we were beaten up. They made us eat from the ground.)

While she was slapped twice in the face, her fellow hostages were beaten up. – Rappler.com