A Filipino farmer’s plea: ‘Support us, love us’

Jun 27, 2016 12:56 PM PHT
Danielle Nakpil
Facebook Twitter Copy URL
Copied
In a forum hosted by the Asian Development Bank, farmers talk about the problems they face and the possible solutions that government and public sector can do 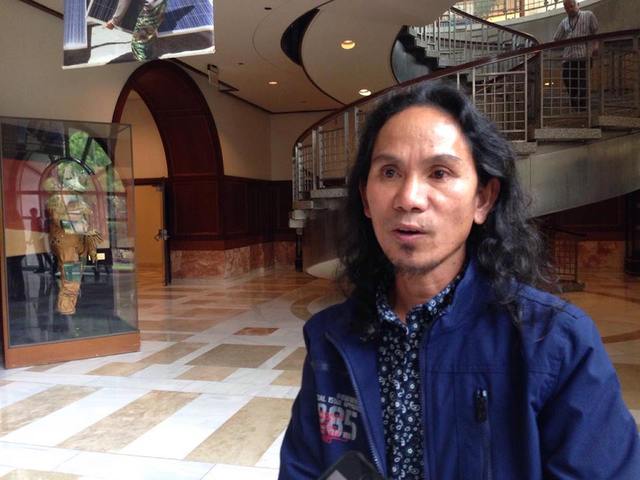 MANILA, Philippines – Farmers have been starving, farmers have been dying. It’s a paradox that everyone hoped was an April Fool’s Day gag, but it was too sick to be a joke.

On April 1, 2016, one farmer was shot dead while 13 others got wounded in Kidapawan City after thousands of farmers protested and demanded for 15,000 sacks of rice from the local government.

These 3,000 farmer protesters had no food to eat due to the drought that plagued their area in Northern Cotabato. Ironically, farmers were starving and worse, this is not an unusual scene in the Philippines.

Climate change, low prioritization from the government, and land reform. These are just some of the many problems farmers in the country have been experiencing, according to the representatives of the farming sector who participated in the 2016 Asian Development Bank Food Security Forum on Friday, June 24. 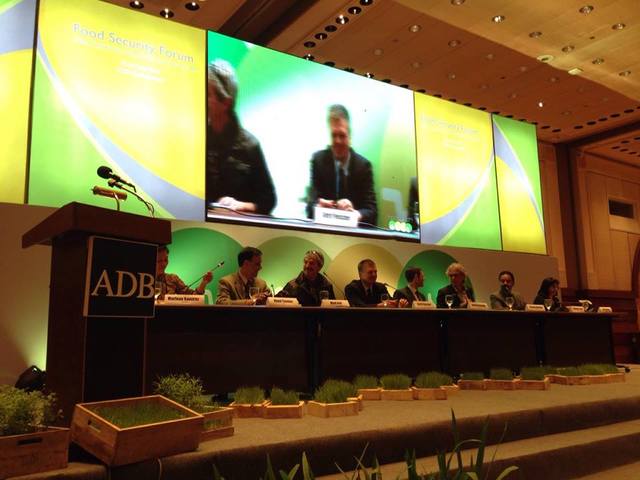 The Kidapawan Massacre was a grim representation of the truth, but this unnecessary shedding of blood could have been avoided if these agricultural issues were addressed, according to experts.

‘Support us, love us’

Everything should start from loving the farmers and giving due importance to them. This is what Jonjon Sarmiento, sustainable agriculture program manager of the Pambansang Kilusan ng mga Samahang Magsasaka (PAKISAMA) (National Movement of Farmers’ Associations), said.

This was Sarmiento’s closing statement as he ended his speech. Hundreds of the forum’s delegates from all over the world broke into the loudest applause ever given to a panelist in the 3-day forum.

“Matagal nang nasasaktan kaming magsasaka,” a quite emotional Sarmiento told Rappler after his talk. (We’ve been hurt for a long time.)

According to him, farmers are not considered as pillars of this country’s economic growth and development. Agriculture accounts for 10% of the country’s Gross Development Product (GDP), and is the third-largest employer in the labor sector. (READ: ‘Inclusive growth must start with agriculture’)

Despite this, the agrarian sector remains the poorest in the country. Farmers starve, and as a result, young people become more and more disinterested in engaging in farming as a means of livelihood.

Aside from the lack of support from the government and the general public, Sarmiento enumerated more challenges for farmers that should be given attention.

“The number one challenge today is climate change. Whether you are a lease holder, a land owner, or you’re a haciendero, you’re affected by climate change,” the 44-year-old farmer said. 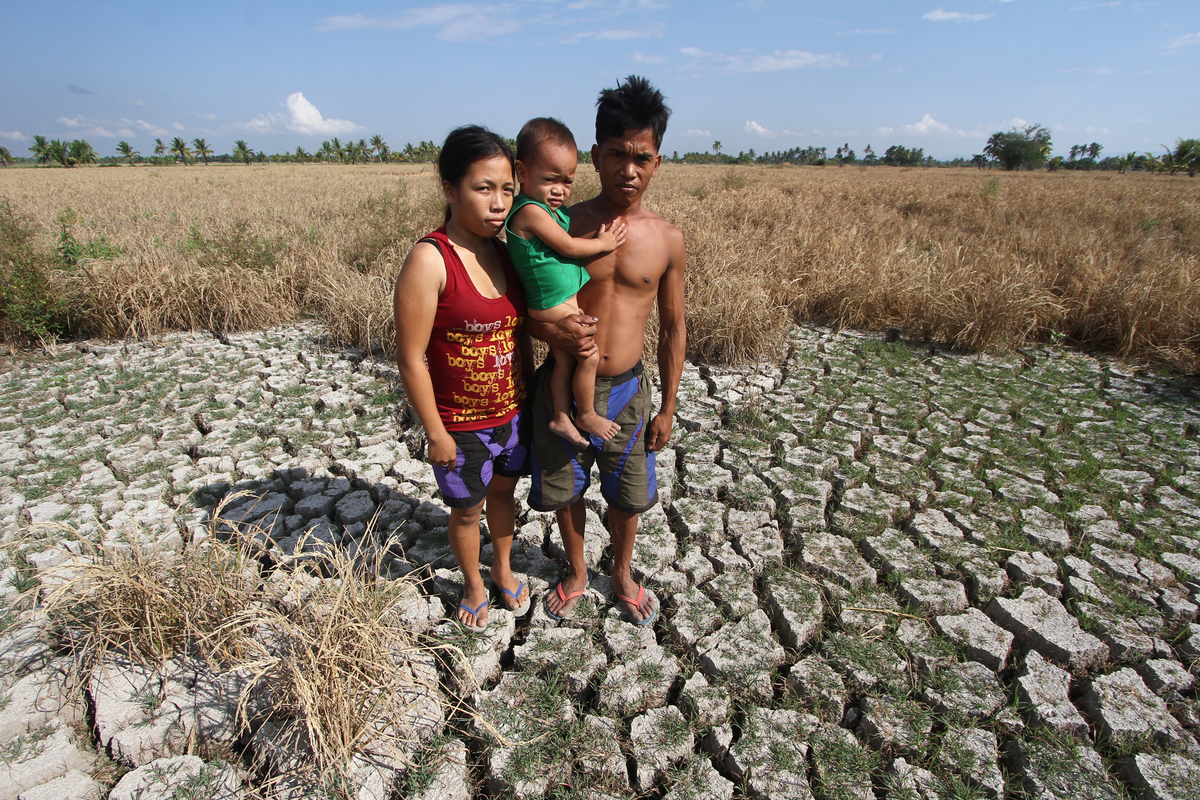 According to the forum, climate change affects food supply by reducing crop yields. In a country like the Philippines, farm plans help equip farmers for both storms and droughts. These are made so that they can easily cope and rebuild their farms once destroyed by strong typhoons.

Unfortunately, majority of farmers still lack information about this. This is what Sarmiento does as head of PAKISAMA’s sustainable agriculture program.

“Most of the technology are fixed. We have a lot of technologies which systems are fixed. These cannot cope with climate,” Sarmiento added.

What happened in Kidapawan City was a perfect picture of the effects of climate change that farmers suffer from, and whose effects they will continually face.

“There should be a rain water facility during the summer season. Farmers should also have crops to withstand the heat to avoid what happened in Kidapawan,” Sarmiento proposed.

PAKISAMA is a people’s organization that helps build farm plans for farmers all around the country. Sarmiento’s farm in Victoria, Oriental Mindoro was ravaged by Typhoon Nona in December 2015. Because of an effective farm plan, however, Sarmiento was able to recover easily.

Another perennial problem that has stricken Filipino farmers is their lack of access to agricultural lands. According to Sarmiento, the Comprehensive Agrarian Reform Program (CARP) has not entirely solved these problems due to many loopholes in the law. Thousands, if not millions of farmers, still have no land or freedom to till their rented lands, at the very least.

“The second challenge is that farmers in the Philippines don’t have their own land. That is the failure of the farming sector here.”

Majority of the agricultural lands in the country have absentee landlords. This is another circumstance that limit farmers from maximizing the land and from producing as much crops as possible.

He added that farmers cannot build climate-resilient technologies because they don’t have freedom in the lands they till in the first place.

“This is the challenge that we have to conquer as soon as possible,” he said in Filipino.

PAKISAMA farmers are in high hopes that land distribution will immediately be pushed as incoming Department of Agrarian Reform (DAR) Secretary Rafael Mariano promises to take immediate action in reviewing the land beneficiaries. Mariano is a well-known land reform advocate.

One farmer equates to thousands

Lastly, Sarmiento cannot emphasize enough how the farming culture in the Philippines is disintegrating. Young people do not even show interest in farming anymore, even those living in the provinces. Everyone aspires to go overseas or enter the Business Process Outsourcing (BPO) industry, according to him.

What Filipinos do not realize is how significant farmers are to the country’s food security. People do not realize that in a town in Central Luzon, where majority of the nation’s rice supply comes from, a 72-year-old farmer gets up before sunrise every single day to provide Filipinos the luxury of an extra cup of rice every meal.

If farmers were prioritized and given enough significance, the economy of the Philippines may have boomed long ago because of the agriculture sector. The Kidapawan Massacre could have been avoided and most important of all, farmers would get the respect they deserve for feeding the entire country, Sarmiento noted.

“If a society loves their farmers, there’s nothing to fight about.” – Rappler.com

Danielle Nakpil studies Journalism in the University of the Philippines Diliman. She writes for Rappler Sports and is currently an intern for MovePH.