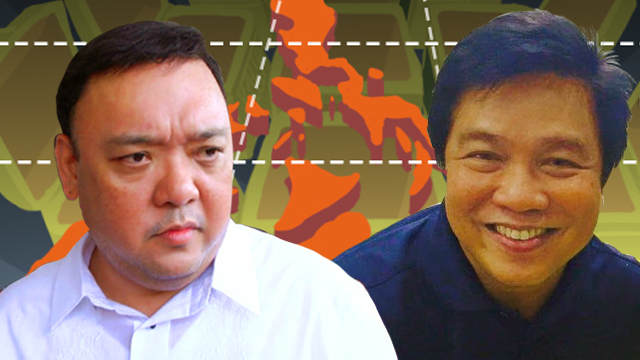 MANILA, Philippines – Kabayan party-list Representative Harry Roque said on Thursday, July 7, that federalism will not solve the longstanding problems of corruption and poverty in the country.

Legislators in the 17th Congress have filed bills and resolutions calling for either a Constitutional Convention or a Constituent Assembly to pave the way for federalism. (READ: Drilon files Con-Con reso to ‘review’ 1987 Charter)

Under this form of government, the country is broken down into autonomous regions that will have primary responsibility over their laws, finances, as well as the development of their industries, public safety, education, healthcare, transportation, recreation, and culture. (READ: Will federalism address PH woes? Pros and cons of making the shift)

The national government will focus on issues with nationwide impact such as foreign policy and defense.

Roque, however, said there could be uneven development among states if federalism pushes through.

(There was a study by our national treasurer during the term of former president Fidel Ramos where this suggestion began. Only 3 regions can stand on their own feet under a federal system – NCR, Region 3 and Region 4, the Southern Tagalog regions.)

The lawmaker added that changing the form of government will not solve corruption and poverty if their root causes are not addressed.

(Let’s stick to the status quo. Let’s solve the problems of criminality, hunger first within the existing form of government.)

According to Roque, the call for federalism did not come directly from Filipinos as well.

(No one is willing to die because they want a federal form of government. This is an initiative from the top.)

But he said that if the Duterte administration is serious about charter change, it should be pursued now.

(From President Ramos up to President Benigno Aquino III, they kept on saying that they would change the Constitution. If they really want to amend or revise provisions under the Constitution, we should do this now.)

Batocabe said he prefers the mode of Con-Con to be adopted to change the Constitution.

In the meantime, he suggested that government offices be transferred to other parts of the country to stop the concentration of power, wealth, and manpower in “imperial” Manila.

(The easiest one I could think of was a proposal during the administration of former president Gloria Macapagal-Arroyo. There was a proposal to bring government offices to the provinces.)