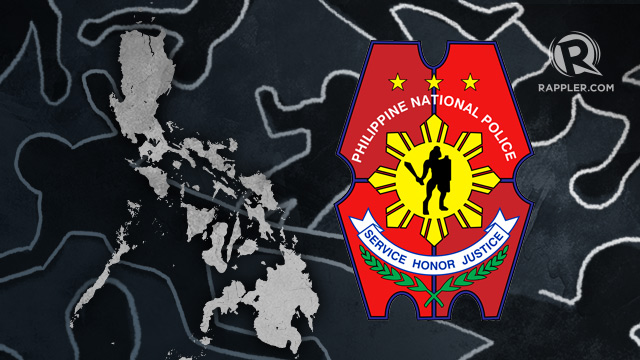 MANILA, Phillippines – Two lawmakers are pushing for congressional inquiries into the rising number of drug suspects killed during encounters with the police.

Ifugao Representative Teddy Brawner Baguilat Jr has filed House Resolution No 61, seeking an investigation in aid of legislation on the rising number of drug suspect killings by police officers.

Baguilat said in a statement on Thursday, July 7, that the 1987 Constitution mandates that no one should be deprived of life without due process of law. He added that all accused are presumed innocent.

“The spate of extrajudicial killings of suspected drug criminals by people we expect to uphold the law hints at a disrespect for the Constitution and the deterioration of the rule of law, and if we don’t stop it or look into its causes, soon enough, people will take the law into their own hands, leading to anarchy and the disintegration of society,” said Baguilat.

In his resolution, Baguilat noted “at least 23 persons suspected of violating laws against illegal drugs have been killed by law enforcers under vague circumstances” since President Rodrigo Duterte’s inauguration on June 30.

Duterte previously offered million-peso bounties for the capture or death of drug lords as part of his tough stance against crime and illegal drugs use. He also endorsed citizens’ arrest and capture of those involved in the drug trade.

Still, Baguilat noted Presidential Spokesperson Ernie Abella’s statement that the rising body count of drug suspects is a cause for concern for the Duterte administration and that it could indicate the “depth of the drug menace” in the Philippines.

The National Union of People’s Lawyers have also called the alleged summary executions of drug suspects as “madness.”

For Baguilat, these mean that there is clamor from the public and the government to look into the “disturbing trend of extrajudicial killings of suspected drug criminals.”

The lawmaker said the killings may be due to police officers’ lack of equipment, training, ethics, and respect for the law and people.

“This only adds justification to the investigation I am calling for. If our police need more support to effectively fight the drug war, then proper legislation can guarantee they get the support they need,” Baguilat said.

“All good Filipinos abhor illegal drugs. But the war on drugs cannot be fought at the cost of innocent lives, the very people that the war is trying to protect. For the sake of innocent and law-abiding Filipinos, we must ensure that the law, the Constitution is upheld even in the face of a desperate war against drugs,” he added.

‘No to killing fields’

Senator Leila de Lima said she will file a similar resolution in the Senate.

“We have to look into that in aid of legislation. Dumadami at (The number is rising and) there are just telltale signs of summary executions in a number of them,” said De Lima, who had served as justice secretary and Commission on Human Rights chairperson in the past two administrations.

The neophyte senator said in Filipino that while some of the deaths might have been “legitimate, meaning [the suspect] fought back, that can’t possibly be the case for all of them.”

De Lima wondered aloud how the cases share the same story – the suspects were shot because they tried to grab the gun of the arresting officer.

“Kasi lahat na lang ng ganung naririnig nating cases nirereport na cases na the police would say nangagaw ng baril. Lahat ba yan? (All these cases being reported say the suspects tried to grabe the gun of the police. Does that apply to all of them?) To me there are tell-tale signs of summary killings in some of them; in many of them. And in fact, we don’t have yet the correct figures,” she said.

“We have to look into the legitimacy the manner the method by which these police enforcers are doing their job. So that would definitely be in aid of legislation – we can come up with the right bills by which, for example, we try to institutionalize the current operational procedures of the PNP, PDEA, etc,” De Lima added.

The senator said that while the intensified campaign against illegal drugs under the new administration is “very laudable,” human rights and due process should not be sacrificed.