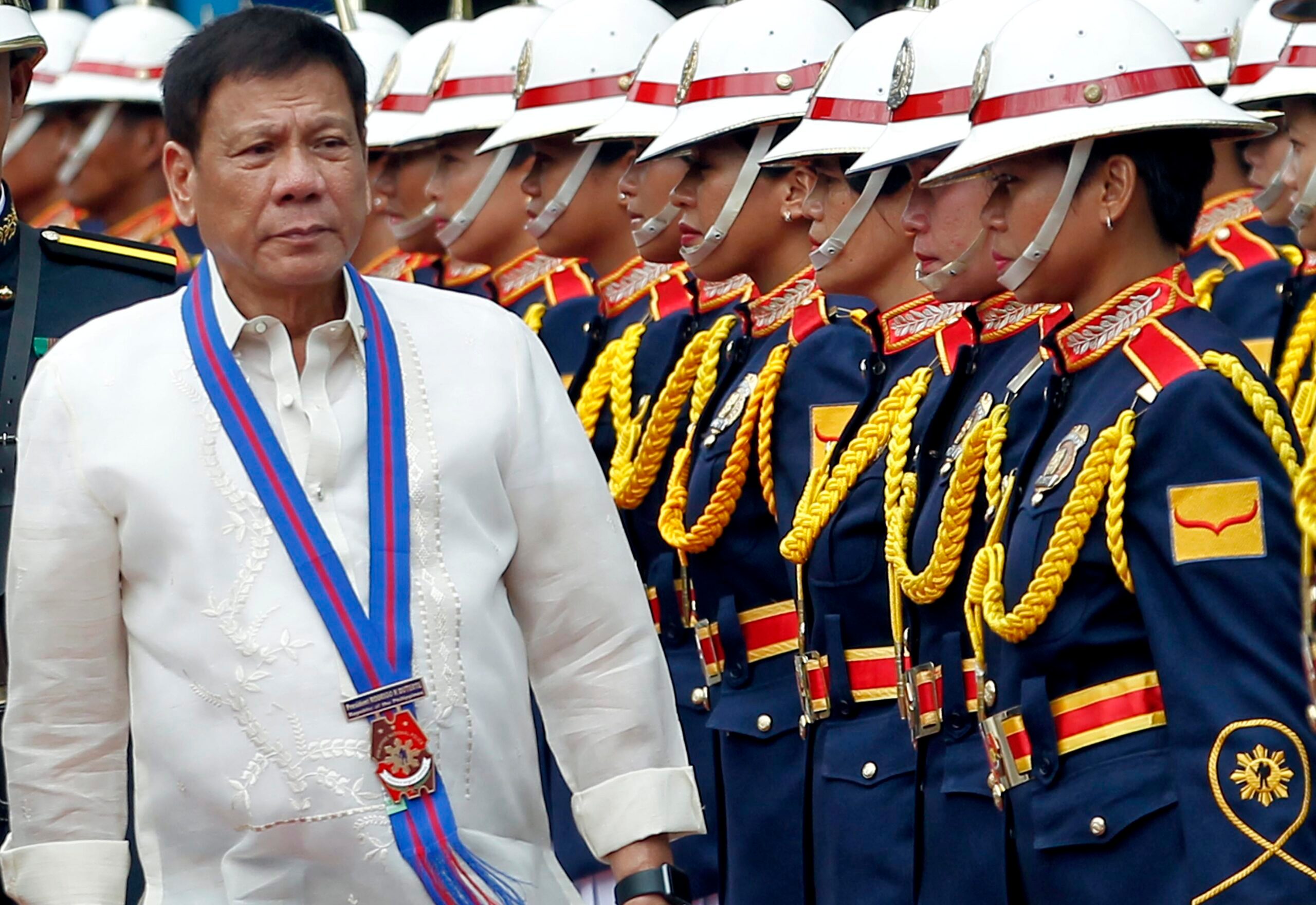 MANILA, Philippines (UPDATED) – For President Rodrigo Duterte, the Abu Sayyaf does not fit his definition of a criminal group.

Duterte made the distinction while addressing Muslim leaders in Davao City on Friday night, July 8. This makes him the first Philippine president not to brand the Abu Sayyaf as a band of criminals since the group emerged in the early 1990s.

“I am not including Abu Sayyaf dito sa [in the definition of] criminality. You never heard me say, ‘Mga kriminal (They are criminals),'” he said at the Mindanao Hariraya Eid’l Fit’r 2016 held at the SMX Convention Center in Davao City.

Duterte explained that the situation in Muslim Mindanao drove members of the group to desperation. “It is a different set up there because these are the guys driven to desperation,” he said.

“From Nur (Misuari) to ARMM (Autonomous Region in Muslim Mindanao) there was no sufficient semblance of governance. That’s why they were pushed to the wall. They became radicalized,” the President added. (READ: Does it make sense to talk with the Abu Sayyaf?)

Though Duterte appears hesitant to label them as criminals, the terrorism and crime nexus is well-established.

Intelligence from law enforcement agencies indicates that the Abu Sayyaf network is also engaged in criminal activities like drug trafficking and robbery, aside from the crime of kidnap for ransom.

Duterte previously warned the Abu Sayyaf that a “time of reckoning” would come for them.

Chief Peace Adviser Jesus Dureza has received overtures from a supposed representative of the terrorist group. But Dureza has maintained that no discussion of ransom will be made during these talks.

Malacañang clarified on Saturday, July 9, that the President’s statement does not mean that the government would no longer run after the Abu Sayyaf.

(He is not condoning their actions, but he is just providing context to their actions, that they were forced to desperation. So that’s that. In other words, he [Duterte] understands what they’re doing but they still have to answer for their actions.)

He explained that Duterte just “provided the context” to the Abu Sayyaf’s activities and motives.

(I believe the context of the President’s statement is that he understands where they’re actions are coming from….That’s it. They’re not just involved in crime in the sense of just ordinary bandits, they’re coming from something [deeper], they have a motive, but they still have to be answerable fo their actions.)

Since the Abu Sayyaf entered the country’s security landscape in the early 1990s, it has been tagged by Philippine presidents as a bandit group. In rejecting the prospect of negotiations with the Abu Sayyaf towards the end of his term in 1998, President Fidel Ramos dismissed its members as criminals, a view shared by the rest of his successors until Duterte.

The terrorist group gained international notoriety after several abductions involving mostly foreigners, particularly the incident in a dive resort in Sipadan, Malaysia, where it kidnapped 10 tourists and 11 resort  workers in 2000.

The group is also responsible for the SuperFerry 14 bombing in Manila that killed over 100 people in 2004. The Abu Sayyaf, however, is seen as more focused now on kidnap-for-ransom activities targetting foreigners, a lucrative business that has seen the group even outsourcing some of its operations.

The group recently beheaded two Canadian hostages for non-payment of ransom, and threatened to kill a Norwegian hostage for the same reason.

It is also responsible for the spate of abductions in the seas between the Philippines and Indonesia, which had prompted the Indonesian government to ban ships from sailing to the Philippines.

Malaysia has also suspended the long-standing barter trade in Sabah’s east coast following the abductions, driving up food prices in parts of the southern Philippines. – Rappler.com