Most contraceptives to run out by 2018 – PopCom

Jul 13, 2016 1:21 PM PHT
Jee Y. Geronimo
Facebook Twitter Copy URL
Copied
(UPDATED) 'Filipino women will be left with a limited number of expensive products by then as the more affordable products will lose their certificates in 2017,' says the Commission on Population 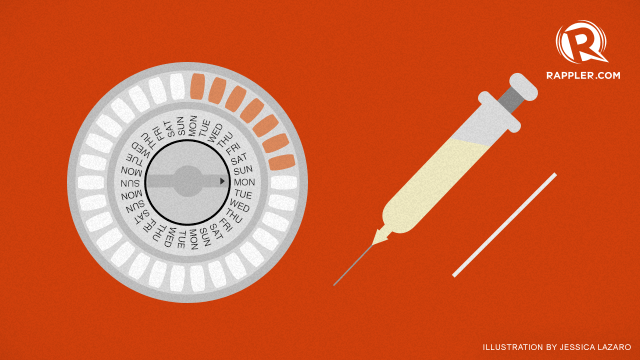 The Commission on Population (PopCom) said almost 90% of contraceptive brands will no longer be available by 2018, which will make the reproductive health (RH) law “ineffective.”

“This situation will make the most important elements of the [Responsible Parenthood and Reproductive Health] Law ineffective and deprive Filipino women and men of their reproductive health and rights,” PopCom executive director Juan Antonio Perez III said in a statement sent to Rappler on Wednesday, July 13, as he urged the lifting of the TRO.

The SC in 2015 temporarily stopped the health department’s distribution and sale of implants, a contraceptive that can prevent pregnancies for up to 3 years.

The High Court also prohibited the Food and Drug Administration (FDA) from “granting any and all pending application for reproductive products and supplies, including contraceptive drugs and devices.”

According to PopCom’s summary sent to Rappler, a total of 48 modern family planning commodities had FDA certificates on June 17, 2015 – the date when the TRO was issued.

As of July 2016, the FDA certificates of 14 commodities already expired. The certificate of another injectable is set to expire by December 2016.

By 2018, the certificates of almost 90% of the family planning commodities will expire, unless the SC lifts the TRO.

With the expiration of the FDA certificates, PopCom said couples will have limited brands of contraceptives to choose from.

“Filipino women will be left with a limited number of expensive products by then as the more affordable products will lose their certificates in 2017,” the commission added.

Meanwhile, PopCom said the subdermal implants bought by government and are now on stock in the health department’s warehouses “will all go to waste.” These implants will expire by 2018.

The latest report on the implementation of the RH law revealed that despite the TRO, the use of modern family planning methods in the country still increased in 2015.

“We need to exert greater efforts to reduce the unmet need for family planning and reproductive health services by 4 to 5 million couples and individuals who want the services to limit or space their children in their reproductive year,” Perez said.

Perez told Rappler that the Office of the Solicitor General already filed a motion to lift the TRO in 2015.

Another motion filed last June 24 also asked the SC to allow the distribution of existing units of implants “before their expiration dates pending resolution of this case.”

Benjamin de Leon, president of the Forum for Family Planning and Development, also urged the SC justices to “uphold the law and lift the TRO.”

After all, the health agenda of the Duterte administration, he said, “is clear in addressing unmet need for family planning and RH.”

“There should not be any barriers to access to RH…. We assert that the TRO impacts the implementation of the RH Law because it limits family planning services by the Department of Health and all public health facilities that cater to majority of Filipinos, particularly the poor,” de Leon added.

Pernia said an earlier and full implementation of the law could have helped accelerate poverty reduction in the country. – Rappler.com